The company will be demonstrating STREAMZ and their BLUWAVS 7.1 HDMI Surround headphones during the 2014 CES Expo, held in Las Vegas from January 710, booth #54009 (inside the iLounge of the LVH Hall).

With its built in Android processor, WIFI, Bluetooth, and storage, STREAMZ simplifies and enhances the entertainment experience when enjoying streaming or stored music, movies, games and TV shows.

"When it comes to entertainment there is only one thing more valuable than free, and that is simplicity," said STREAMZ CEO Douglas Kihm. "You no longer need to bother with a separate player since it's all built inside. Many people don't want the hassle of carrying, connecting, and draining the battery of their phone or music player. STREAMZ replaces multiple headphones so that you can enjoy all of your entertainment from any device with one simple-to-use pair of headphones." 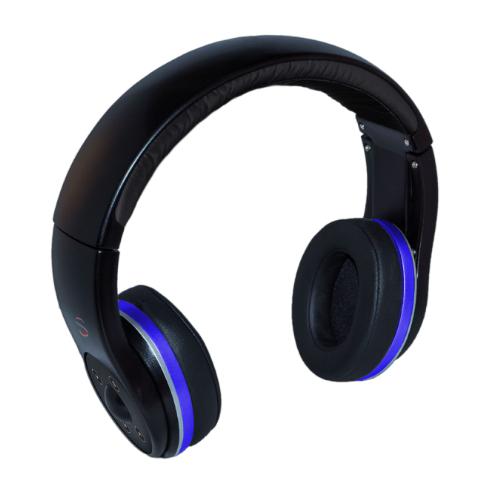 First Headphones to Incorporate Both Auto Detect WIFI and Bluetooth

STREAMZ makes listening to any source of music and audio fast and easy. STREAMZ incorporates both Smart WIFI and Bluetooth interfaces that auto detect and connect to your WIFI internet hotspot, a Bluetooth device such as a Smartphone, or with an optional module your Bluetooth enabled AVR receiver.

With STREAMZ, people can now enjoy the ultimate in simplicity and uncompromised sound quality.

With its built-in DAC and AMP, STREAMZ delivers CD quality sound with optimum dynamic range, equalization, and amplification which results in incomparable clarity and fidelity. The two vibration speakers uniquely deliver high power and low frequency range audio that you can literally feel.

Since most phones and mobile music players have sub-par quality DACs and amps, they are unable to play true FLAC, ALAC, and WAV CD quality music without adding cumbersome external components. To address this problem, the company built the finest quality audio components inside the headphones.

The four speakers are arranged as bi-amped, two-way speakers with two vibration speakers, and two 50mm dynamic speakers. STREAMZ has soft over the ear leather cushions with collapsible frames and are designed for active, mobile use.

STREAMZ addresses an un-served market in the "premium" ($100+ USD) headphone niche, where people want simpler "in-line play controls" to listen to their music, wherever they are and from any device.

The market for headphones continues to experience high growth, especially in the premium sector. Global headphone sales in 2013 were $7B (USD) with a growth of 20 percent per year. According to The NPD Group's Retail Tracking Service, "U.S. sales of premium stereo headphones ($100+) grew 25 percent in units in Q1 2013 year-over-year, accounting for 95 percent of the revenue growth for the total headphone market.

According to NPD , "more than one-in-three premium buyers cited in-line play controls as 'extremely' or 'very' important in their decision to buy". As Ben Arnold, director of industry analysis at NPD explains, "Consumers are looking for ways to get the best audio experience no matter where they are or what device they are using." Continued Arnold, "In fact, features designed to enable easier mobile playback are impacting premium headphone purchase decisions more heavily."

STREAMZ meets these needs with the ultimate in simplicity, in-line controls, device compatibility and quality.

"STREAMZ is 30 years in the making since founding my first company in 1983," explained Kihm. "We are all visionaries of sorts here at STREAMZ, with a passion to invent and share something amazing with consumers and other developers who share in our desire to design products that will make people's life simpler and more entertaining. To that end we plan to release a STREAMZ App Software Developers Kit (SDK) on Kickstarter along with a specially priced development model of STREAMZ. We anticipate that the SDK will spur the development of dozens if not hundreds of new STREAMZ Smart Headphone Apps, including voice activated Apps and interactive social and informational Apps."