Surprise! Chrono Trigger Comes To Steam For A Limited Time 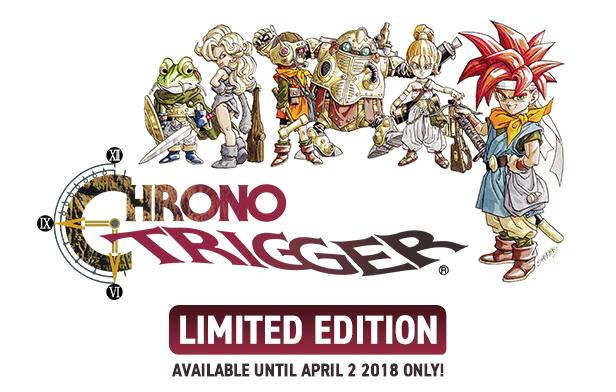 We're only days away from the PC launch of Final Fantasy XV, but Square Enix couldn't let February go without dropping some nuclear-grade nostalgia on Steam. Chrono Trigger, beloved JRPG of the SNES era and spoken of in the same breath as Final Fantasy 6 as iconic of its time in videogames, has just arrived for the first time on PC (at least officially).

CHRONO TRIGGER is the timeless role-playing classic developed by the Dream Team of DRAGON QUEST creator Yuji Horii, Dragon Ball creator Akira Toriyama, and the creators of FINAL FANTASY. As the story unfolds, embark on a journey to different eras: the present, the middle ages, the future, prehistory, and ancient times! Whether you're a first-time player or a longtime fan, this epic quest to save a planet's future promises hours of enthralling adventure!


This is be the first opportunity many PC-exclusive gamers will have had to play this classic title. Unfortunately early reports are that this is a port of the not quite so well regarded smartphone version rather than a high-quality reintroduction of the SNES/PS1 original, so you may need to temper expectations a little.

This Limited Edition is available until April 2nd and includes the following additional content:

A standard edition without the bonus content will likely be available after the Limited Edition exits the store.

System requirements are, or course, minor, with only a low-end Intel i3 and on-board graphics being the necessary standard. The game also supports scaled resolutions up to 1080p.

Chrono Trigger is available at http://store.steampowered.com/app/613830/CHRONO_TRIGGER/, priced at a quite reasonable £11.99.