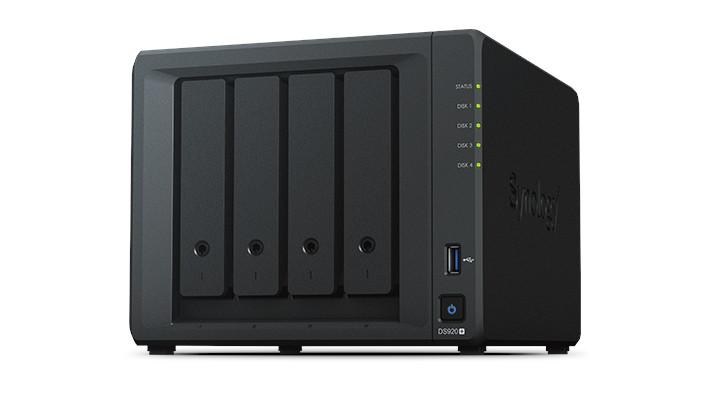 Synology have now announced the European release of the DS920+ storage system, an expandable NAS solution built primarily for home and small office environments. A four-bay design that supports 2.5" and 3.5" SSDs and mechanical hard drives, the DS920+ has been further augmented through the use of two M.2 NVMe bay slots for drives that can act as an SSD cache. The beating heart is an Intel quad-core processor boosting up to 2.7GHz, and 4GB of DDR4 RAM (expandable to 8GB) round out a solid set of headline specifications for key small business needs.

The DS920+ is ideal for backup and data synchronisation tasks that can expand your local storage into your own private cloud solution. In a more workhorse role it can also offer up to 15% faster operation in compute tasks and 133% faster website responsiveness when compared to the model it supersedes. Dual gigabit ethernet, dual USB 3.0 and eSATA are important connectivity options supported by the DS920+, and of course hardware encryption (AES-NI) is a critical feature this NAS wouldn't be without. 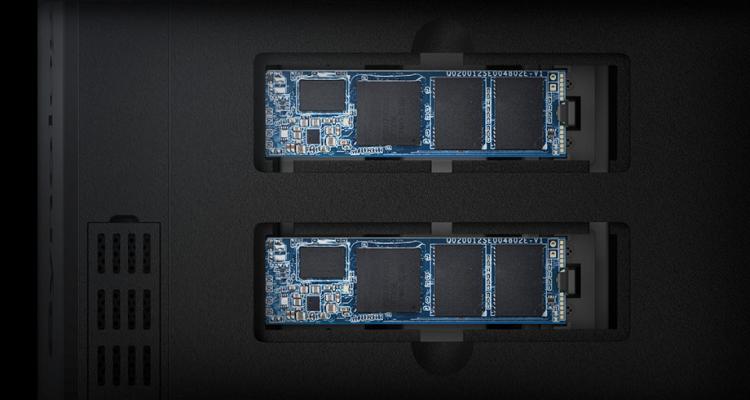 The DS920+ includes two M.2 slots for NVMe drives to act as an SSD Cache

If administration needs evolve beyond that offered by four 3.5" drives then the DS920+ can be expanded using a Synology DX517 Expansion Unit, boosting the capacity with an additional five bays and up to nine in total. All told, the system can accommodate and manage up to 144TB of raw capacity.

In common with all of Synology's NAS fleet the DS920+ supports the wide range of Synology's native app ecosystem, including Synology Drive and Synology Moments. Everything is available through Synology DSM, the ever-developing system manager that presents a unified UI for the entirety of their hardware lineup.

Synology's DS920+ joins the rest of their 2020 lineup today retailers across Europe. For more detailed information and capabilities visit the product page.