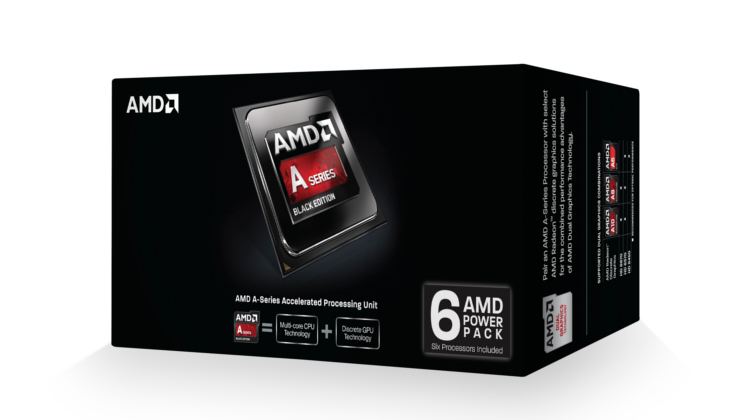 Today AMD are launching a new series of products which will reduce overall system costs for the thousands of small system builders across the EMEA (Europe, the Middle East, and Africa) region. Dubbed AMD Power Packs, each is a retail package containing six unlocked AMD APUs or CPUs.

The AMD Power Pack initiative begins with two processors, the FM2/FM2+ compatible A8-6600K and Athlon X4 760K. Both are unlocked SKUs and so allow system builders more flexibility in performance and configuration than would be the case otherwise. AMD anticipates that their Power Packs will be most attractive to their PC assembly customers who assemble less than 500 systems per quarter.

Consumers should see a more competitive system builder market thanks to the initiative, bringing with it more choice and value for money.

The first Power Pack orders will ship in late August/early September to the EMEA region. Further AMD Power Packs, making use of additional processor SKUs, may be available in the future.