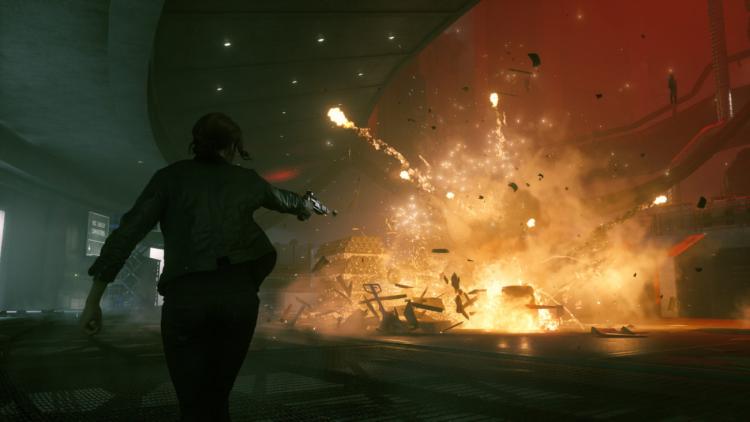 Control by Remedy Entertainment is an upcoming videogame that has been described as a mix of Max Payne and Half Life 2 - lofty expectations both in terms of aesthetic and game mechanics. Thankfully they have the wizard engineers at NVIDIA on call to add their own secret sauce to the mix, and as a result it will be the next major video to launch with heavy use of NVIDIA RTX features including real-time hybrid raytracing.

Control will incorporate the trifecta of ray-traced shadows, reflections and global illumination on launch, marking it as one of the more comprehensive implementations of real-time raytracing thus far in the technology's nascent stages. With simple words and static images not quite doing justice to the effect these features have on the finished scene, NVIDIA have released the following gameplay trailer that goes that little bit further and may also assuage the doubts of a few sceptics.

Earlier this week we had a brief hands-on with an early build that showcased Control's RTX features. The small vertical slice of gameplay teased an exciting if not quite unmissable effect on aesthetics that added up to a more immersive experience. Nonetheless, the limited scope of the demo left us hoping that RTX features will have a more substantial (if not gamebreaking) impact throughout.

With so many advanced features high PC system requirements are to be expected, and a recent update to its Epic Game Store page throws that fact up in stark relief. 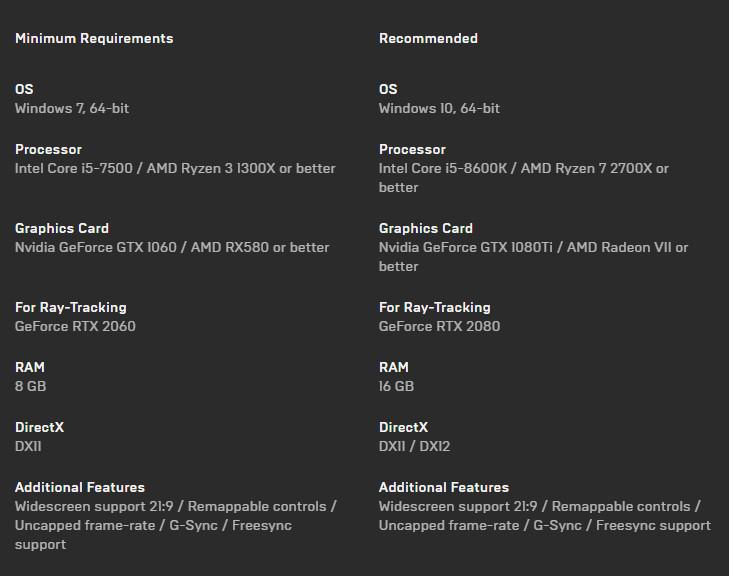 So far as we're aware, Control is the first major PC release to require the minimum of a GTX 1060 or RX 580-class GPU; as claims-to-fame go, that's certainly an unenviable one. Until very recently GeForce GTX 970 performance class GPUs were a near-universal part of 'recommended' specifications, yet now even this veteran hardware is being leapfrogged.

The recommended specification is similarly high. It suggests users be equipped with a GTX 1080 Ti or Radeon VII graphics card alongside 16GB of RAM and a 6-core i5-8600 or 8-core Ryzen 7 2700X, a system specification which is very much in the higher echelons of today's hardware landscape. Frustratingly however neither the minimum nor recommended specs outline what sort of experience users should expect at any given resolution; we assume they represent 1080p30 and 1440p144Hz gameplay respectively.

It's notable that configurations that support ray-tracing have separate specifications listed. NVIDIA's entry-level RTX GPU is unsurprisingly the minimum requirement for such a set-up, but the recommended doesn't go quite to the top of the RTX 20-series range. And thank goodness for that given the RTX 2080 Ti is still a £900 graphics card.

Control is an Epic Game Store exclusive on PC and is currently available to pre-order for £47.99 inc. V.A.T. The game is scheduled for release on August 27th.