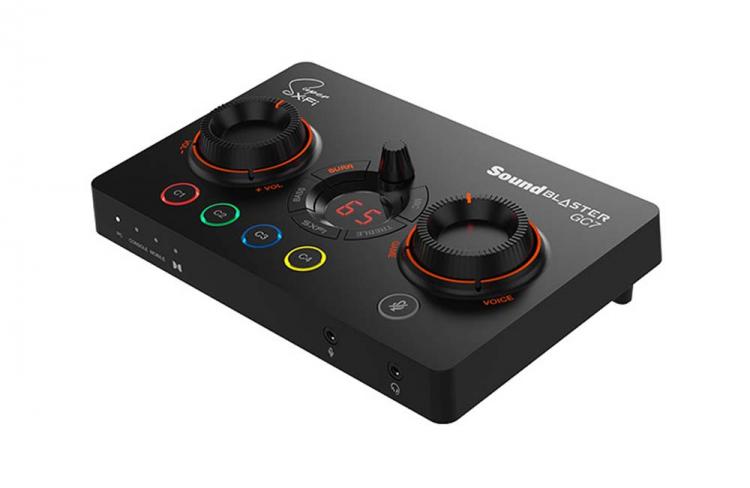 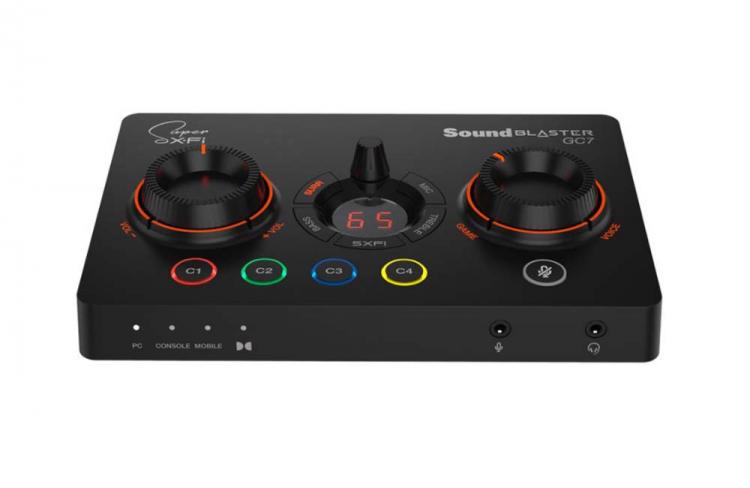 The Sound Blaster GC7 is ergonomically designed for ease of use - with intuitive one-handed controls, gamers can make seamless adjustments on the fly easily, and focus on making all the right moves to clinch the crucial win. It also comes with four fully programmable buttons, allowing users to program shortcuts to their liking.

Fitted with Creative's award-winning signature Sound Blaster audio processing technologies and Super X-Fi Headphone Holography, the Sound Blaster GC7 does not just bring users to the battlefield in gaming; it also offers them a cutting edge over opponents.

When using speakers, users can enjoy Sound Blaster audio enhancements like Crystalizer and Smart Volume through the Acoustic Engine suite, which has been fine-tuned with more than 30 years of audio processing experience. Additionally, Scout Mode brings something different to the table as it focuses on detection through enhanced audio cues that highlight every move just as it happens. Whether it's the sound of the enemies reloading their gun or the faintest of footsteps, Scout Mode will amplify the cues so users always remain one step ahead of their opponents.

When using headphones, Super X-FI will immerse users with hyper-realistic audio holography that recreates the same expansive soundstage of a multi-speaker system. Moreover, Super X-Fi's new SXFI BATTLE Mode drives users ahead of the game as it delivers realistic audio cues that not only highlight the direction but distance as well. Users can then pinpoint the enemies' exact locations with greater precision, and gain that much-needed competitive edge to clinch the win.

The Sound Blaster GC7 is an audiophile-class DAC that offers lower noise floor, lower distortion, and more distinct individual sound effects. Users can also stream at up to 24-bit / 192 kHz PCM playback and can support up to 7.1 virtual surround on both headphones and speakers along with Dolby Digital decoding for a cinematic audio experience for gaming, as well as movies and music.

In-game chats are also made seamless and hassle-free with GameVoice Mix. Users can freely adjust the game audio and chat volume easily with a conveniently-placed scroll wheel, so that they can chat with their teammates comfortably without disrupting the gameplay.


The Sound Blaster GC7 is intuitive and simple to set up with compatibility across various platforms - from PC, Mac to PS5, PS4, and Nintendo Switch. Coupled with easy-access controls, excellent audio performance, and cutting-edge features, the Sound Blaster GC7 has all the makings of the perfect gaming audio companion for any avid gamer, aspiring content creator or, streamer.

Pricing and Availability
The Sound Blaster GC7 Game Streaming USB DAC and Amp with Programmable Buttons and Super X-Fi is now available at Creative for US$169.99.

There are currently 741 user(s) online:
Google