The Antec One - A New Gaming PC Case

Antec's One is the newest member of Antec's Gaming Series[/url], a range which implicitly also includes the One Hundred, Three Hundred Two, Six Hundred etc.

The chassis obviously takes its aesthetic design queues from the 100 and 302 - the plain front fascia is devoted to function rather than form. The chief outward difference from the 100/302 are the bulging side panels and roof fan emplacement, partially for styling but also allowing space behind the motherboard for cables. With dimensions of 18.2" (H) x 9.5" (W) x 20.9" (D) it is slightly smaller than the 302.

Internally it's clear to see how the Antec One diverges from the 100 and 302. For a start it features an all black interior which the 302 does not. The hard drive cage, which uses rails to mount 3.5" drives, has a mesh front primarily for looks one suspects. 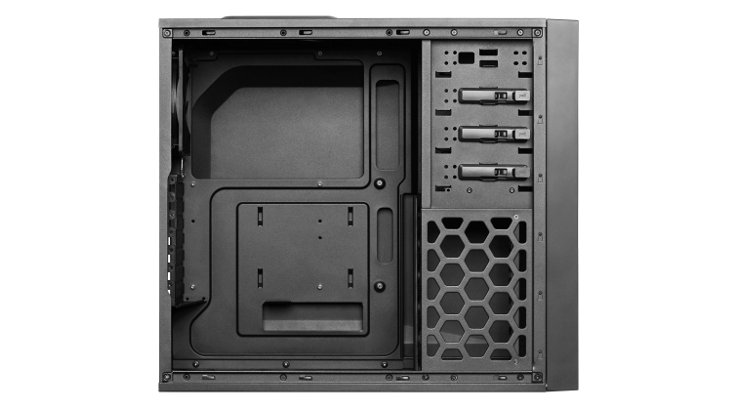 Cable management options are much more comprehensive than on the 100 whilst perhaps not being quite as good as the newer 302. Not shown on the promotional shots is how much room exists behind the motherboard tray, a metric to keep an eye on in reviews. The CPU cut-out however is huge, giving you almost guaranteed access to the rear of the CPU socket for easier HSF installation.

Cooling options are somewhat standard for a budget case: 120mm exhaust fans in the rear and roof, with an option for further fans in the front (1*120mm), side-panel (120mm) and bottom (120/140mm). The bottom mounting for a PSU has a filtered intake, the front intake probably has one also but isn't clear. The air-flow therefore should be good, though perhaps not as great as the 300/302 which have two front 120mm intakes. There appears to be no support for internally mounted radiators, though it's possible that a 120mm rad may fit in the roof.

As a mid-tower it supports up-to standard ATX motherboards and expansion cards up to 26.6 cm (10.5") in length. There is space for three 5.25" drives (tool-lessly installed) and five 3.5" drive bays; the rail mounting system has meant that dedicated mounting for two 2.5" drives have also been added. HDDs/SSDs are mounted from the rear of the drive cage, requiring that the right side panel also be removed for installation. 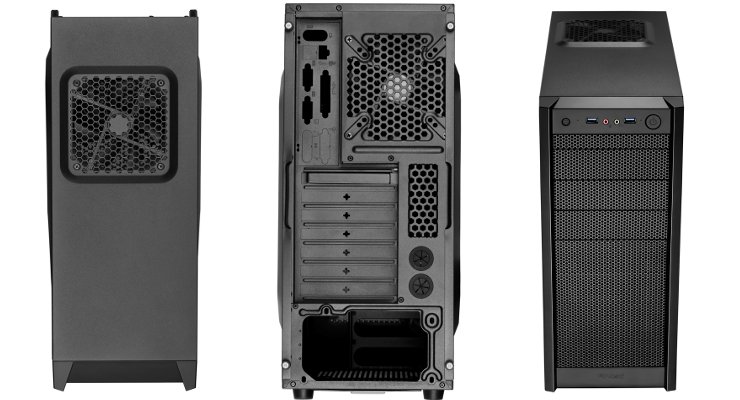 Worth noting is the fact that only one PCI blacking plate is installed, the rest are punch-outs. That's a slight disappointment as sourcing new black blanking plates may be problematic and it's not recommended that you 'punch-out' whilst a motherboard is installed. If you choose the Antec One, plan accordingly before building your system.

Finally, the One features two USB3.0 ports with an internal header for installation, and includes a USB3.0 to USB2.0 header converter. This is an excellent addition for motherboards in circulation designed before the USB3.0 header was adopted.

The US price for the Antec One is $54.99 and has a UK pre-order price of ~£45. It faces stiff competition in this price bracket, not least of which from Antec's own products, but should trade well on their reputation for great build quality. Also featured on the Antec site are One S and One S3 variants: internally identical cases with slightly different fascia's. It's unknown if they will be released and in what markets. 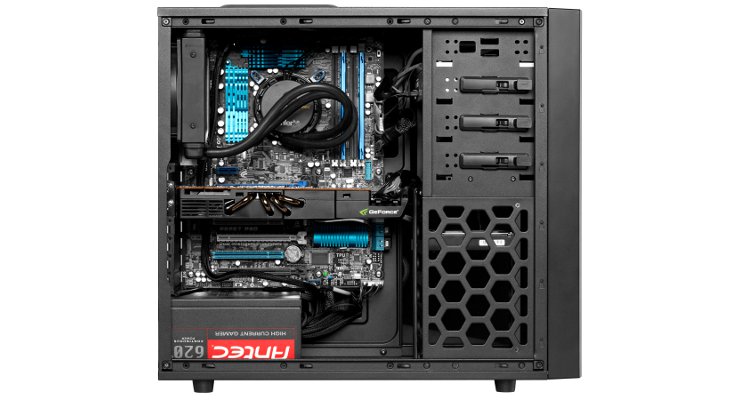 For more information on the Antec One and other Antec products visit Antec.com or their Facebook page.

There are currently 550 user(s) online:
Google