The Darwin Project Goes Free To Play After Beta Feedback 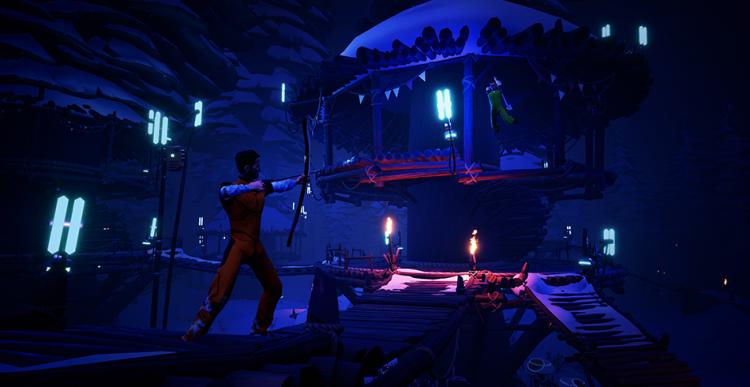 The development and release of Battle Royale games for PC and console often resembles a Battle Royal contest itself. The sheer number already available to play - such as PUBG - or in active development - such as Fortnite - leaves little space for the ballooning number of other titles currently in Beta or Early Access. One such is The Darwin Project by Scavengers Studio, which this week changed its monetisation model from up-font purchase to free to play in the wake of lengthening queue times and Early Access discontent.

The Darwin Project is a different take on the Battle Royale genre, at least compared to the twin giants of PUBG and Fortnite. Alongside the standard recipe of free-for-all competition (currently limited to eight concurrent players per arena) the game rolls in a crafting system for ammo, armour and accessories; Game Director role to trigger in-game events such as supply crate drops or temporary power-ups; and streamer audience integration for accolades and other bonuses. That's a lot going on for a game still in development.

This focus on the game as a spectacle however highlights a need for plenty of players, and there may have been some difficulty on that score. The Darwin Project's Early Access model via Steam charged an up-front fee for a copy of the game, something that was always going to be a tough sell given the competition and its Early Access status. Users had been complaining of longer queue times and difficulty finding matches, speaking to a drop in active players. Hoping to boost numbers and retention, the developers updated players last week with a change in direction for the game, at least in terms of its retail model:

Here's an important update from our Creative Director Simon Darveau:

Weve said from the start that were committed to creating a fresh and exciting experience for Darwin Project players and viewers. With features like the Show Director who serves as a master of ceremonies, Spectator Interactions that let viewers directly interact with streams, and an emphasis on tracking that ensures players are always within arms reach of a tense confrontation, we still believe Darwin Project offers a quality experience unlike any other battle royale game out there.

Weve been fortunate to have a core community of players join us at a very early stage, with many still supporting us during Early Access, and the last thing we want to do is let those passionate players down. Lately, members of our community have reported longer queue times and difficulty finding matches in lesser populated servers. To bring in new players and maintain a level of activity that ensures players are able to get the most of out Darwin Project, weve decided to make it more accessible by removing the price tag.

Were aware that its a big change, and we want to reiterate that were remaining true to Darwin Projects vision as we move forward.

How can I play for free?

Darwin Project is currently available as a free download on Steam.

I bought the game already. Since its free now, will I be compensated?

If you own Darwin Project, youll receive the Founders Pack containing 2 MTL Legendary sets, 3 Legendary Axes, 3 Legendary Bows, a full jumpsuit collection, and 5 Fan Gifts. It will be added to your inventory on Tuesday, April 24. (Name of the items is subject to changes )

Would it be possible to have a refund?

If you paid for the game and wish to be refund, refund will be apply on Steam regardless to purchase date (and conform to steam policy on refund). Refund will be available early next week - thanks for your patience! I'll keep you update on the exact date and time.

Will Darwin Project be pay-to-win?

No. We will never sell items that give a competitive advantage.

See you and ALL OF YOUR FRIENDS in the arena! 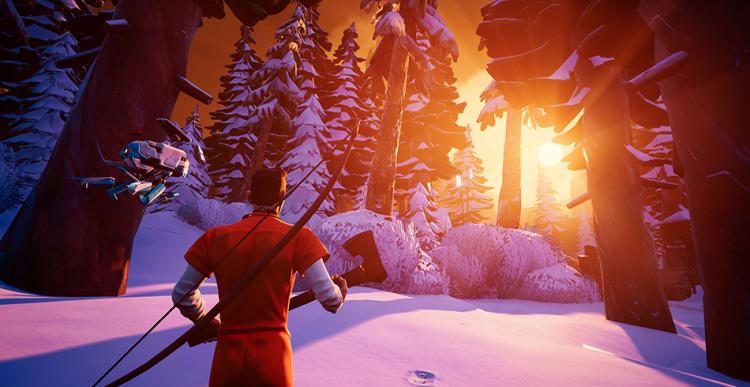 It's good to hear that those who paid up-front for access will not be left out in the cold, with the studio offering both Founder's perks and refunds through Steam if requested. The rest of development and release will be funded though microtransactions, which should remain purely cosmetic and not descend into a pay-to-win farce.

Hopefully the game will now be able to find its audience. You can find The Darwin Project on Steam.