👤by Jamie Holmes  Comments 📅28.03.2017 16:13:40
If you are lucky enough to be on the brink of taking your PC to whole new levels of greatness by joining the GTX 1080 Ti owners club you may want to ponder AORUS truly extreme interpretation.

NVIDIA are mercilessly dominating the GPU enthusiasts market at the moment using their NVIDIA Pascal architecture, and as a result, third-party board manufacturers such as GIGABYTE, EVGA and ASUS are pulling out all the stops to draw out as much performance from these cards as possible.

AORUS is a fairly new name in the PC Gaming industry having been founded in 2014. Despite this they have brought some gorgeous products to the table including laptops, motherboards and of course, graphics cards. Being a subsidiary of the motherboard manufacturing giant, GIGABYTE, they have ample resources and experience to lean on. The results are both magnificent and frightening. 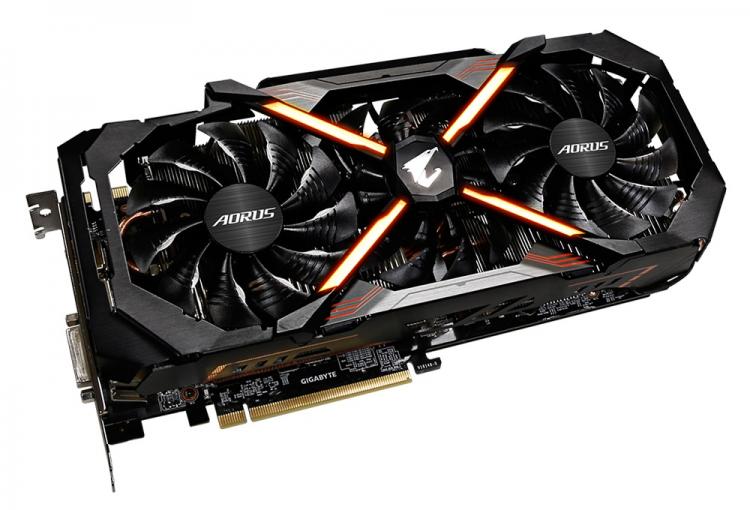 The AORUS GTX 1080 Ti XTREME Edition graphics card features a huge and menacing triple fan cooling solution with three 100mm fans using the WINDFORCE Stacking structure for enhanced heat dissipation. Surrounding these fans are some sleek lighting effects with 16.8M colours to choose from. The card now takes up a little more room so enough space for a triple slot card is required. Behind the fans we have a large copper base plate dragging heat away from both the GPU and VRAM. On top of the GPU is another copper plate to further diminish any unwanted heat. 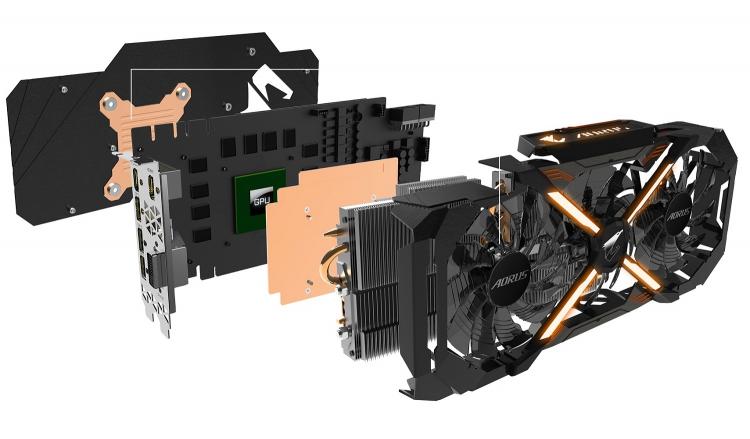 This intense cooling solution is made necessary by the fact AORUS offers two ready-made overclocked states to choose from:

These are ground breaking gains in speed with the original founders edition set at base clock of 1480 MHz and a boost clock of 1582 MHz. We are yet to see if this extra juice will yield real-world benefits and if so, will it be enough for AORUS to take up the title of worlds fastest card.

Some final differences that set the AORUS GTX 1080 Ti XTREME Edition apart from the Founders Edition include, the bringing back of the DVI-D port, the addition of two extra HDMI 2.0b ports, one of which is strategically placed with VR Gaming in mind. Otherwise it has the same 11GB of GGDR5X memory and VR-Ready capabilities. And lastly in order to run this card it requires two 8-pin PCIe connectors as opposed to the 8+6-pin configuration.

If this beast has taken a hold of you, head over to your preferred online retailer to begin pre-ordering.

There are currently 567 user(s) online:
Google