The MX ERGO - A Return To Trackballs For Logitech 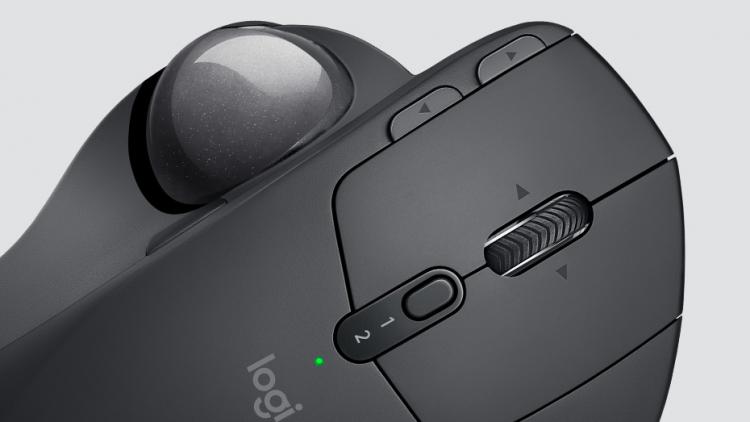 No, you've not fallen asleep and woken up in 2003, Logitech are indeed launching a brand new and modern trackball design to complement their range of MX mice. Designated the MX ERGO, this new pointing device incorporates eight independent buttons, an optical sensor, 2.4GHz wireless technology via micro-USB and still more to add a new quiver to their productivity-oriented bow.

Conceptually, the MX ERGO is a familiar right-handed trackball design where the trackball itself sits under the thumb. Where it differs is with a functionality sensibility inherited from Logitech long-standing MX range: far more than just two buttons and a scroll wheel. Alongside the trackball is a thumb button, whilst two further index-finger buttons reside in the top-right of the housing. A precision mouse wheel is where you would expect, but adds tilt sensors as additional button options.

Speaking of tilt, one of the most striking aspects of the MX ERGO is an adjustable base and hinge allows the user to angle the plane on which the hand sits. It can be adjusted by up to 20 degrees for a more comfortable experience, especially during extended use sessions, and it will be well worth getting to grips with this feature if the mouse is ones primary input device.

As with many members of the MX-range the ERGO includes 2.4GHz wireless connectivity and a rechargable battery (via micro-USB). Unlike many wireless mice a weighty battery could be a benefit to the design as it adds stability - so long as its centre of gravity is sufficiently low of course. In theory one minute of charge is enough for one full day of use, which is quite the claim. 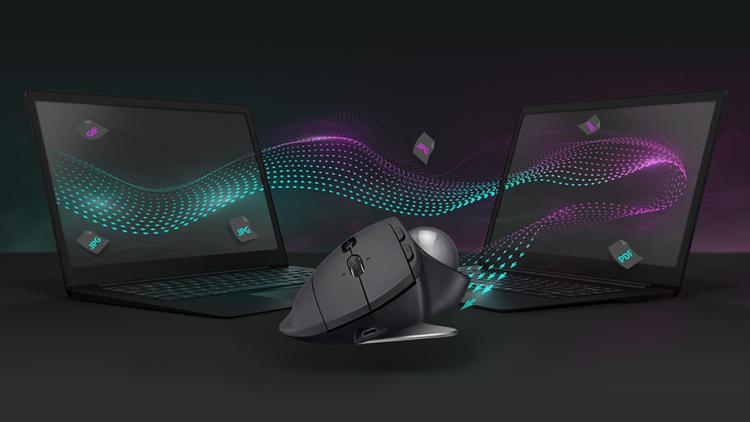 Finally, the MX ERGO also takes on board another party-trick from the MX-range - dual-system operation. The ERGO can control up to two systems using two micro-receivers, switching between each using the button just below the scroll-wheel. Although it cannot control up to three systems as with some other Logitech Flow-enabled mice, just two will be more than merely useful for a wide variety of potential users.

- Up to 4 months on a single full charge

The Logitech MX ERGO is available now from Logitech.eu with an MSRP of £99.99 (inc. V.A.T.), and will likely be at retailers soon. It is covered by a 2 year limited warranty. For more information including regional pricing visit Logitech.com.