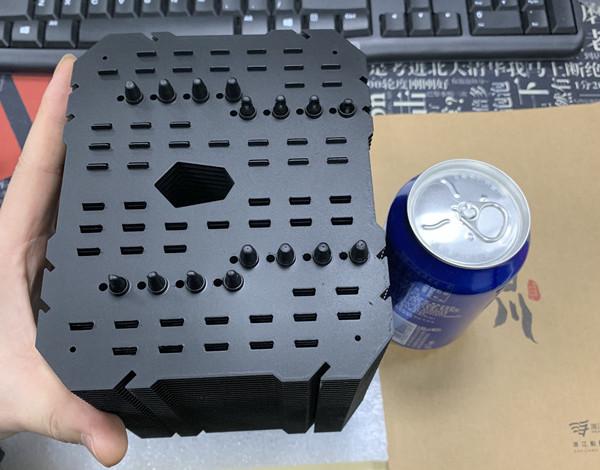 Thermalright's HR-22 PLUS, with beverage can for scale

Thermalright's HR-22 is a distinctly oversized CPU cooler that almost seems like it's from another time entirely. Over 1kg of copper and aluminium and without fans as standard, it was intended to operate passively on mainstream CPUs with TDP up to 65W. And by mainstream CPUs we mean Intel's 'Ivybridge' 3000-series, circa 2013. It's something of a surprise therefore to see it crop up again in 2019 complete with updated Intel socket support.

Pictured on Chiphell, the new HR-22 PLUS retains its stonking size but adds a matte black finish which makes it a little more aesthetically appealing. At a touch over 1100g it's still a weighty beast that will leave many users concerned for their motherboard, and that's without two optional fans installed. 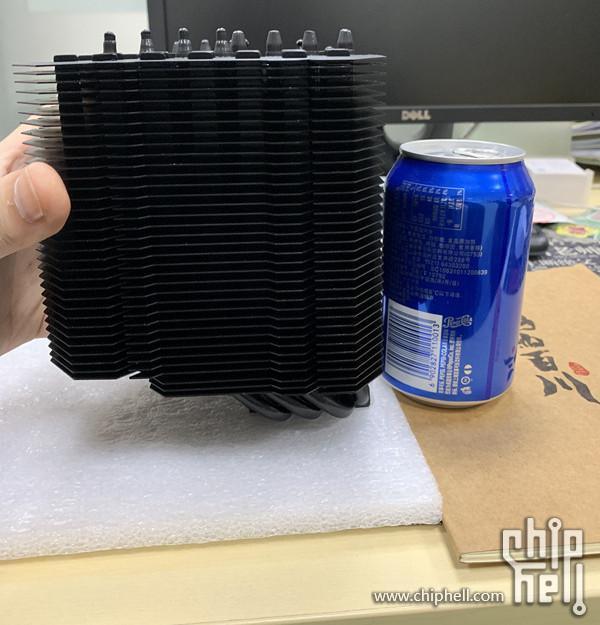 Images from the Chiphell Forums

This variant of the HR-22 has the standard eight heatpipes and supports LGA 115x and LGA 20xx sockets, but tweaks may have been made to the mounting system and coldplate which aren't visible in the images provided. It's therefore possible that the passive cooling capacity has been increased beyond 65W.

Regional availability is not yet known beyond China.