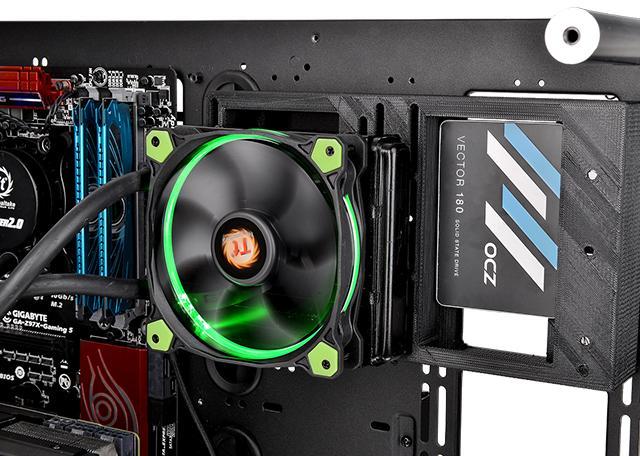 The 3DMakers initiative creates and distributes 3D Printing schematics and services for use
with Thermaltake chassis designs,such as this combination fan and SSD mounted bracket

Taipei, Taiwan - November 24th 2016 - Thermaltake, an industrial pioneer in 3D printed PC components and 3D Hubs, the worlds largest network of 3D printing services, officially announced the comprehensive cooperation to facilitate PC DIY enthusiasts and PC modders to access 3D printing technology internationally. Thermaltake, based in Taipei, Taiwan, has offered its support to the Maker Movement since 2015. 3DMakers.thermaltake.com is the first 3D printed PC platform that released in February 2016. Though cooperating with 3D Hubs, founded in Amsterdam in 2013, Thermaltake will be able to overcome the geographic limitation and offers a global 3D printing service through 3D Hubs. 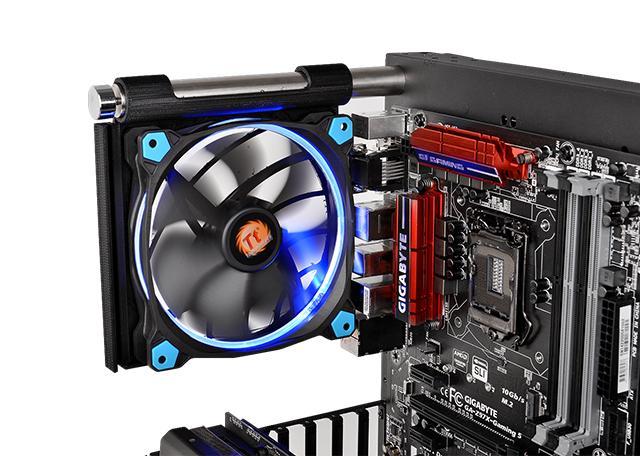 Thermaltake 3D Makers at its core is to encourage PC enthusiasts to use green technology, such as 3D printing, to join the Maker Movement by transforming their PC into unique style, and share their 3D creations with other makers worldwide. We hope to retain the existing users in the community, spread the joy of DIY around the world, and truly fulfill the core values of the 3D Makers platform through the partnership with 3D Hubs, said Kenny Lin, Thermaltake CEO and Chairman.

3D Hubs is the worlds largest network of 3D printing services. With service providers connected in over 160 countries 3D Hubs makes it easy for designers and engineers to find the right 3D print solution for their prototyping and production runs. By providing local access to 3D printing technology 3D Hubs helps to shape a future of distributed manufacturing. Founded in 2013, 3D Hubs is headquartered in Amsterdam. For more information, please visit http://www.3dhubs.com.