The latest X79 motherboards discretely announced are the ASROCK Extreme4, Extreme4-M and Extreme9. We reported on the Extreme 7 earlier in the month, and are pleased to note the continuation of Black and Gold colour scheme which made the Extreme 7 such a striking board. Unlike other X79 boards announced thus far there is no mention of PCIE 3.0 on the board itself. 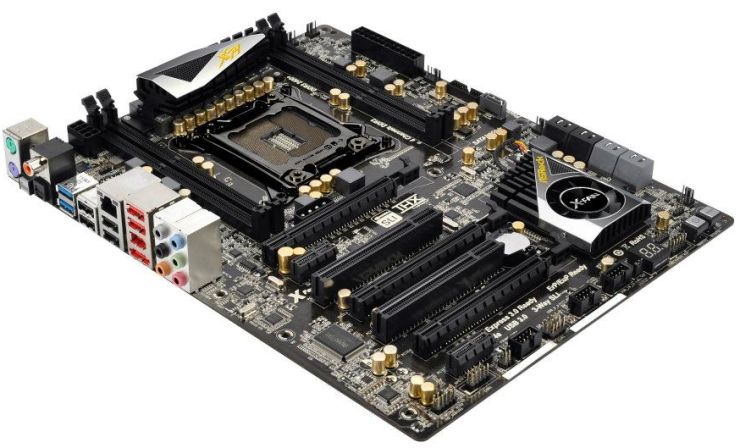 The layout on the low-end X79 Extreme4 is generally what we have come to expect - 4 DIMM slots, 3-Way SLi (via standard 2-slot cooling GFX cards) and on-board power and reset. Fan-assisted chipset cooling throughout the range is a little unexpected, but not significantly at odds with the efforts of other manufacturers. All-in-all, a solid feature-set for a budget board. 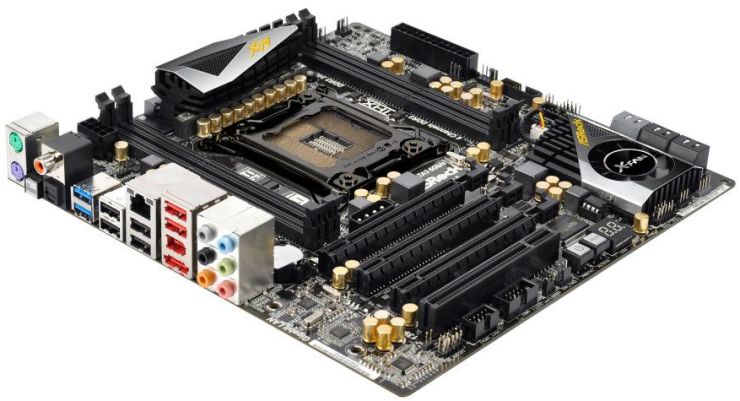 As the nomenclature would suggest, the 4-M is the mATX version of the Extreme4. As you might expect the layout is cramped within this form factor, but it still features many of the mod-cons we've come to expect from more high-end boards including on-board power and reset switches for the overclocking faithful. One feature which does stick out is the Aux PCIe Power (via molex) just above the 1st PCIe slot, the awkward location of which is a little disappointing. 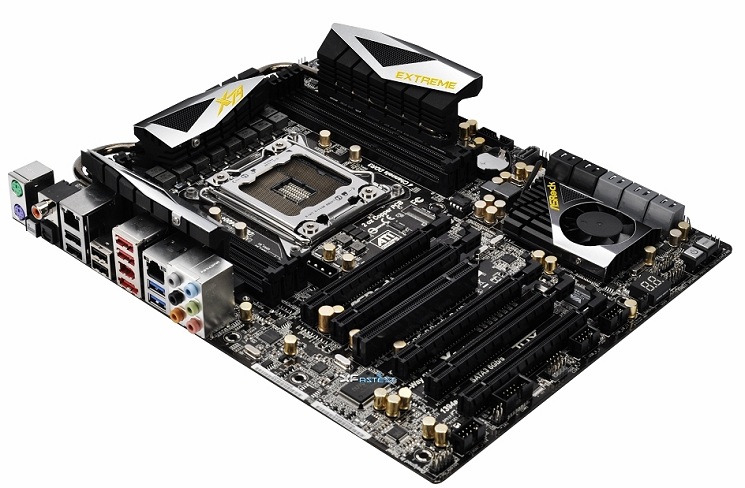 As previously discussed, the mid-range Extreme7. 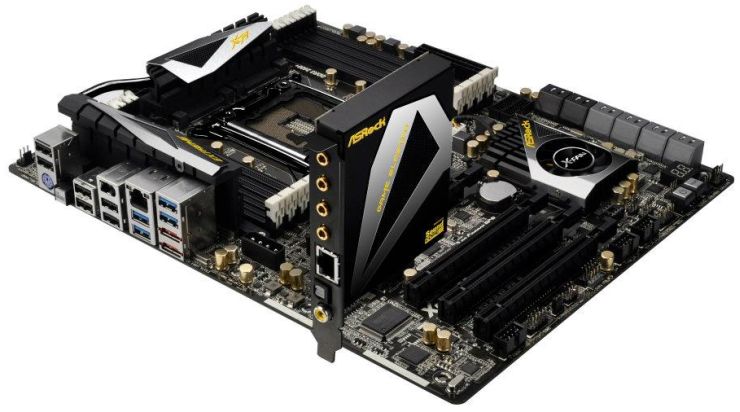 The Extreme9 is ASROCK highest-end X79 motherboard pictured so far. The 8-DIMM design is the standard for all highest-end X79 boards, however the addition of a PCIe card for additional Creative sound and Networking functionality is anything but. Keeping tight reign on the form factor means it should keep within the ATX size envelope.

We're all eagerly awaiting the lifting of Intel's X79 NDA and release of these boards.