Xbox 360 paddocks clear the way for a sweeping arrival  Thrustmaster, the innovative PC and console accessory brand, today announces the launch of the Ferrari 458 Italia Racing Wheel for Xbox 360. While this new release doesnt feature dual carburettors or overhead camshafts, it does boast two official licenses from Ferrari and Xbox 360  an exclusive worldwide collaboration. A replica of the Forza Motorsport 4 hero vehicle, the official F458 Italia, this racing wheel provides the ideal combination to enjoy a truly immersive gaming experience  a must-have for true racing enthusiasts! 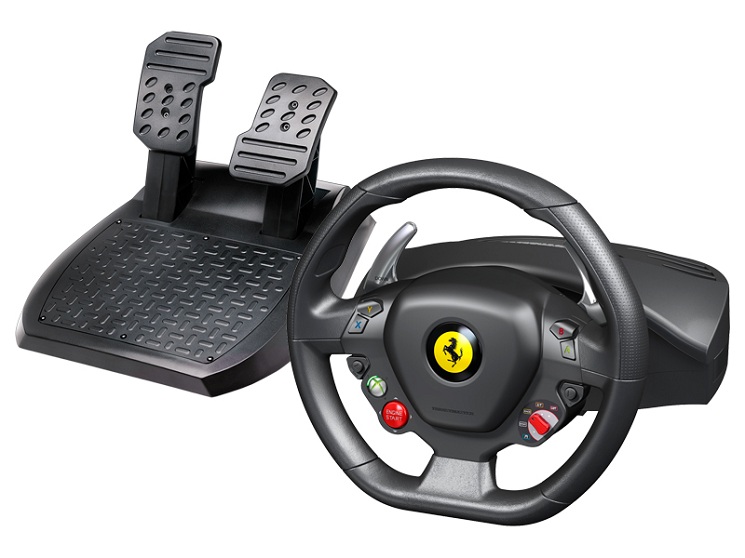 The outcome of a specific development process:

A new competitor on the crowded Xbox 360 track which offers an increasing number of quality racing games, the Thrustmaster crew is well-equipped with expertise and leadership in the field of racing wheels. To reach the pole position, a specific development process was initiated in close collaboration with Ferrari. The Maranello engineers latest flagship, the Ferrari 458 Italia, was chosen as a basis for the creation of this replica racing wheel  a logical choice indeed owing to this unique cars design and character, on par with the Xbox 360s specifications.

On one side, the Ferrari 458 Italia features an exclusive racing wheel with a large number of controls, while on the other, an Xbox 360 controller requires controls that are specific to this console. The Ferrari 458 Racing Wheel for Xbox 360 by Thrustmaster embodies the symbiosis of these two components, combining truly unique design with exceptional ergonomics. The different action buttons and controls are within easy reach of the users fingers  making it simple to customize settings while racing, or access the Xbox 360 interface. Most importantly, this lets gamers get comfortable with the controller incredibly quickly, and focus on immersing themselves in the total excitement of racing. 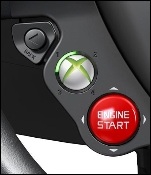 The racing wheels 11 inch diameter wheel and rubber-textured grip will enable drivers to improve their best lap times consistently, with optimum comfort. Gears are shifted up and down using the wheels built-in metal gear shifters. Unrivalled realism and detail are supported by the presence of a Manettino® dial enabling users to modify certain in-race settings (such as changing player views in Forza Motorsport® 4).

Extensive equipment is available out of the box with 8 action buttons, an Engine Start D-pad, an Xbox 360 Guide button and a connector for the Xbox 360 headset and microphone. Under the bonnet dwells a Bungee Cord automatic centring system offering progressive resistance over a 270-degree angle, for a more immersive racing experience. The pedal base has not been neglected; it features a wide footrest, a long-stroke accelerator pedal and a resistant brake pedal, for more precision.


The Ferrari 458 Italia Racing Wheel for Xbox 360 is designed to help you cross the finishing line before the competition does  its V8 is its price tag is every bit as aggressive as its looks!

The Ferrari 458 Italia Racing Wheel for Xbox360 will be available in October at a suggested retail price of $89.99.

Check out all of our products at http://www.thrustmaster.com