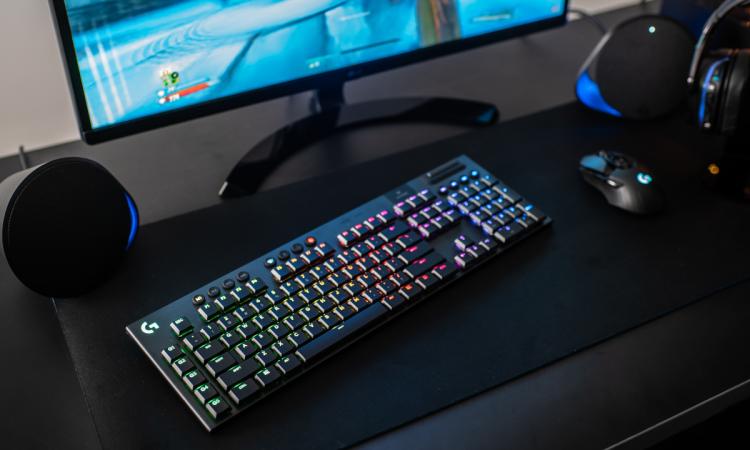 Logitech G's gaming peripheral lineup is perhaps one of the most comprehensive in the industry, a consequence of a presence that goes back decades, but they're never ones to rest without addressing more niche sections of the market. Today they're introducing two mechanical gaming keyboards equipped with a new proprietary low profile switch design, broadening what's available to gamers of all stripes while catering to modern requirements such as low-latency wireless and customisable lighting. Both the Logitech G915 LIGHTSPEED and G815 LIGHTSYNC RGB will go on sale this month, priced from £169.99 in the UK. 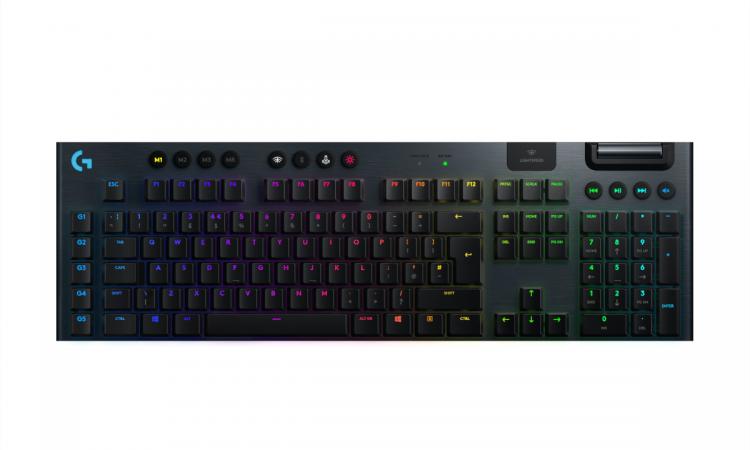 Placed at the higher end of the market is Logitech's G915 LIGHTSPEED, a model that justifies its premium position through pro-grade wireless technology and elegant aesthetics in a low profile frame. The central new technology is Logitech's own GL Switches, a new in-house development similar to the well-regarded ROMER G and GX switches that meets low profile design requirements, while in other aspects it embodies some of the very best that they have to offer.

In order to slim down the G915's overall height Logitech didn't just retrofit a standard frame with low-profile switches. The keyboard base as a whole was lowered and slimmed down such that it stands only 22mm tall, while a steel reinforced backplate ensures that flex doesn't become an issue. Surrounding the keys is a brushed finish aluminium alloy top that serves to put the keyboard on a bit of a diet and make it just a touch more portable and durable.

Logitech's LIGHTSPEED technology boasts 'faster than wired' transmission speeds and is viewed as one of the crown jewels of their peripheral IP portfolio. Its presence in their consumer-grade gaming lineup is not unexpected, but it's a mark of quality that the tech. also makes its way into their PRO series gaming models for competitive Esports.

In the G915 LIGHTSYNC RGB illumination joins LIGHTSPEED, marking the first time per-key customisable RGB lighting has been available on a wireless gaming keyboard. Configurable through the Logitech G HUB software, the keyboard can be personalised with 16.8 million colours and additional effects while still being rated for 12 days operation on one charge (8 hours per day, RGB colourwave lighting mode). As the name implies, it can also be synced with the lighting on other supported Logitech peripherals for a more immersive experience.

Rounding out the features are five programmable G-keys for custom macro sequences and in-app commands, an aluminium crafted scroll/volume wheel, secondary Bluetooth support for connection to additional devices, two lighting profiles and three G-Key profiles. This is a keyboard that doesn't hold back in an effort to up-sell other models. 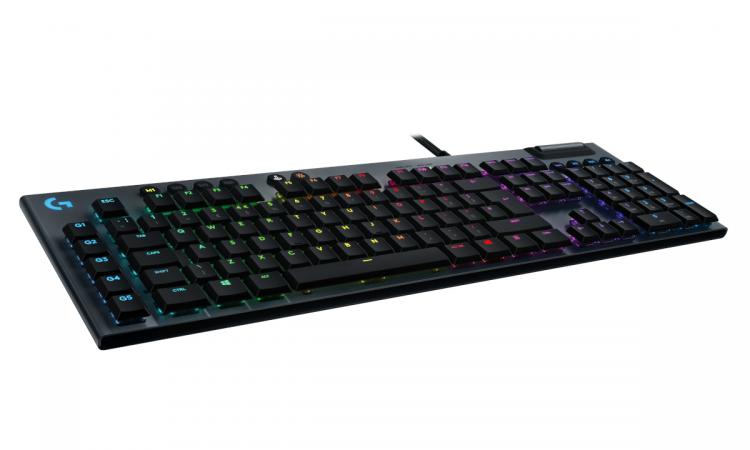 Built to the same exacting style demands of the G915 is Logitech's G815 LIGHTSYNC RGB, a gaming keyboard that eschews wireless communication in favour of USB 2.0 support. Owners will still be able to enjoy the low profile design, comprehensive RGB lighting options, G-key and switchable profiles while also benefiting from USB 2.0 passthrough. As a passthrough port with 100% power throughput it can be use for additional peripherals as well as device charging, depending on the needs of the moment.

Logitech G's GL-series switches are half the height of standard mechanical switches and offer 25% faster actuation when compared to the standard of 2.0 mm actuation present across other mechanical switches. Their low profile also tends to reduce backplate impact speeds, making for a more comfortable typing experience (particular when using a low-resistance Linear switch style). GL Linear, GL Tactile and GL Clicky (tactile response + audible click) versions are available across all language and layout options, suiting a variety of end-user preferences.

Logitech's G915 LIGHTSPEED Wireless and G815 LIGHTSYNC RGB mechanical gaming keyboards are expected to be available on LogitechG.com/en-gb and at retailers worldwide in August 2019 for suggested retail prices of £209.99 and £169.99 inc. V.A.T., respectively.

There are currently 1006 user(s) online:
Google