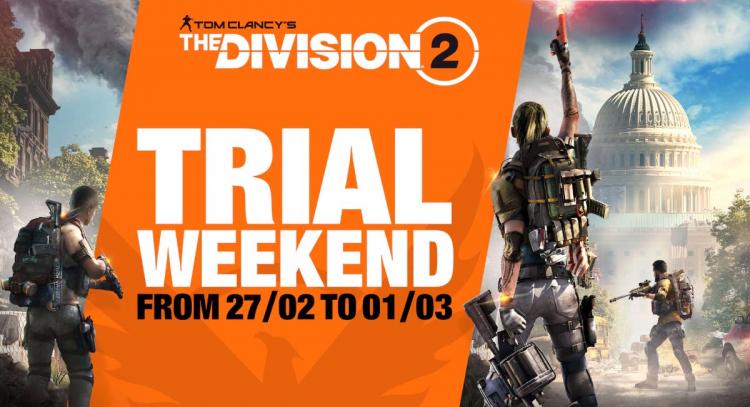 Ubisoft launches a free trial weekend for the critically acclaimed first-player shooter game Tom Clancys The Division 2 from February 27 until March 3, 2020. Players can play the game for free and be able to save progression if ever you decide to buy the game. The game is also currently on flash sale, available for only US$3 for the standard edition. Flash sale ends on March 2, 2020.

Grab a copy of Tom Clancys The Division 2 (Standard Edition) for $2.99 at the Ubi Store or at the EPIC Games Store. Expansion packs are also on sale.

Learn more about The Division 2 Warlords of New York here.