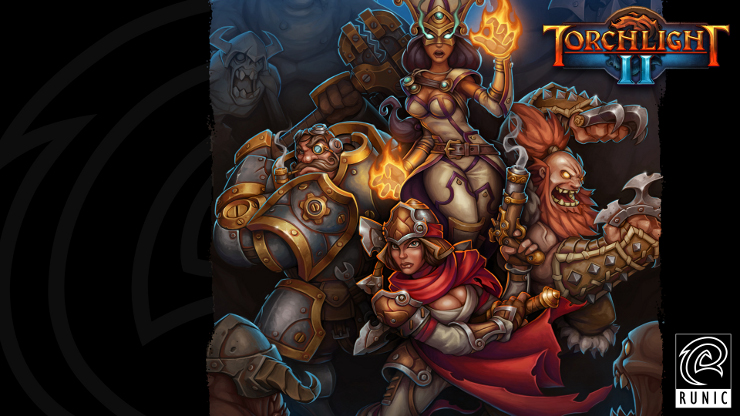 Today's schedule at PAX Prime may see additional information coming from Runic Games during a developer Q&A session. For now we know that the game will be a top-down ARPG true to roots going back as far as the original Diablo and Diablo 2, which was worked on by many at Runic including CEO Max Schaefer. The game will launch with four character classes and story that substantially builds upon the world, a feature which was a little lacking in the first Torchlight. It will also allow LAN Multiplayer and extensive modding potential, lacking in the recently released (and significantly more expensive) Blizzard title Diablo 3.

Torchlight II's chief competition will ironically be another Blizzard title: Mists of Pandaria - World of Warcraft's latest expansion. Although released on the 25th, many gamers who might be expected to buy either are expected to re-sub early in preparation for the new content. It will be interesting to see how the two battle it out, and if significant success from Torchlight will trigger a re-think in recent trends of pushing always-on DLC and microtransactions.

The game is currently available to pre-order from Steam for £14.99.