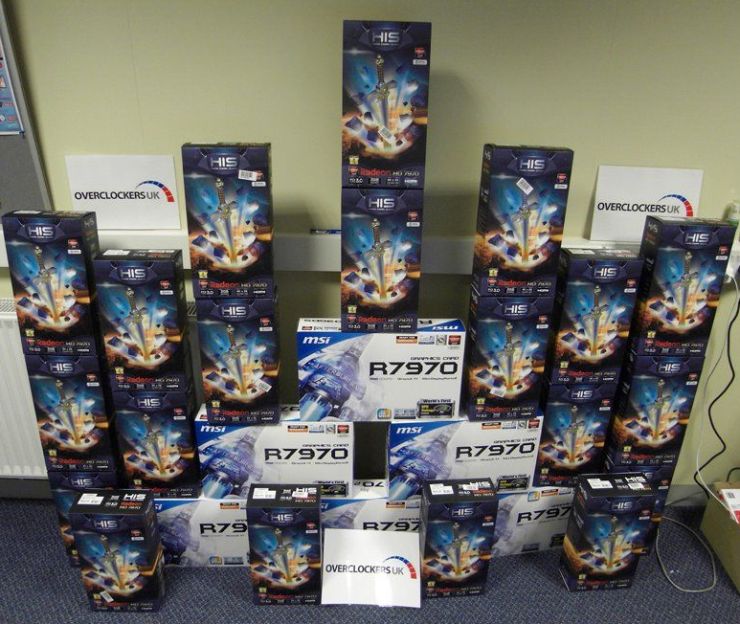 Staff at online retailer Overclockers UK have taken to their [url=]forums[/url], satisfying their forumites endless thirst for new benchmark data for the latest card releases. As a retailer with multiple 7970's in stock, they're not limited in quite the same way reviewers have been with card numbers and other restrictions; this has shown in their testing set-up of Single through to Triple-card Crossfire and resolutions up to 2560*1600.

All powered by an Antec High Current Pro 1200W

Heaven, a benchmarking tool which uses extensive tessellation when measuring card performance, has for some time been dominated by NVIDIA since it began widespread use; AMD GPU architecture had been optimised for other graphics performance areas and so wasn't well suited by comparison. Proponents of the Green Team long protested that this benchmark was important as tessellation is an important part of DX11 and future game engines, whereas those in Red's corner concentrated on other benchmarks for games released at the time. Perhaps in a tacit nod to the criticism, AMD's revised 7000-series architecture was intended to increase tessellation performance greatly, and it appears that they have been successful.

Single Card Benchmark: (1680*1050 - note that these specs are the standard for the forum Heaven Benchmark comparison thread) 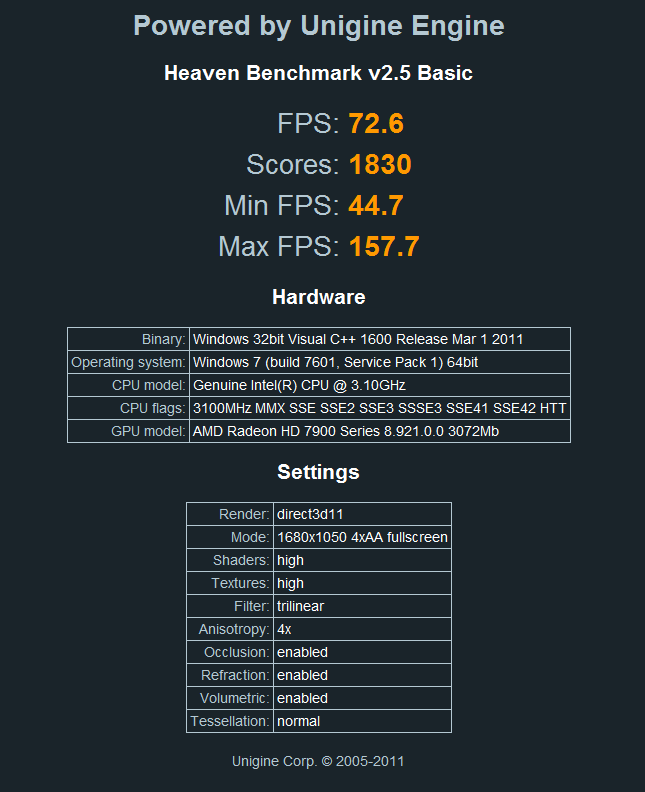 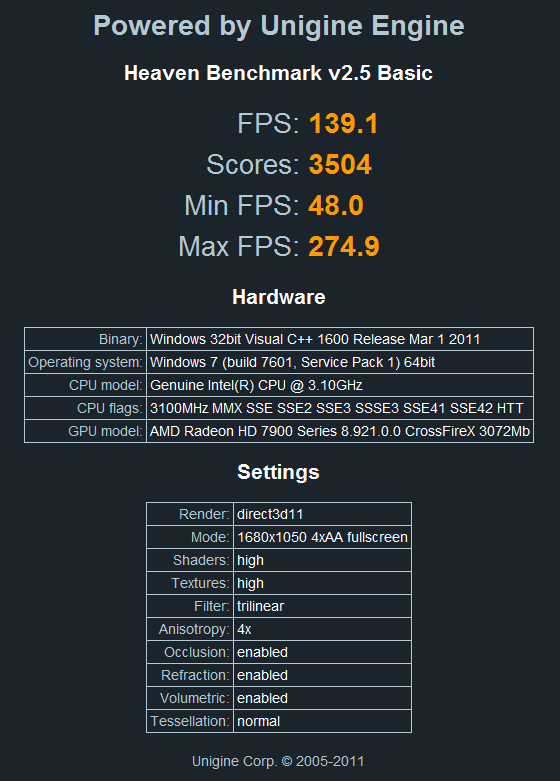 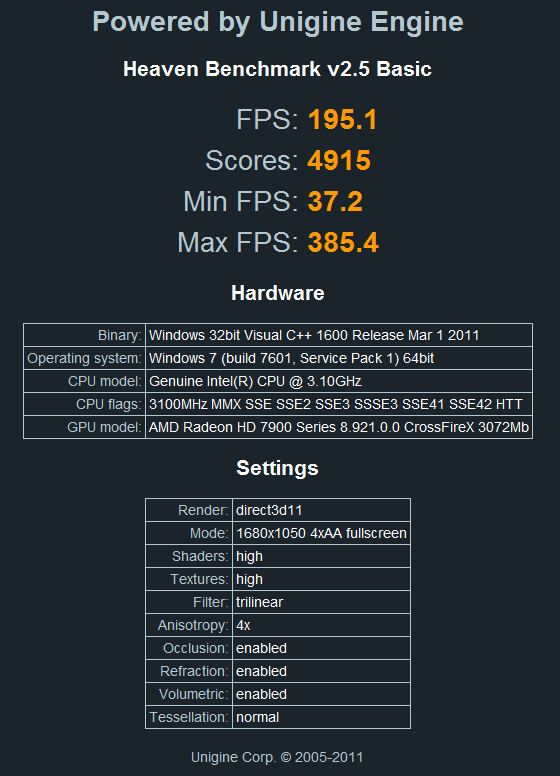 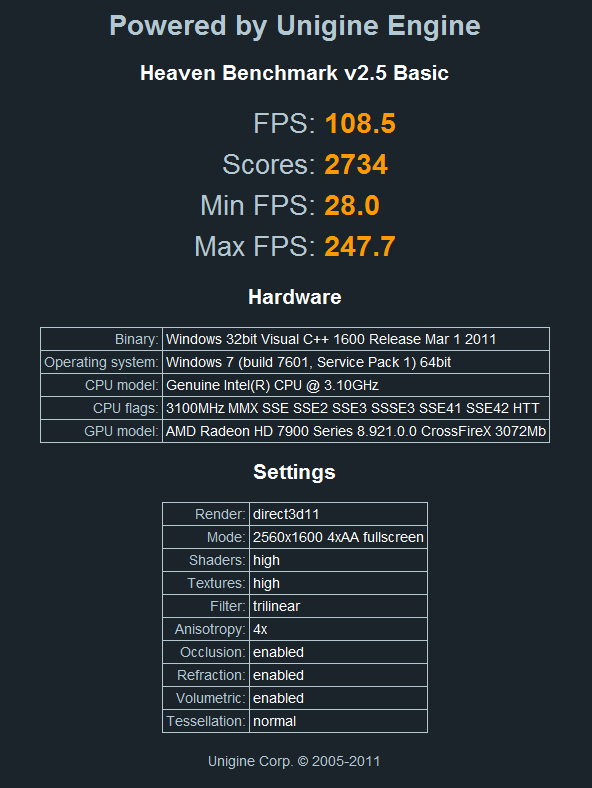 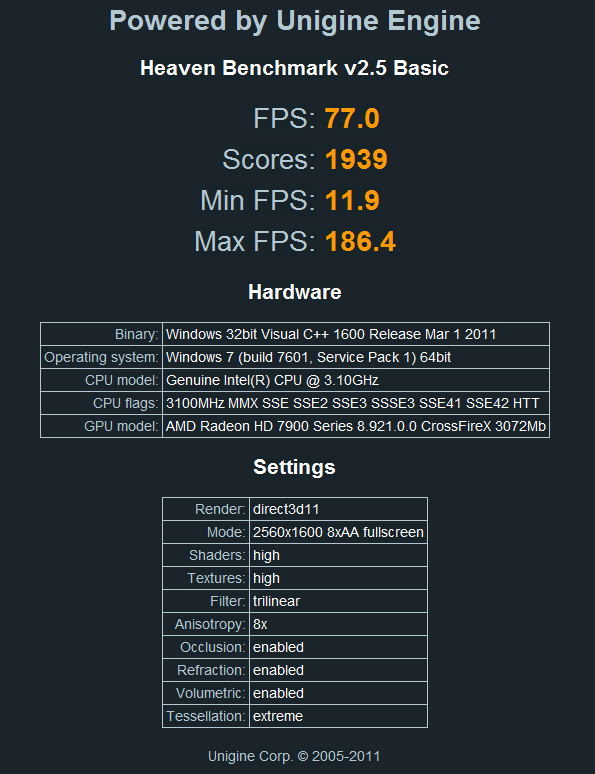 Additionally, it was noted that 3GB 580 SLI was unable to reach 3000 points at 1680*1050, whereas the 7970 was able to achieve it with ease. Bear in mind that these are most definitely both unofficial and preliminary, take them with a grain of salt but also be aware that these cards haven't exactly been stretched to their limit in an effort to eke out every last morsel of performance, stability be damned.

It's difficult to anticipate how things will shake out in the real world due to NVIDIA's relationship with developers, but it seems that the 7970 has a hell of a lot of potential which just needs to be tapped by great drivers and awesome games.

You can see more on the OCUK Facebook Page.