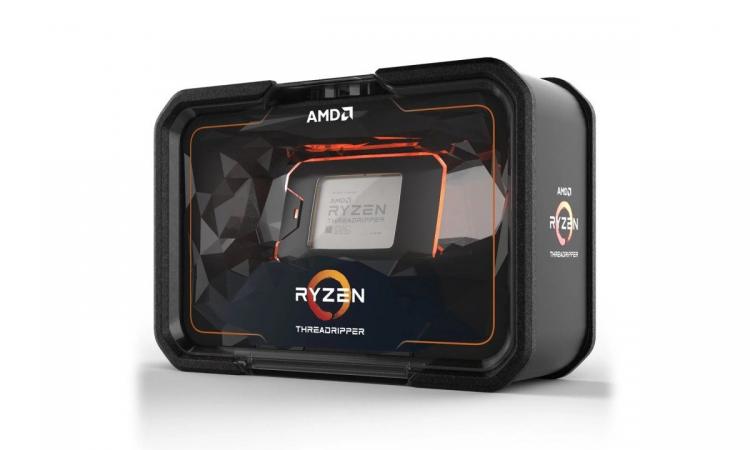 October looks set to be a busy month in all quarters as AMD reveal plans to introduce two additional members of the Ryzen Threadripper HEDT family. The frankly rather absurd 32-core, 64-thread Threadripper 2990WX was released in August, bringing with it more multi-threaded performance than had ever been seen on the desktop platform; these upcoming SKUs however are tailored towards slightly less ambitious workloads, while remaining tempting options in of themselves.

The Ryzen Threadripper 2970WX sits between the 2990WX and 16-core 2950X. As a 24-core, 48-thread CPU it has no direct counterpart in the 1st generation lineup, and may therefore be well suited to those who crunch through heavily multithreaded workloads but for whom the 2990WX is a step too far. In addition to the impressive core count, the chip retains both 64MB of L3 cache (the same as the flagship, indicating that all four dies are active but with some cores disabled) and a 3.0GHz base frequency that boosts to up to 4.2 GHz under suitable workloads. It's priced at an MSRP of $1,299, $500 less than the 2990WX and just $400 more than the 16-core chip.

By stepping down to a new entry point for the 2nd Gen Threadripper lineup we arrive at the Threadripper 2920X. This CPU features only 12 cores and 24 independent thread support (although 'only' feels a little like we're denigrating the CPU given that would be class-leading only a couple of years ago), a healthy 3.5GHz base and 4.3GHz boost, and 32MB of L3 Cache. With mainstream Ryzen sitting pretty at 8 cores and 16 threads, the 2920X seems like an ideal entry-level into the AMD HEDT ecosystem, much more so than the 8-core Threadripper 1900X did. The 2920X has an MSRP of $649.

Both the Threadripper 2970X and 2920X are due to be released on October 29th, but that isn't the sole update AMD are making to their portfolio this month. Complementing the launch of Windows 10's October 2018 Update is a new feature for Threadripper WX Series processors: AMD Dynamic Local Mode. 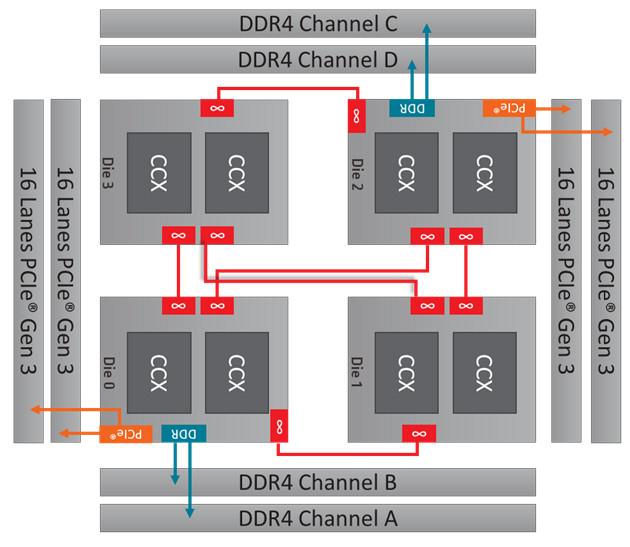 This software tool dynamically allocates threads to specific CPU dies, giving those applications that benefit from lower-latency access to DRAM a boost in performance. It exploits the fact that 24- and 32-core AMD Threadripper CPUs have four active dies, but only two of those dies have a memory controller that's directly connected to DRAM; the other two active dies access memory over Infinity Fabric. The design of AMD's CPUs and motherboard chipsets mean that this feature is also backwards compatible to older X399 motherboards.

A more complete explanation of how AMD Dynamic Local Mode works is available at the AMD Blog. Most eye-opening however are the performance implications, which AMD believe could be highly significant for the sub-set of applications (including some games) that benefit most from the technology.