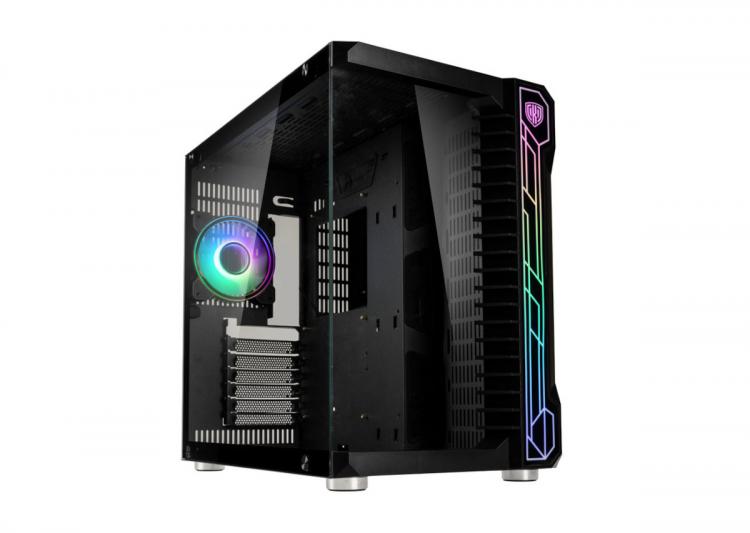 Kolink have just introduced two new mid-range ATX PC cases that add yet more choice from a manufacturer swiftly gaining a reputation for excellent value for money in a market peppered with bang-for-your-buck options. Both are available to pre-order from Overclockers UK and both feature ARGB lighting, but designs begin to diverge from that point.

The Unity Code X is Kolink's first foray into a dual-chamber ATX design and takes inspiration from the highly successful Lian Li PC-O11 Dynamic. The case sections off the interior into two partially isolated volumes, one for the major system components and one behind the motherboard try for PSU and ancillary components. Not only does this improve air-flow, it also helps cable management by making the visible interior a zone where cables are seen only when they need to be. But there's more to the Unity Code X than this intriguing internal layout. 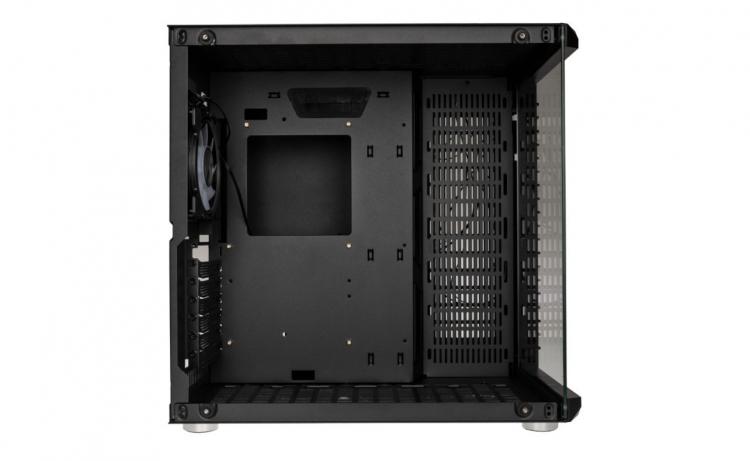 By opting for a front fascia made entirely of tempered glass the Unity Code X needs to get its active air-flow from elsewhere. Three 120mm fan positions are present on the floor and a further three on the roof, insuring bottom-to-top air-flow that can support 360mm radiators if preferred; or the user can take advantage of three 120mm fan mounts to the right of the motherboard tray. The rear 120mm position meanwhile is populated with a Kolink Umbra Void ARGB PWM fan as standard. Whichever cooling arrangement chosen there's an unrestricted view through the glass front panel to the components behind.

ATX and mATX motherboards are both natively supported by the case, as well as two 3.5" and two 2.5" HDDs/SSDs (the former can instead accommodate 2 x 2.5" drives if preferred). GPU clearance is a whopping 400mm - enough to fit a Founder's Edition RTX 3090 with room to spare - and CPU coolers as tall as 165mm will sit in the case without issue. The side panel is tinted tempered glass similar to the front, giving an stylish look overall that will cut out the glare of internal LEDs. 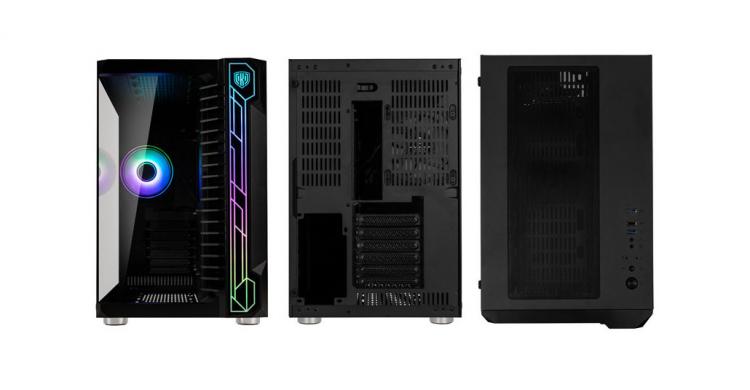 The front panel features ARGB lighting for just a bit of added flair, while the front I/O panel is located on the top-right of the case. There you'll find 2 × USB3.0 ports, 1 × USB2.0 port, audio in/out, lighting control, and a power switch; sadly there's no USB Type-C port. 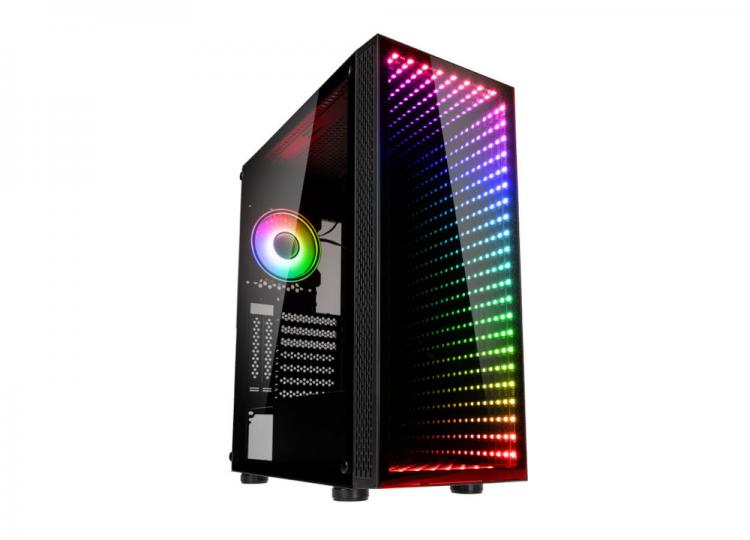 Joining the Unity Code X is the Void Rift Midi Tower. An outwardly conventional mid-tower design for ATX, mATX and ITX systems, it features a few neat tweaks for a cases that sits at a sub-£80 price point.

You won't get anything more eye-catching at this price than the Void Rift's front panel. Constructed from mirrored glass and featuring ARGB lighting along its perimeter, the panel has an infinity mirror style when illuminated that has the potential to be strikingly hypnotic. Accompanied by a 120m LED fan at the rear and all-black finish, the Void Rift will be a conversation piece in any situation. 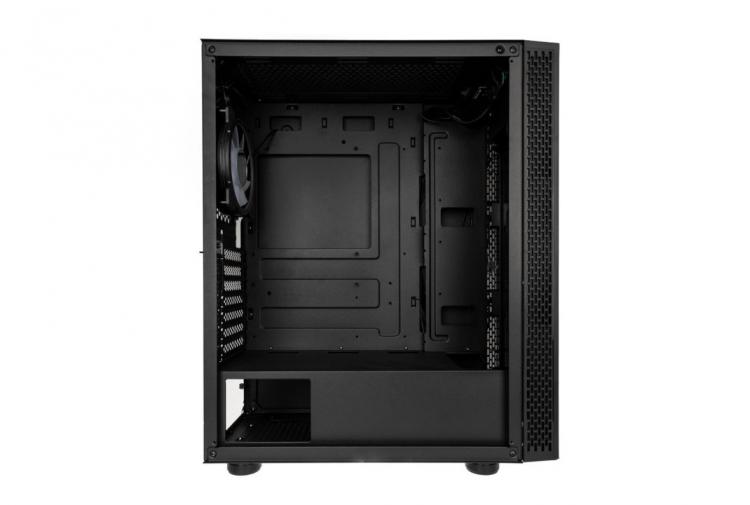 Changes to a standard ATX interior include 280mm radiator support in the roof, 360mm radiator support at the front, and a vertical GPU mounting option (limited to dual-slot sizes). An ample 22mm of clearance is available behind the motherboard tray for cables, and an integrated PSU shroud will hide excess length from prying eyes. Two 3.5" HDDs or four 2.5" SSDs can be installed behind this shroud too.

Rounding out the features, the top I/O panel is outfitted with two USB 3.0 ports, a single USB 2.0 port, headphone and microphone jacks, LED control button and a power button.

The Kolink Void Rift can be pre-ordered today for £79.99 inc. V.A.T. More information on both chassis can be found at the product landing pages.