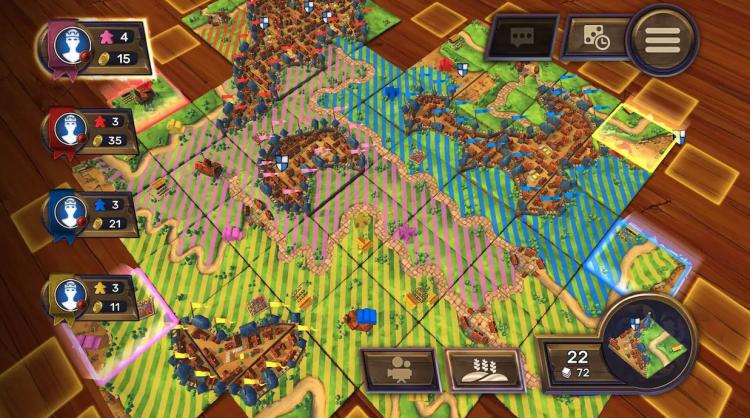 The classic tile-based map of a game of Carcassonne, rendered in-game

The Epic Games Store free game promotion has rotated once again this Thursday evening. That's bad luck if you missed out on Farming Simulator last week, but hopefully two new gratis additions to the Store will be enough to sooth your upset. And what interesting additions they are too.

Arriving as something of a tabletop game adaptation bonanza are two popular classics of the genre whose names will be familiar to many. Carcassonne and Ticket To Ride will be available for free until 4pm GMT on Thursday February 13th, at which time Kingdom Come Deliverance and Aztez will be offered for your consideration.

Carcassonne is an official adaptation of a tile-based German board game of the same name. The game plays out through players drawing new tiles and extending out the terrain from the first tile placed, revealing features such as roads, cities and cloisters. Points are accrued by placing these features and occupancy at the games' end, which occurs when the final of 71 tiles has been drawn and placed. Up to six players can play online at once in this edition. 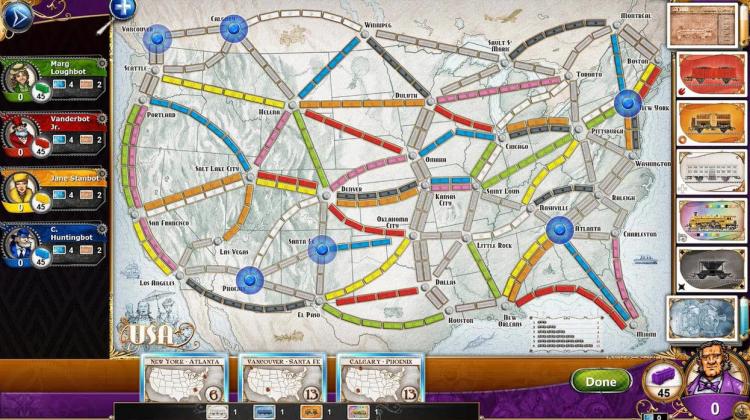 Ticket To Ride meanwhile adapts the board game from 2004 which is renowned for how quick easy it is to learn. Players are owners of railroad companies trying to connect two cities in North America. Accruing points by completing tasks and having the most elaborate railroad network is the aim of the game, which ends when a player has a only couple of train pieces left to play. Online, single player and local multiplayer (single-PC) are all supported in this edition, which is ideal for 1-4 players.

Both Carcassonne and Ticket To Ride have plenty of DLC expanding their respective game, but none of them are included in the free base game. Each is priced at £2.89.

More information is on their respective store pages, and minimum specifications are predictably minimal. So, if you're looking for something fresh and different for your discord game group, there's a couple of strong entries to pick up at no cost to you.