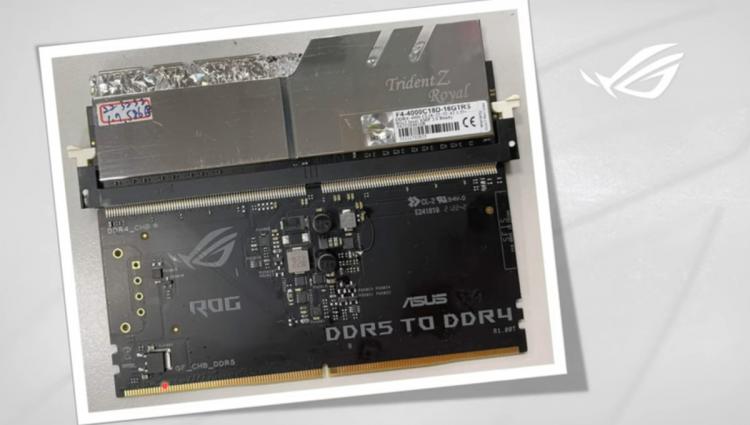 One of the more challenging aspects of upgrading to Intel's 12th Generation Alder Lake platform in the last few months has been the availability of DDR5 memory (or lack thereof). Scarcity has made it a prime target for scalping, leading to inflated pricing for early adopters whose only alternative would be to opt for a Z690 DDR4 motherboard. However, a new device from ASUS ROG leaked on Twitter today might be a good work-around until stocks normalise.

The video above (in Chinese, but you can get the gist without speaking the language) breaks down an experimental ROG DDR5 to DDR4 converter card from internal signalling to physical prototype. The card is installed into a standard DDR5 DIMM slot on an ASUS Z690 test-bed, and in a final shot the motherboard BIOS is shown properly identifying the RAM an 8GB DDR4 DIMM. Neat.

This sort of adapter layer between motherboard and DIMM can only work because the Alder Lake CPU's embedded memory controller can recognise and operate with both DDR4 and DDR5 memory. ROG's BIOS development team have probably also put in work so ensure that the motherboard isn't confused by finding DDR4 memory installed, but as work-around go its seems pretty sensible.

The tall size of the card provides enough room to comfortably rearrange and extend the memory traces while also making the power delivery compatible with the DDR4 DIMM. It'll also have an impact on memory performance in terms of latency, timings and potentially overall throughput. 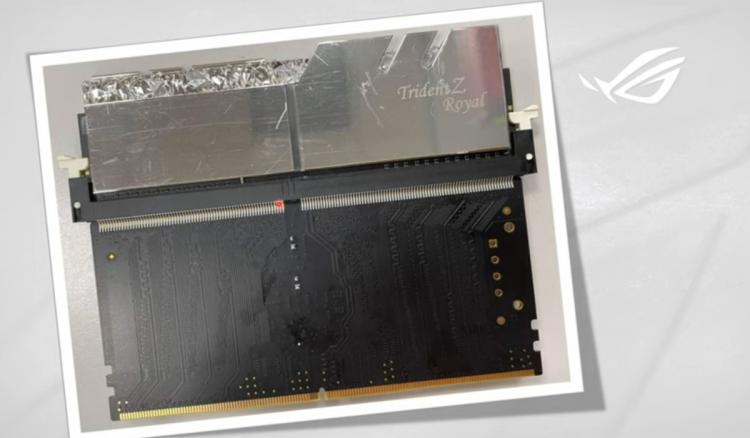 You'll need two of the cards to operate the memory in dual-channel mode, without which you're sacrificing a lot of performance. That'll make it unwieldy in some cramped systems, particularly those with oversized air coolers, but sometimes sacrifices need to be made.

ASUS's endeavour might never make it to market at an acceptable price point, but it's an innovative approach to solving what is currently a major hurdle in the way of the Z690 DDR5 platform adoption. In fact, this is exactly the sort of tech demo you'd expect to see at CES2022. Unfortunately the event is currently under threat due to the spike in COVID cases causing exhibitors to pull out of in-person attendance.

Perhaps it'll be mentioned during the ASUS Rise of Gamers livestream scheduled for 7pm GMT (11am PST) on January 4th.