There has been a lot of talk about the Playstation 4 since it was announced. Talk specifically around how it will compare to current PC's in terms of graphics given that it uses PC architecture. Now you can see a video that does just that. It compares the same tech demo of the Unreal Engine 4 with a side-by-side video of it running on the PS4 and PC.

Check it out below.

One thing that is certain is that this engine looks Unreal! However, it is also not hard to see that the PC version looks better; mind you, only marginally. Some things that were particularly noticeable were the particle effects and the shadows. The screen grab below was taken from the youtube video and it does demonstrate some differences. 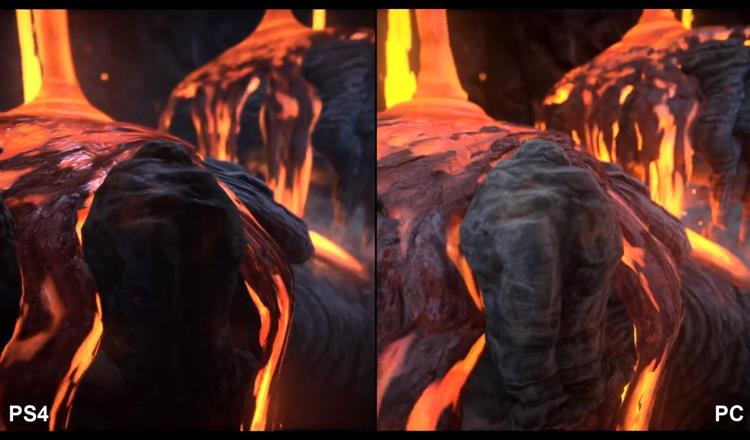 We at Vortez are very much looking forward to seeing just what this engine is capable of and what games are made with it. We also want to hear what you have to say so comment below and join our forums.