Verify if your P67 or H67 Sandy Bridge Motherboard is affected

Not sure whether you're affected by the recent Sandy Bridge design flaw? The chances are, if you've bought a mainstream P67 or H67 chipset motherboard, you'll have the defective part included in the design. The problem only affects SATA 3Gbps ports (SATA 2), and so a temporary workaround or fix is to connect your SATA devices to the SATA 6Gbps (SATA 3) ports instead, if you have enough. Typically, most boards have two, and they are ports 0 and 1.

Notebooks may also be affected, though it is entirely dependant on the manufacturer as to which ports are in use. This tool will also be of use to check portable machines.

Gigabyte have released a program which can detect whether your SATA devices are plugged into the problematic SATA 2 3Gbps ports or not. It's recommended that you move the less important SATA devices to these affected ports (e.g. DVD drive).

The tool DOES NOT fix the problem, but will inform you of the best way to connect your devices. 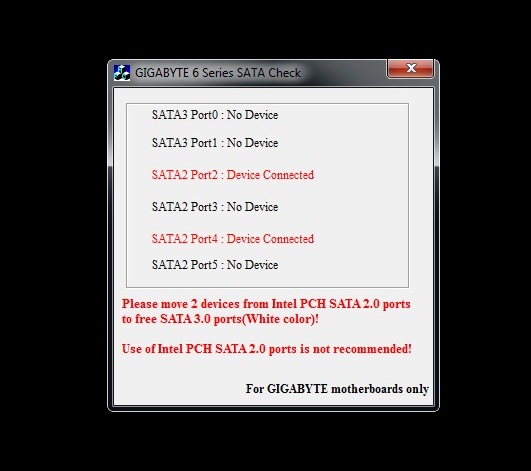 Despite saying 'for Gigabyte motherboards only', the tool will run on any Intel 6-series motherboard. Here we can see an incorrect setup. All ports but the top two (0 and 1) are possibly affected. The devices should be moved. 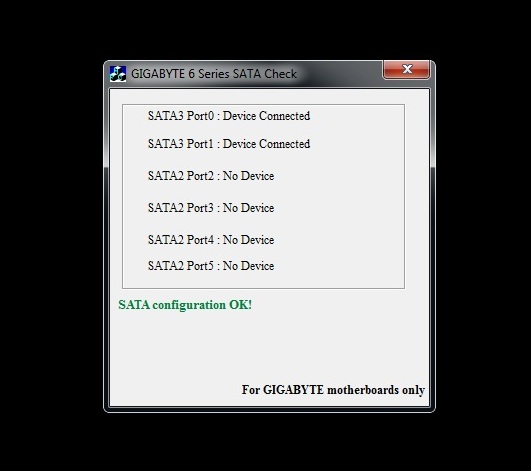 Looking good. Both devices are plugged into ports 0 and 1 (SATA 3), which are not affected.

Again, if you have more than 2 SATA devices, plug the most crucial ones (e.g. hard drives) into ports 0 and 1, then use subsequent ports for devices such as optical drives.


The '6 series SATA check' tool can be downloaded from Gigabyte


Still confused? Any other questions about the Sandy Bridge/Cougar Point design flaw? Sign up to our forums and talk to the author and our team of reviewers directly!