VESA Roll Adaptive-Sync Into DisplayPort 1.2a


Adaptive monitor refresh rates have been the talk of the town for the last six months, at least when VR has been momentarily forgotten. If you can match the refresh rate of the monitor panel to the rate at which frames are generated by a GPU or other device a greatly improved user experience is possible when both gaming and during video playback, as well as offering improved battery life for mobile applications. NVIDIA's G-SYNC demonstrations both in private and during public events have exemplified the benefits of such technologies, reducing frame stuttering and tearing even with wildly varying frame rates, to the extent that AMD felt moved to demonstrate their own Project FreeSync in very controlled conditions at CES2014. At present NVIDIA's technology is proven, marketable, and in the coming weeks will see its first off-the-shelf variant in the form of the AOC g2460Pg; others have yet to bring any solution to market. 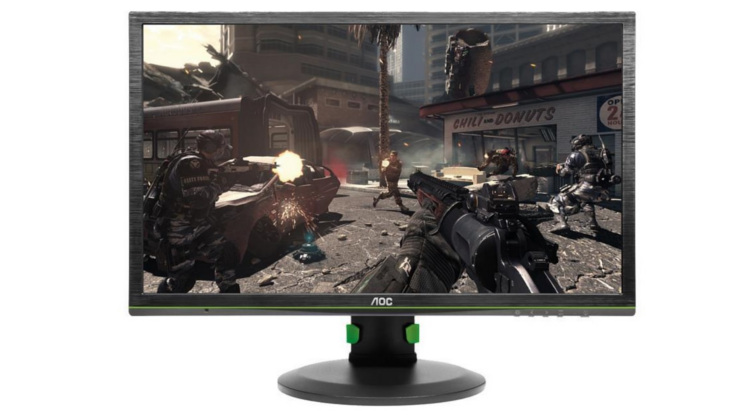 It's therefore being presented as quite a blow to NVIDIA that the Video Electronics Standards Association (VESA) this week approved an alternate methodology for their DisplayPort 1.2a specification. Termed 'Adaptive-Sync', it mandates that certified monitor models allow a real-time adjustment in monitor refresh rate such it can be synchronised with a compatible output device varying in frame rate:

Computer monitors normally refresh their displays at a fixed frame rate. In gaming applications, a computers CPU or GPU output frame rate will vary according to the rendering complexity of the image. If a displays refresh rate and a computers render rate are not synchronized, visual artifactstearing or stutteringcan be seen by the user. DisplayPort Adaptive-Sync enables the display to dynamically match a GPUs rendering rate, on a frame-by-frame basis, to produce a smoother, low latency, gaming experience.

In applications where the display content is staticsuch as surfing the web, reading email, or viewing a slide presentationDisplayPort Adaptive-Sync allows the display refresh rate to be reduced seamlessly, lowering system power and extending battery life.

Adaptive-Sync had been a part of VESA's embedded DisplayPort (eDP) standard since 2009, hence how AMD was able to mock up a FreeSync demo on a laptop earlier this year. At the time NVIDIA were saying that no meaningful update was required to the equivalent desktop standard, but the weight of the VESA board (on which both AMD and NVIDIA have a member, with the AMD member being the current chair) obviously disagreed. It's important to realise that the technology is merely an enabler for the designers of graphics devices to utilise, it still needs to be exploited by Intel, AMD et al for any benefits to be seen.

Whilst NVIDIA have been at the forefront in stimulating progression in the standards it is AMD who seem poised to take advantage. The specification as defined neatly sidesteps NVIDIA's proprietary G-SYNC module - an ASIC which replaces the panel scaler in G-SYNC monitors and controls (amongst other things) refresh timings - by requiring that the monitor scaler is capable of adjusting frame rates in real time (the real time component being key). In a series of responses AMD gave to TechReport.com it was stated that Adaptive-Sync is integral to their Project FreeSync implementation, and so without VESA's backing it seems unlikely that they would have the market clout to push their own solution upon monitor manufacturers as NVIDIA have done.

So, where does this leave NVIDIA? Well, not quite as poorly off as some might imagine. For one G-SYNC is a technology you can invest in now rather than the projected 6-12 months before the first wave of Adaptive-Sync monitors. Furthermore control over their ASIC allows NVIDIA to expand G-SYNC further, for instance by experimenting with low motion blur technology, changing monitor refresh patterns and other features. G-SYNC also adds a 3D mode to selected panels which Adaptive-Sync does not include. Obviously there's a good opportunity for NVIDIA to make hay whilst the sun shines, but the £150 mark-up for G-SYNC will be an issue. On the other hand every Kepler and Maxwell GPU is compatible with G-SYNC; AMD's Project Freesync is limited to a tiny subset of GCN cards.

For the consumer however the move is a win/win. Those who want to take advantage of it now can go down the G-SYNC route, especially if they anticipate staying with NVIDIA GFX cards for some time. In the long term this feature should become available to all, with pricing becoming more and more competetive as times goes on. Furthermore as it's part of the DisplayPort spec it allows the development of alternative implementations in the set-top, console and mobile space in the fullness of time. That said, it's far too early to say what sort of a price impact the standard will have on monitors, and if LCD controllers will need to be substantial redesigned to meet the revised specification.

As as result of this announcement AMD have also released additional technical information regarding FreeSync:

* Adaptive-Sync capable monitors are required for Project FreeSync, AMD's own implementation via their graphics hardware.
* AMD Radeon R9 290X, R9 290, R7 260X and R7 260 graphics cards as well as AMD APUs codenamed Kabini, Temash, Beema, and Mullins are compatible with Project FreeSync
* Potential refresh rate ranges include 36-240Hz, 21-144Hz, 17-120Hz and 9-60Hz. In principle relatively inexpensive panels in the 9-60Hz range can be used (although it remains to be seen if this will be cost effective).

Having had some limited experience with G-SYNC we find this development to be promising indeed, but it's still extremely tempting to go down the G-SYNC route rather than waiting for potential solutions to perhaps appear in 2015.

« SilverStone's ML07 is a small case with a lot of room · VESA Roll Adaptive-Sync Into DisplayPort 1.2a · BitFenix Introduce The Budget-Friendly Neos Chassis »