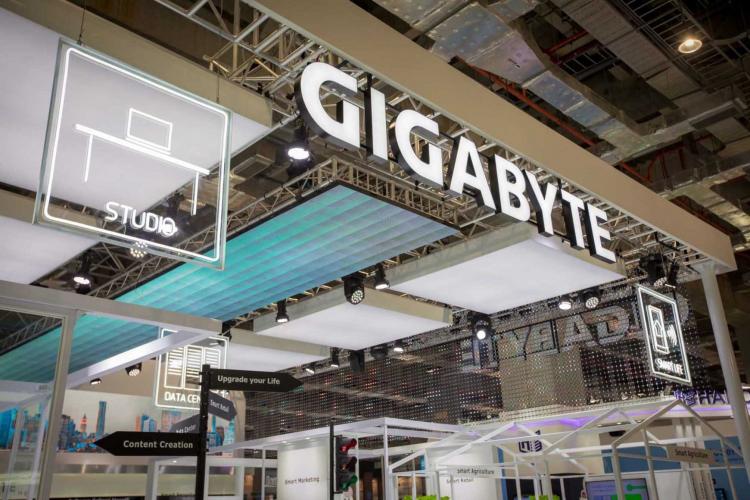 Vortez comes to COMPUTEX 2019 at Taipei, Taiwan to check out the latest products and technologies from leading brands including GIGABYTE which we visited today. Some of the latest products demonstrated and showcased at the GIGABYTE booth include their line-up of AMD X570 motherboards, new GIGABYTE liquid CPU coolers, GIGABYTEs AORUS PCIe Gen4 solid-state drives, all-new AERO Series gaming notebooks, and more.

The GIGABYTE introduced eight AMD X570 chipset-based motherboards for the third-generation AMD Ryzen processors which feature PCIe 4.0 support. We got a closer look at some of the models below. As of this writing, we know by now that most of the X570 motherboards, including GIGABYTEs offerings, have a cooling fan on the PCH to cool the chipset except the X570 AORUS XTREME which remains to use passive cooling with its massive PCH heatsink with a connecting heat pipe to the VRM heatsink. The list of the eight released models are below.

The GIGABYTE X570 AORUS XTREME features direct 16-Phases Infineon Digital VRM with 70A PowlRstage for reliable and stable power delivery. It also features a Thermal Reactive Armor Design with Fins-Array Heatsink with direct touch heat pipe which was first seen with the GIGABYTE X470 motherboards. It also features an extended heat pipe that runs through the VRM and PCH to the Fins-Array Heatsink to deliver efficient cooling to all critical areas. It comes with the latest technology in connectivity including 10GbE LAN powered by AQUANTIA and the latest WiFi6 standard. Learn more about the GIGABYTE X570 AORUS XTREME here. 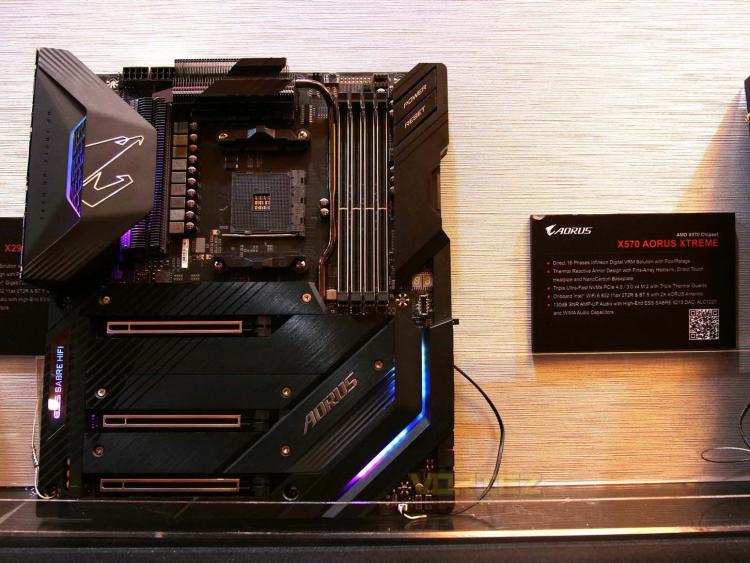 The GIGABYTE X570 AORUS ULTRA features direct 14-Phases Infineon Digital VRM with 70A PowlRstage for power delivery. It's Advanced Thermal Design features the use of a cooling fan but a smaller heatsink compared to the X570 AORUS XTREME but it also comes with the Fins-Array Heatsink with a direct touch heat pipe. It also comes with the latest WiFi6 standard powered by Intel. 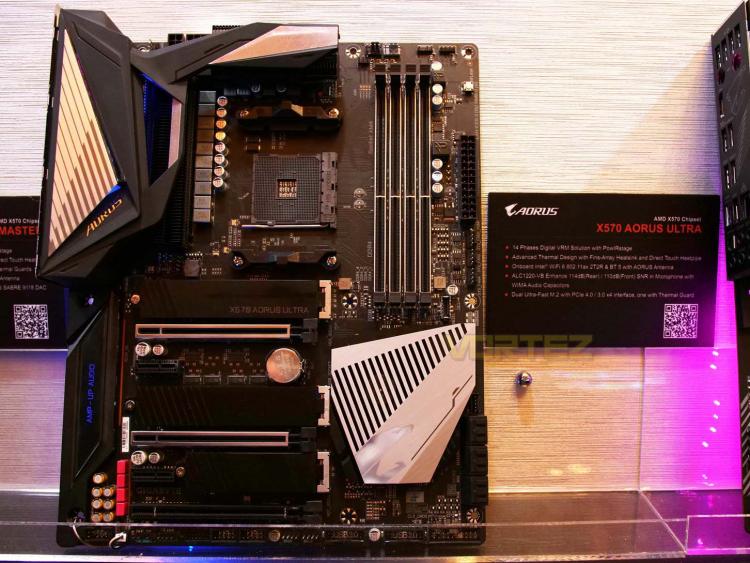 The GIGABYTE X570 AORUS ELITE also has a 14-Power Phase VRM Design but with DrMOS for power delivery. It also features an Advanced Thermal Design but without the Fins-Array Heatsink design, only aluminium heatsink blocks. For connectivity, it packs an Intel Gigabit LAN with cFosSpeed. 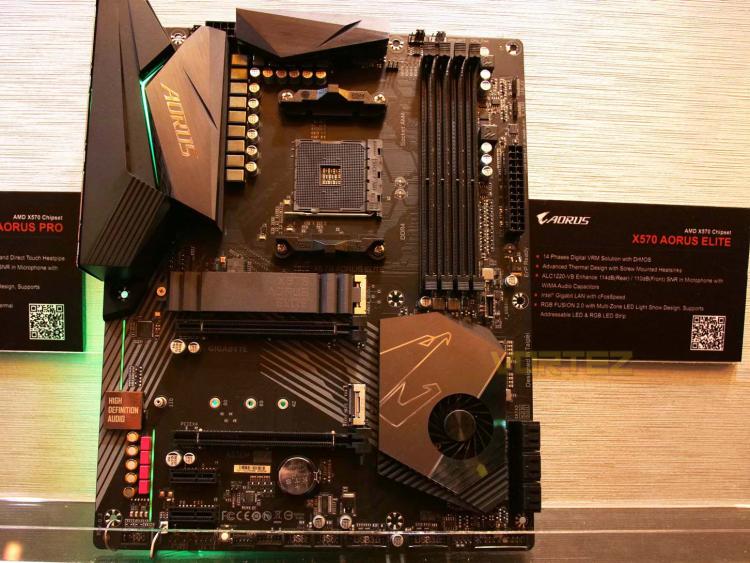 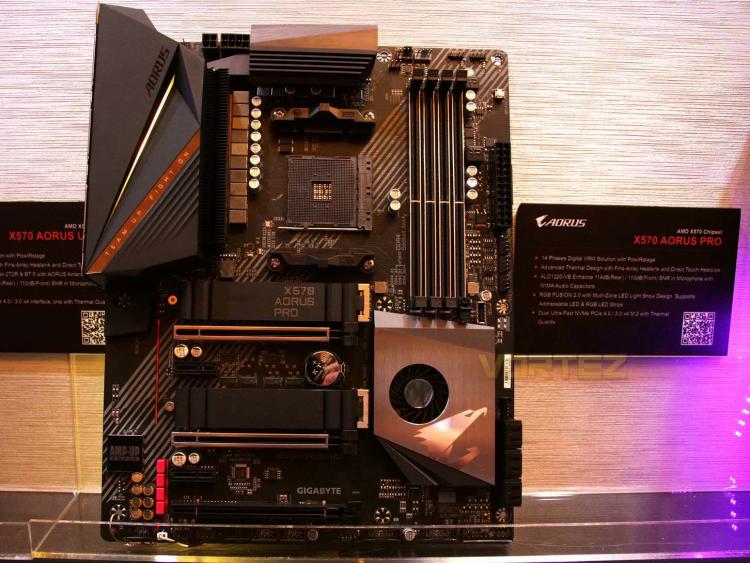 The GIGABYTE X570 I AORUS PRO WIFI is the mini-ITX X570 motherboard offering of GIGABYTE. It features an eight-Phases IR Digital VRM solution with 70A PowlRstage for power delivery. It also comes with an Advanced Thermal Design with an extended fin heatsink and cooling fan. It also features the latest WiFi6 standard powered by Intel. 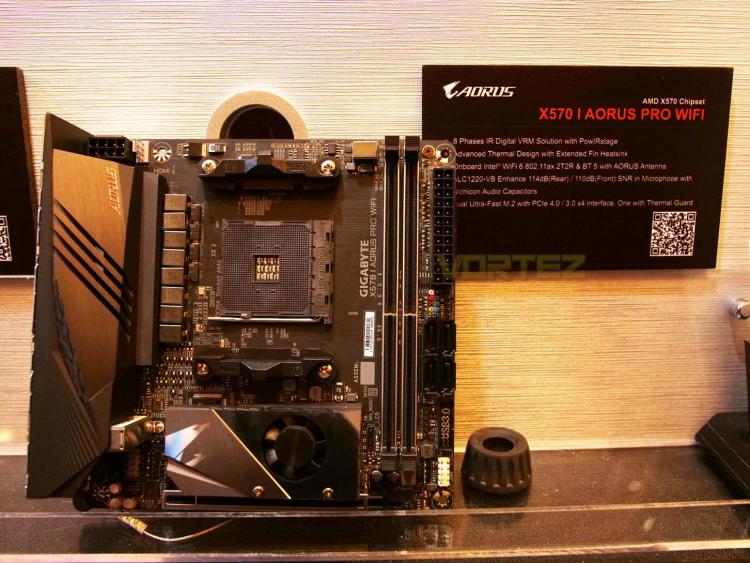 Also, at the GIGABYTE booth is their latest addition to the Intel X299 motherboard series  the X299G AORUS MASTER motherboard. There is no further information as of this writing but it is rumoured that the X299G chipset is an enhanced version of the X299 chipset thus producing a new series of motherboards for Intel's X-Series processors. 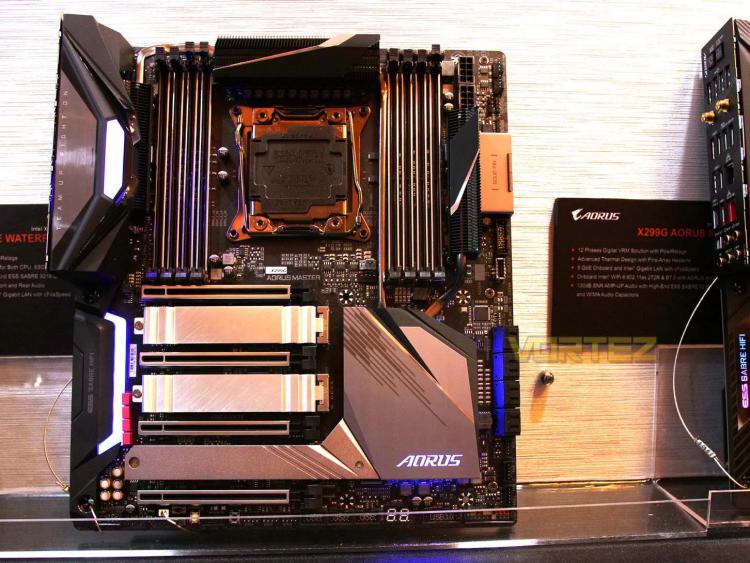 We also got a glimpse of GIGABYTEs new and upcoming liquid CPU coolers. It comes with RGB lighting powered by the GIGABYTE RGB FUSION 2.0 app and the latest Asetek cooling engine. The AORUS AIO Liquid cooler's waterblock features a customizable OLED display panel where it can show real-time status like the CPU make, CPU temperature or others. 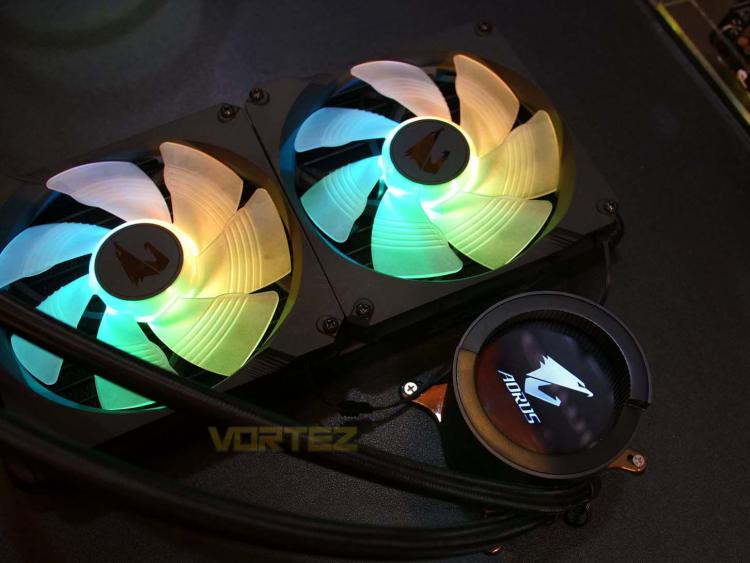 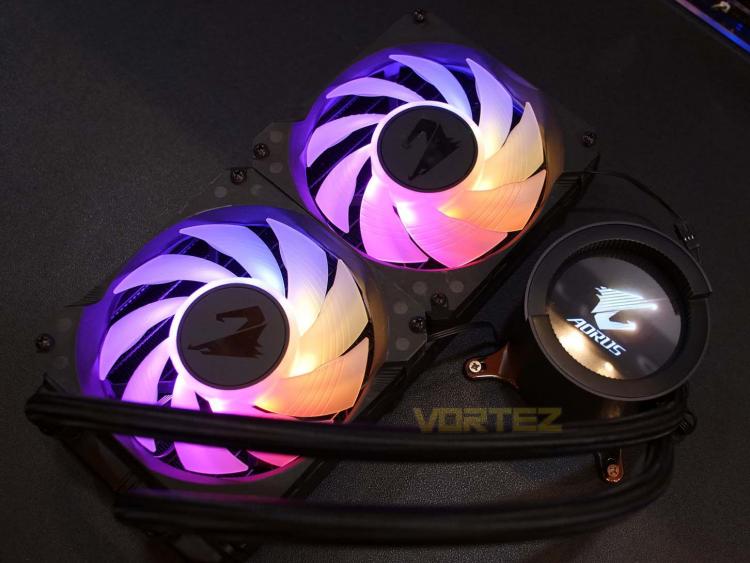 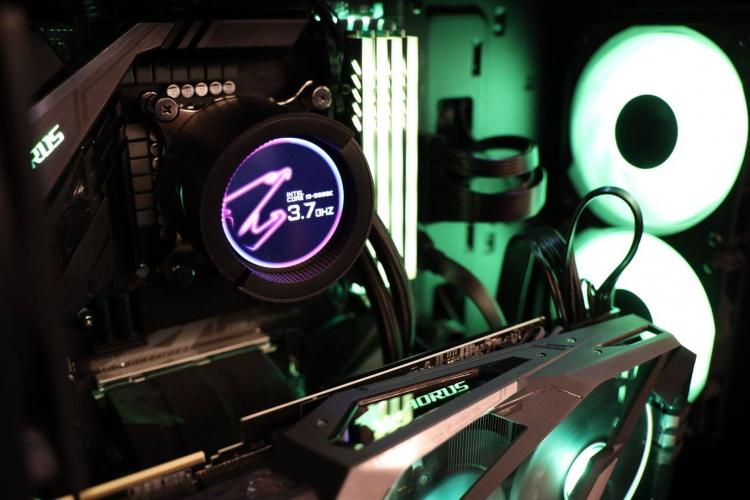 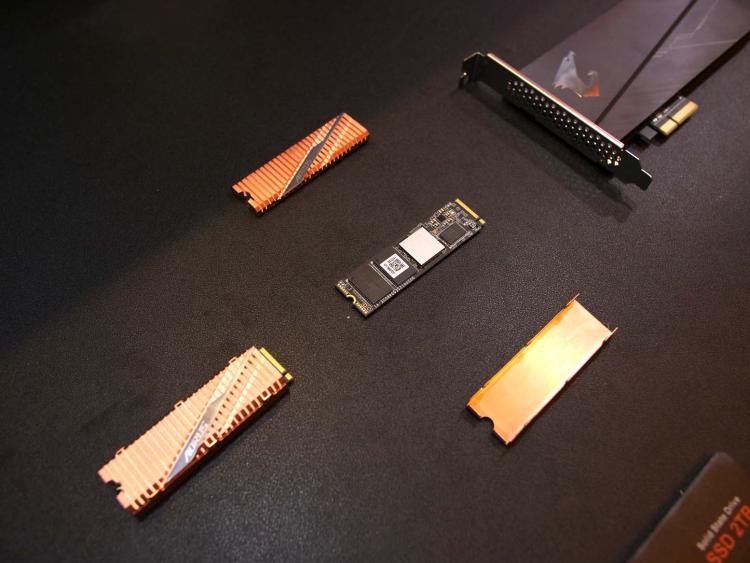 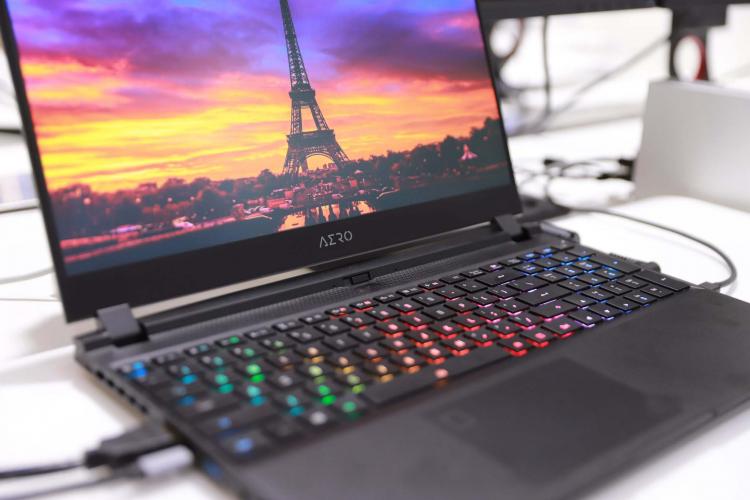 We will update this post as soon as we get more information from GIGABYTE.

There are currently 794 user(s) online:
Google