Vulkan Is Now Available For DOOM 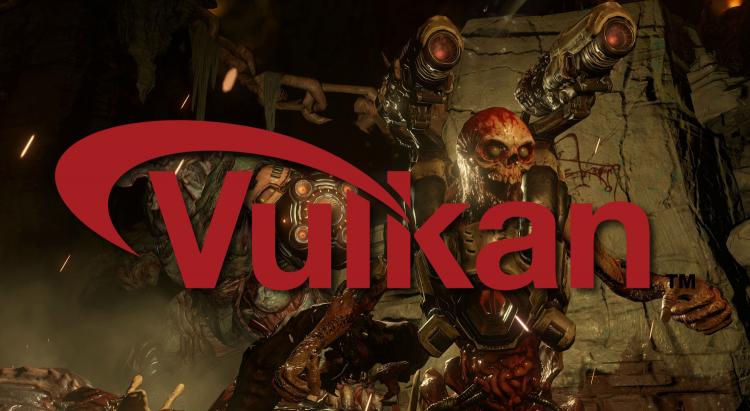 Bethesda has just announced today, 11 July, that Vulkan support for their popular first person shooter, DOOM is now live. Talk of DOOM supporting Vulkan has been swirling for a while now, with it even being used in promotional videos put out by AMD to advertise the release of the Polaris graphics cards. Now, according to Id and Bethesda, support is finally mature and ready for PC gamers to try.

Vulkan is a lower level next generation graphics API based off of AMDs work with Mantle, similar to DirectX 12. Unlike DirectX 12, Vulkan is open and cross-platform, making it a more universal option. The goal of Vulkan is to allow game developers to get as close to the hardware running on a system as possible. This enables developers to utilize as much of a systems graphical potential as possible and increase framerates, even on hardware that would be considered underpowered or outdated. By utilizing Vulkan, Id is effectively able to make DOOM available to a wider range of gamers without sacrificing the modern triple-A graphics experience.

According to Id, they have been working daily with AMD and NVIDIA to ensure that Vulkan support would be available and mature on both platforms since March. For the latest cards on both graphics platforms that goal was met with the current AMD and NVIDIA drivers. Of course, like with DirectX 12, much older hardware will not support Vulkan.

To test out the Vulkan API in DOOM, ensure that the latest graphics drivers are installed and DOOM is updated. Steam users should expect the update automatically. In order to enable Vulkan, head to Settings in the game and under Advanced there is a Graphics API menu. Vulkan can be enabled or disabled from there.

On supported graphics cards, DOOM players should expect at least a minor increase in performance. For more information, head over to Bethesdas Vulkan FAQ found here(https://community.bethesda.net/thread/54585).