Watch Dogs Will Be Out This Holiday For All Home Consoles, Leaked Poster Says

Last year at E3 a certain original IP called 'Watch Dogs' was displayed by Ubisoft and took the show by storm. It looked impressive, the idea is fantastic and it was so refreshing to see something new on show. It very quickly became a sensation with many eagerly awaiting more information and a release.

According to a leaked poster received by kotaku Watch Dogs will be out this holiday season for "all home consoles". You may remember from E3 that Watch Dogs was touted as a next gen game. Next gen game coming out this year? Could that mean the next gen consoles are just around the corner too? You can see the leaked poster below. 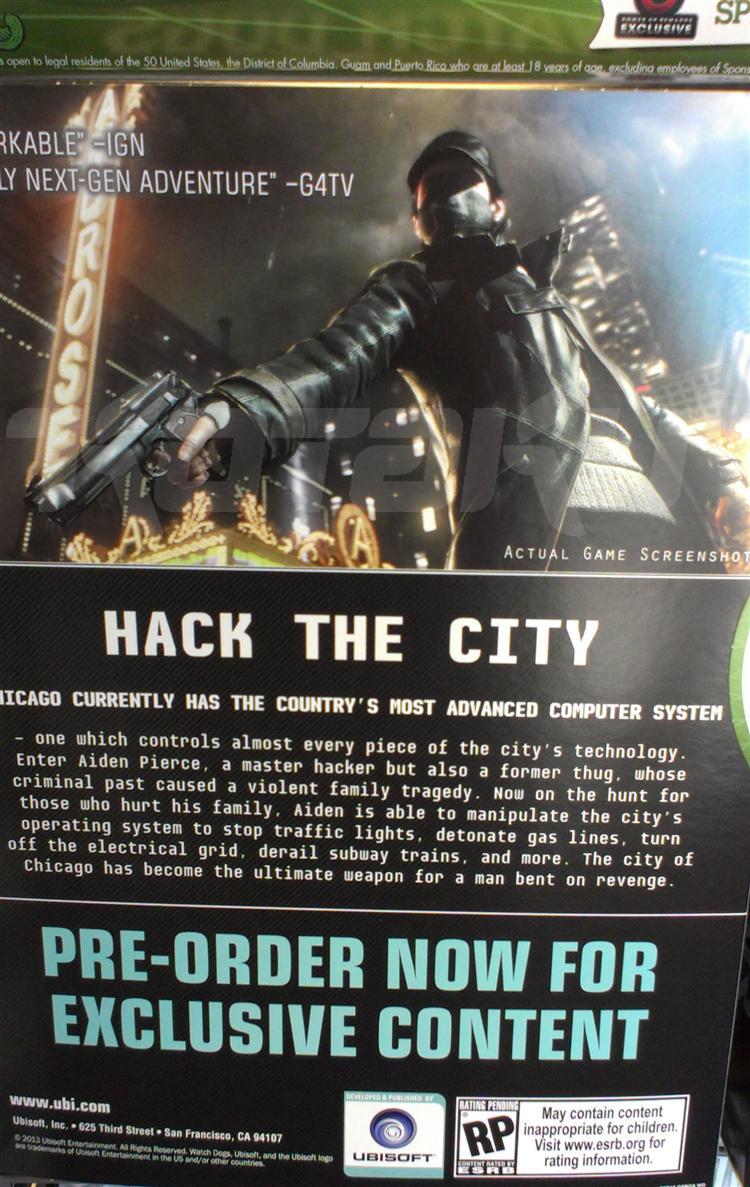 Kotaku got in contact with Ubisoft to ask it about the next gen statement as well as others and, while they wouldn't comment on console release dates they did say this.

Ubisoft is pleased with the response for Watch Dogs from media and fans. The game is an original IP that has been created from the ground up at Ubisoft Montreal with inspiration from many titles and ideas the studio has worked on throughout the years.

There is not a whole lot more information about this game It still remains one of the most anticipated games of this year.

What do you think? Are you still excited for this game or did the hype wear off? Tell us in our forums.

« AMD Clarify Graphics Agenda For 2013 · Watch Dogs Will Be Out This Holiday For All Home Consoles, Leaked Poster Says · Crytek has 'big plans' for Crysis 3 DLC »