Windows 11 To Be Available Worldwide From October 5th

Yes, Microsoft have finally put a date on the release of Windows 11: October 5th 2021. In a post at the official Windows Blog it has been announced that the Operating System will be bundled with PCs and available as a free upgrade for Windows 10 users to download from this date; however, as exciting as this release is, you might want to hold off on jumping in with both feet from day one.

Windows 11 is a significant update to the Windows operating system that rolls in a host of changes to UI, security and subsystem capabilities compared to the OS it replaces. Unlike Windows 10 however - which launched with DirectX 12 API support - it doesn't have any one killer feature that will drive sales in a particular segment. Instead the sheer weight of improvements should be enough to make you consider an update, particularly if you're running a supported laptop or tablet, and if you engage with what Microsoft call a 'hybrid work or learning' use case.

But should you update? Well firstly there's a question of if your system can even support Windows 11. New hardware-level security requires motherboard support for a technology called Trusted Platform Module 2.0 (or TPM 2.0 for short); the OS will install without it, but will not receive some of the most important post-launch updates during its life span. Tomshardware has more on this topic here, and Microsoft have indicated that installing Windows 11 on an unsupported hardware platform via upgrade is something you won't be able to do 'accidentally'.

The second worrisome aspect is software compatibility. There's no guarantee that older software that works without complaint on Windows 10 will continue to do so on Windows 11, particularly if that software's developers have placed it in a 'legacy support' state. Games ironically are most likely to be supported due to the efforts of publishers and platform curators such as GOG, but office and media editing tools might become effectively obsolete as vendors urge you to move to a new 'approved' version.

And the final big issue likely to rear its head is one of stability. Windows 10 has been in service for over 5 years now with an install base numbering in the hundreds of millions; Windows 11 hasn't undergone nearly as much 'testing'. Hardware driver stacks for this OS are also relatively new, and some in-use hardware configurations have no official driver support (such as NVIDIA GTX 700-series or AMD RX 300-series graphics). In other instances the support may be assumed, but Windows 11 wouldn't be the first release to have big day one issues. If your system is critical for work, or simply if losing it would be a major handicap to your relaxation time, it would be sensible to be safe rather than sorry. 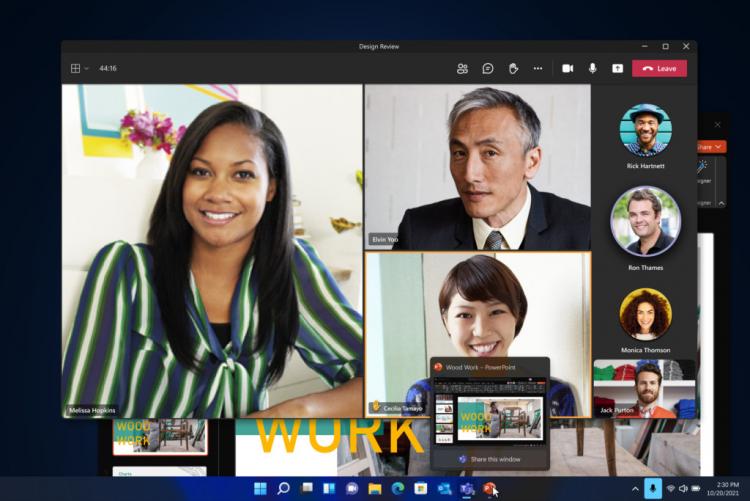 On the other hand, Microsoft have helpfully listed a few highlights to tempt you into being an early adopter if you're feeling adventurous:

1. The new design and sounds are modern, fresh, clean and beautiful, bringing you a sense of calm and ease.
2. With Start, weve put you and your content at the center. Start utilizes the power of the cloud and Microsoft 365 to show you your recent files no matter what device you were viewing them on.
3. Snap Layouts, Snap Groups and Desktops provide an even more powerful way to multitask and optimize your screen real estate.
4. Chat from Microsoft Teams integrated into the taskbar provides a faster way to connect to the people you care about.
5. Widgets, a new personalized feed powered by AI, provides a faster way to access the information you care about, and with Microsoft Edges world class performance, speed and productivity features you can get more done on the web.
6. Windows 11 delivers the best Windows ever for gaming and unlocks the full potential of your systems hardware with technology like DirectX12 Ultimate, DirectStorage and Auto HDR. With Xbox Game Pass for PC or Ultimate you get access to over 100 high-quality PC games to play on Windows 11 for one low monthly price. (Xbox Game Pass sold separately.)
7. Windows 11 comes with a new Microsoft Store rebuilt with an all-new design making it easier to search and discover your favorite apps, games, shows, and movies in one trusted location. We look forward to continuing our journey to bring Android apps to Windows 11 and the Microsoft Store through our collaboration with Amazon and Intel; this will start with a preview for Windows Insiders over the coming months.
8. Windows 11 is the most inclusively designed version of Windows with new accessibility improvements that were built for and by people with disabilities.
9. Windows 11 unlocks new opportunities for developers and creators. We are opening the Store to allow more developers and independent software vendors (ISVs) to bring their apps to the Store, improving native and web app development with new developer tools, and making it easier for you to refresh the look and feel across all our app designs and experiences.
10. Windows 11 is optimized for speed, efficiency and improved experiences with touch, digital pen and voice input.
11. Windows 11 is the operating system for hybrid work, delivering new experiences that work how you work, are secure by design, and easy and familiar for IT to deploy and manage. Businesses can also test Windows 11 in preview today in Azure Virtual Desktop, or at general availability by experiencing Windows 11 in the new Windows 365.

Windows 10 users will start to be prompted to upgrade from October 5th as the program is rolled out in phases; all eligible devices should have been offered the upgrade by mid-2022. DIY builders and enthusiasts should also be able to purchase retail copies from October, although pricing hasn't been revealed as uet. The situation for users still running Windows 7 and earlier operating systems is unclear, but likely to be immaterial due to the aforementioned hardware incompatibilities.