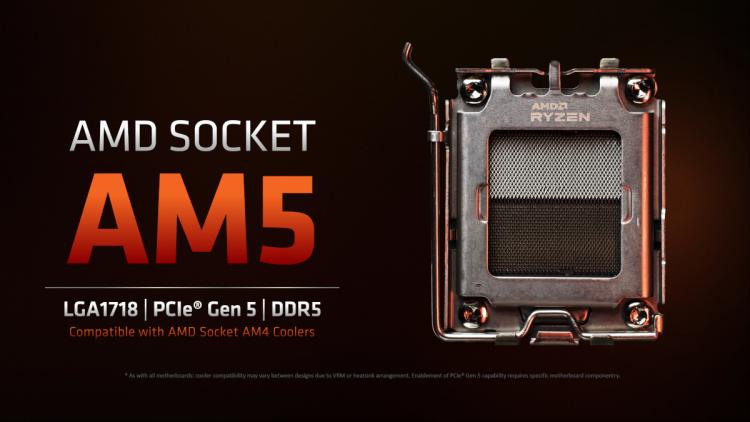 AMD's Computex 2022 keynote premiers at 7am UK time tomorrow morning (2pm Taiwan (GMT+2), 2am Eastern US) and Dr Lisa Su is expected to reveal a host of details on the upcoming Ryzen 7000-series CPUs and 600-series motherboards including SKUs, features and perhaps even a launch date if we're lucky. What AMD might not have been expecting however is this weekend's leaks from some of their major motherboard partners, each of whom have outed key aspects of their 600-series implementations that indicate the direction of AMD's design ethos.

Perhaps the biggest leak comes from Baidu via @9550pro on Twitter. It shows the PCB and infers the component layout of the ASUS Prime X670-P WIFI, a mid-range implementation of the premium X670 motherboard range. The new LGA 1718 Socket AM5 takes centre stage obviously, and the SKU as a whole is fed through 8+4-pin 12V CPU power connectors - nothing too outlandish there. Casting your eyes down however shows two positions for the chipset, one below the DDR5 memory slots and another below the main PCI-e x16 slot, and a further large chip in a central location. 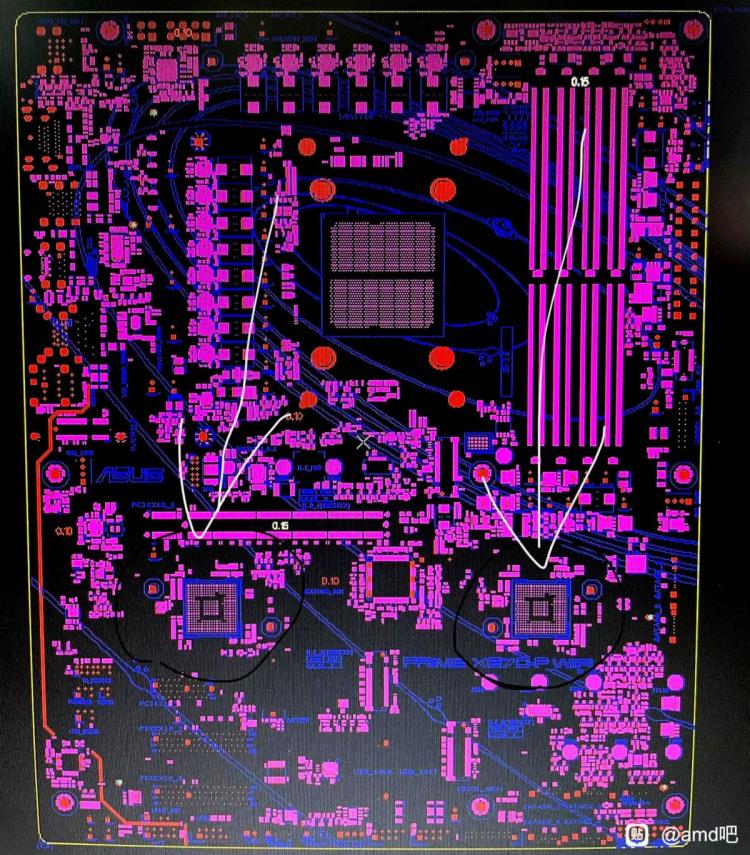 These two controller chips, potentially standard on X670, are likely twin Asetek Promontory chips that each offer moderate I/O including USB, networking and auxiliary PCIe 4.0/5.0 lanes. The central chip might be a controller for the two, handling incoming signalling from the CPU and apportioning it appropriately. Both chipsets have mounting points for heatsinks, and the heat generated by next-generation GPUs might pose a problem for the left-hand chip in particular.

Other visible features of the motherboard in question are the three M.2 slots (at least one of which is likely to be PCIe Gen4), and traces for three PCIe slots (a single x1 and two x4). The ASUS Prime X670-P WIFI doesn't bear the X670E designation, which is believed to be reserved for those motherboards equipped with an 'Extreme' chipset that supports both PCIe Gen5 graphics and M.2 storage.

Ongoing speculation indicates that a B650 design might include only one Promontory chip, reducing both its capabilities and overall cost. This would make adoption of the new Ryzen platform (which unlike the 500-series will have no cheap fallback components) more affordable, which given current market trends and the price of DDR5 memory, might be critical to AMDs plans. 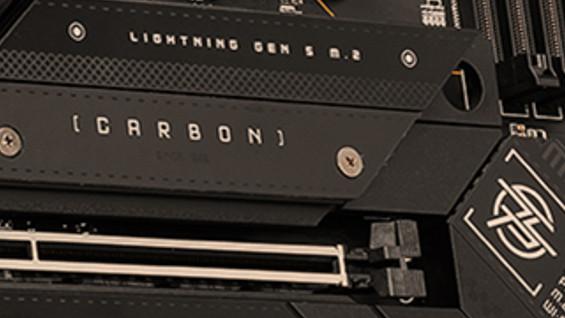 Leaks out of MSI's camp are slightly less exciting, but important nonetheless. Arriving from @g01d3nm4ng0 on Twitter are glimpses of the X670E Carbon WIFI and a connector diagram of its back panel I/O, revealing a little more of the X670E chipset's capabilities (while not confirming the speculation above).

The most pertinent aspect of the board shots is the one showing its 'Lightning Gen 5 M.2' slot. This underscores the current theory that X670E would support PCIe Gen5 graphics and storage, and also that it's a feature of truly high-end boards (which a MSI Carbon SKU tends to be). The rear back panel meanwhile is chock full of USB ports primarily supporting a mix of USB 2.0 and USB 10G (i.e. USB Gen2x1 10Gbps). A single USB Type-C connector proports to support USB 20G (USB 3.2 Gen2x2 20Gbps) from the chipset, and the second USB Type-C connector supports 10Gbps. There is at present no hint of full-speed USB 4 or Thunderbolt 4 support, which in theory would have an available bandwidth of up to 40Gbps.

An image of the MSI PRO X670-P's back-panel I/O tells a tale with most of the USB 10G swapped out for USB 5Gbps ports, but still offering the same USB Type-C connector capabilities. It's also notable that the Carbon design has more back-panel options for tinkerers including what's likely to be dual-BIOS and USB BIOS Flashback options rather than just a Clear CMOS button.

You can tune in to Dr Su's Computex 2022 Keynote at Youtube.com tomorrow morning, where you should hear details of the new Ryzen platform and potentially RDNA3 graphics solutions due for later this year. Feature updates to their Radeon software stack, including some new game partnerships, are also likely to be covered.