Hands up who thought this was about a water/liquid cooler based on the title? I must admit I did. I thought a leaking cooler has to be bad and as a result perhaps there is some pictures of the damage caused by liquid meeting electronics. When I clicked the link I was a little disappointed but also pleasantly surprised. What I saw was a strange looking cooler which, upon closer examination appears to be freaking huge! Further reading reveals slightly more about it.

Obtained from an unnamed source by fan-free cooling specialist site FanlessTech, the image reveals a beast of a cooler with an unconventional design. A base plate is connected to what appear to be several interconnected fin stacks, likely aluminium, through four copper heat pipes. The centre of the device features a raised surface in a hexagonal mesh, while the corners are rounded and covered over. 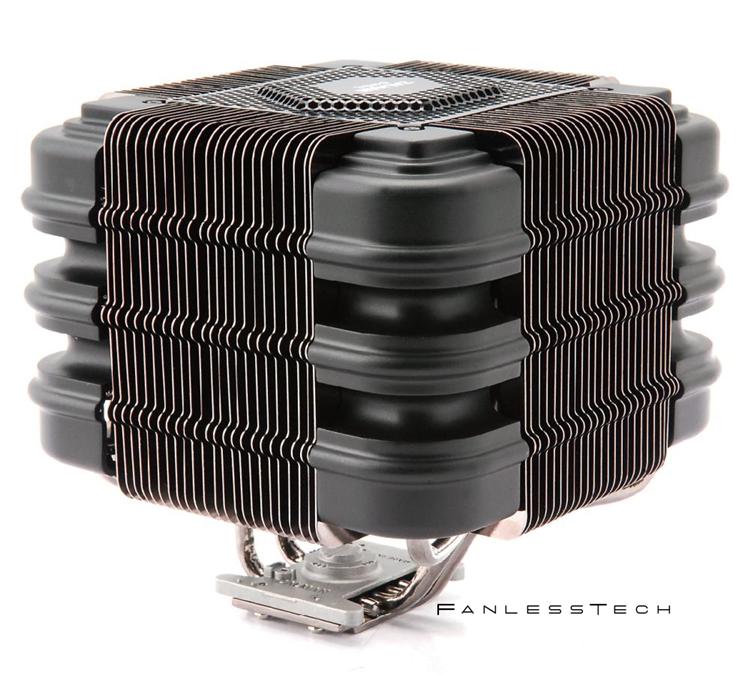 These are really the only details available about the cooler. Zalman obviously want to keep as much a secret as they can until they officially reveal it. The FX100 Cube appears to work using unicorn tears; Or is it convection? Probably convection. Being fan less means it will also be silent but will its performance be as impressive as its size? It also appears to come in 3 colours. Black for being cool, Blue for superior cooling and Red for making your CPU go faster*. 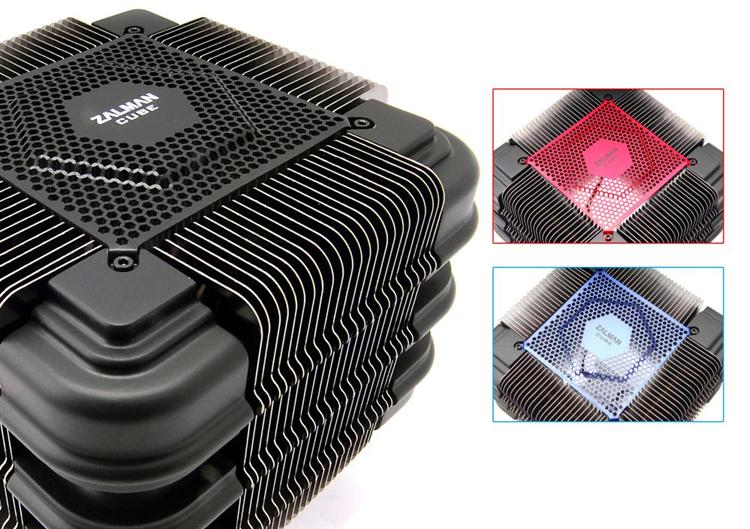 We'll keep our eyes out for more information when it arrives but until then you will just have to look at the leaked pictures to satisfy your curiosity. What do you think of it? Let us know in our forums.

*
Pure conjecture on my part

« The Walking Dead Season Finale will be released on all platforms on the 21st of November · Zalman FX100 Cube passive heatsink leaks · Logic3 Presents New Ferrari Peripherals, For The Discerning Tifosi »