Friday 4th November 2011 - ZOWIE GEAR - Being almighty is something that is reserved for the Gods. Even so, there are people who come close on earth, having been granted with powers that make them shine in certain areas of their lives. One of these people is Abdisamad 'SpawN' Mohamed, who has been blessed with divine talents for computer games.

Those of you, who have been lucky enough to watch him play, will understand why we would dare to say that almightiness is possible. When watching SpawN play in his prime, sometimes you would have the feeling that he was able to solely decide whether he wanted to win or lose, as he had a unique ability to take his game to an unreal level and completely dominate his opponents.

SpawN is a living legend, known not only for his superior skills in Counter-Strike and his friendly and down-to-earth personality, but he has also proven himself in his "afterlife", as a mastermind in developing competitive gaming gear with unique and innovative features.

He has been able to transfer his unique understanding of Counter-Strike into his position as a product developer, which has allowed him to assist in the development of several best-selling products, such as the ZOWIE G-TF, G-TF speed and the BenQ XL2410T monitor, which he was a leading advisor on together with Emil 'HeatoN' Christensen. The success of the BenQ XL2410T has been so great that both players were invited back to work on its successor, the BenQ XL2420T and TX which is being released these days.

With that being said, we are very pleased to announce the expanding of SpawNs competitive gaming gear portfolio with the ambidextrous mouse, ZOWIE AM.

The ZOWIE AM was developed for gamers who value stability, functionality and performance. As a competitive gamer, you should always be able to trust your equipment to perform at its best  if it does not, how should you? This is why we only use proven technologies in our mice.

Because shape is one of the most important factors when choosing a competitive gaming mouse, the ZOWIE AM has been built as a versatile mouse, which can be easily adapted to the users preference to either left- or right-handed use. In an effort to offer users of ambidextrous mice (left-handed users especially) a higher level of comfort when playing, the ZOWIE AM features two buttons on each side  but only one side can be active at a time, meaning that the users has to define either left- or right-handed usage. Just as with the Hz-changer on the EC-series, there are no drivers or software  the switch is made directly on the mouse, and the mouse will remember the setting. 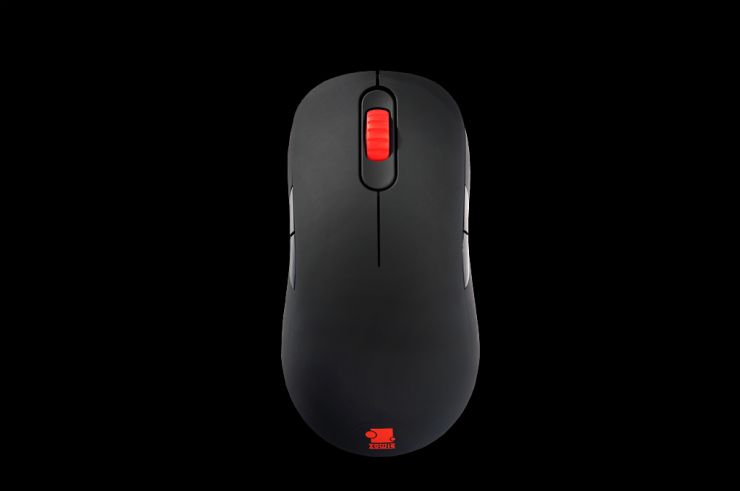 From the feedback we have received from researching about ambidextrous mice, we can understand that one of the most annoying features is that these mice almost always have functional buttons on both sides, making it easy to accidently hit the wrong button with your palm or pinky finger. Some users dont see this as a problem, but instead they think its annoying that theres only one button on the side they actually use. This is not suitable for competitive gamers, so it is something we are looking to eliminate. For those of you who prefer functional buttons on both sides  this mouse is not for you.

When it comes to performance, there is no doubt in our mind that optical is still the best choice. Even though it does not offer the same DPI-values as laser, the optical sensor has proven itself worthy of competitive gaming through its everlasting stability and trustworthy functionality.

However, one thing that can split the waters is the question of prediction or no prediction  some like it, some dont, and SpawN insisted that his mouse should be without it. The ADNS-3090 is the best prediction-free optical sensor on the market at this time, so we decided to fix the issues it has and use it in the ZOWIE AM.

The ADNS-3090 is the most stable and functional optical sensor available, but it has a problem with lift-off distance, which is up to 3,5 mm. This is not suitable for competitive gaming. Other manufacturers have looked for fast solutions, trying to hack the sensor, but this has resulted in instability of the cursor instead  not suitable either.

Unfortunately there are very rarely any easy fixes when it comes to optimizing a product and making it ideal for competitive gaming, so we have gone the hard way to develop a custom lens which would function flawlessly with the ADNS-3090, as we did with the ADNS-3060 in the EC-series. It has taken a lot of time and effort, but we have finally succeeded in creating the exact combination necessary for a low lift-off distance (1,5 mm) while maintaining flawless performance.

The ZOWIE AM will be available for purchase in December:

For more information on the AM, or other gaming-grade products from ZOWIE, visit zowiegear.com