👤by Ed Hume  Comments 📅31-07-12
The Parade of the Fans: Pictures and Technical Specifications 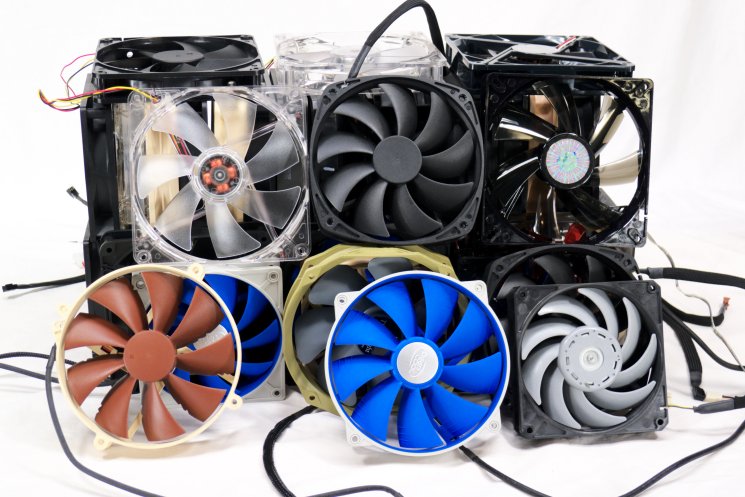 This section lists the fans to be compared and their specifications, as stated by the brand sellers. Most fans sold to consumers are made by a manufacturer for the brand seller, so you cannot be quite sure who actually built the fan. And you cannot be quite sure that the specs are accurate, or just marketing hype. This is, after all, why independent comparisons are important.

Under the specifications for each fan you will see "Measured in Free Air." To give you an idea of how loud these fans would be if you used them as intake fans in the front of your case, the fans were run in open air, measured with an SPL meter (a device that measures sound pressure level) with the results recorded in decibels, A scale (dBA). The SPL was measured at 10cm and translated to an equivalent SPL at 1 meter, which is the standard comparison distance. Because of limitations in the equipment and the setting, the measurements tend to bottom out at 11 to 13 dBA. Fans can be quieter than that, but it wont show up in these informal measurements.

Here is a rule of thumb for fan noise:

The above are decibel readings at one meter. In a very quiet room you will not hear much under 30dB at one meter. But people are often much closer than that to their cases, so the quieter fans can be important.

The main results -- the cooling power of these fans -- will be shown in a set of charts in a separate section following the fan parade.