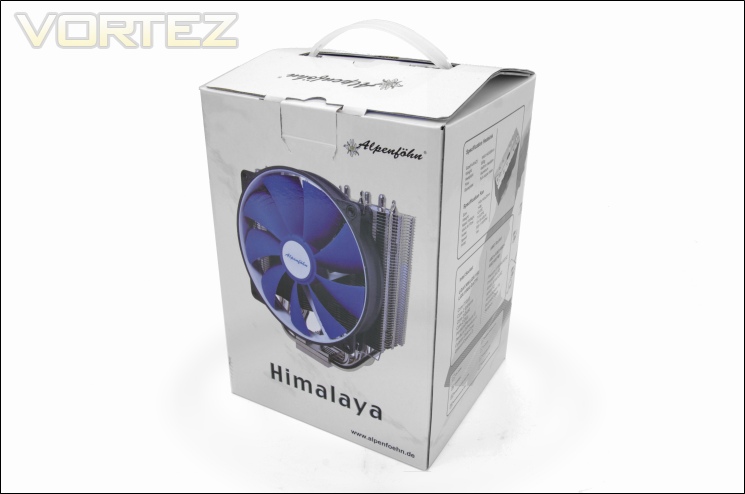 The packaging
Keeping in theme with their naming scheme, the white box depicts the cold one would experience on the Himalaya and fittingly from their cooler. The package is simple but very effective. As usual, the cooler is illustrated at the front with the brand and model name also printed in bold. The background reveals a silhouette of a mountain and thankfully this is subtle to avoid the tacky effect we found with the Matterhorn. The box further features their traditional handle for easy carrying. Perhaps not as remarkable as the K2s packaging but it does its job. 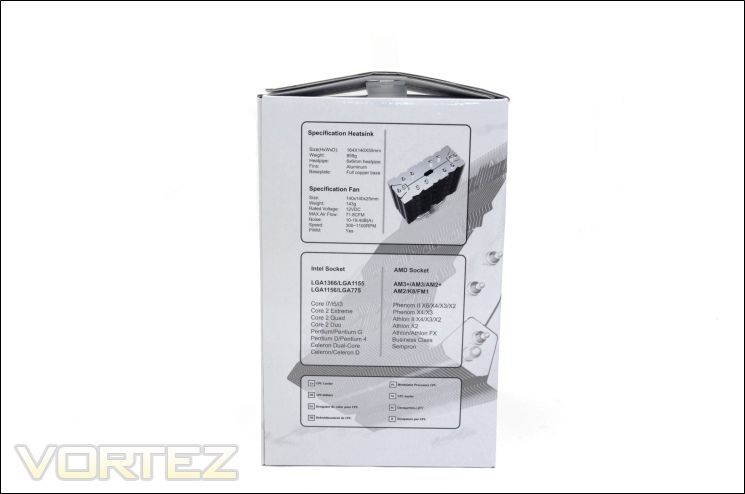 The specifications
On one side of the box is the standard placement for the specifications, listing the heatsink and fans details, as well as highlighting socket compatibility. Although not listed on the package, the cooler has support for recently released LGA2011 motherboard thanks to Alpenföhns free upgrade kit. Alpenföhn have to be commended for such support and we can only wish that some other manufacturers follow suit. The specifications provide potential buyers a quick preview of what to expect from the cooler in terms of performance and size. 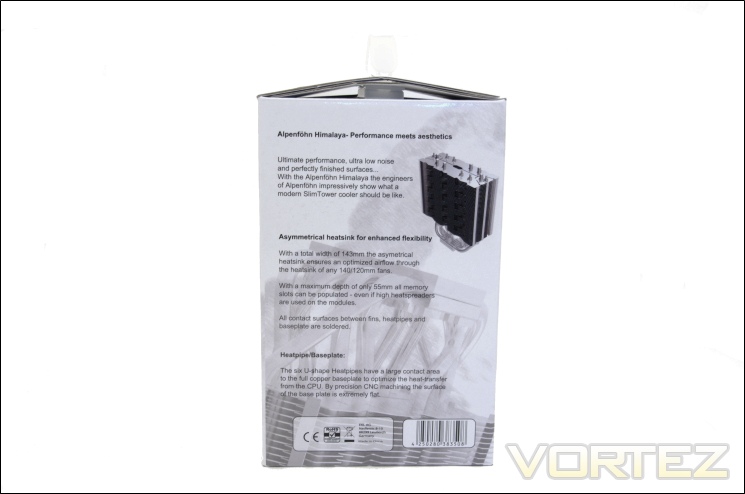 The features
On the other side, a few key features are listed such as their asymmetrical heatsink design for optimised airflow, compatibility with tall memory modules, inclusion of a 140mm Wing Boost fan and the heat pipe count/ base plate design. So far, very promising. 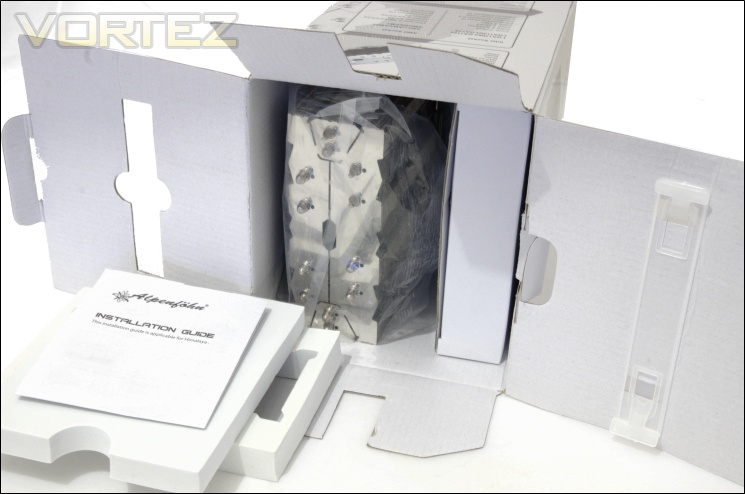 Opening the box
Inside, the Himalaya is neatly and securely packaged. The heatsink is wrapped in a plastic bag and positioned with foam to avoid movement during transit. The fan is boxed separately within the main package, as are the accessories kit. Whilst not as meticulous as the K2s packaging, it does a fine job preventing potential damage. 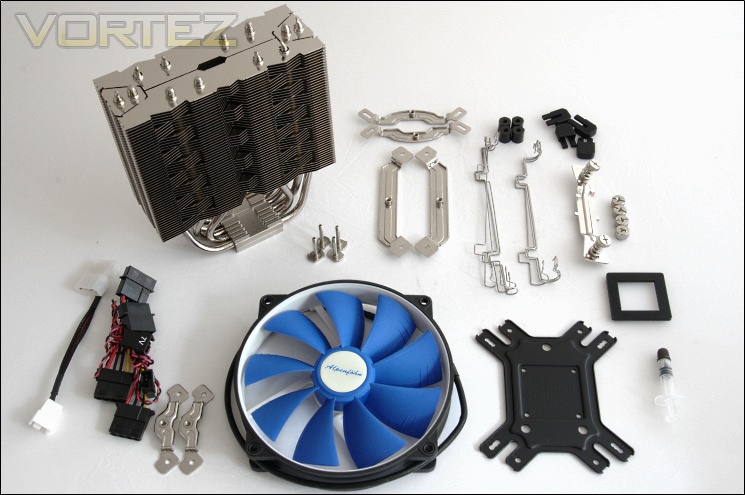 The bundle
Alpenföhn have to be commended once again here for developing a brand new mounting mechanism that is leaps ahead of their previous efforts. The bundle includes:

Alpenföhn have settled for a universal installation kit, the same one found on the K2. This is an excellent decision as the mounting kit is much improved over their previous designs. It is on par with Noctuas SecuFirm2 and Phantekss SoliSku mounting kit. Another observation is the 8 wire clips, 4 of which are for two 120mm fans, and the other 4 for two 140mm fans. We have to note here that although the Wing Boost 140 is indeed a 140mm fan, it has been specially designed with 120mm mounting holes. The additional 140mm wire clips are to allow 140mm fans with standard mounting holes such as the original Wing Boost 140mm fan. 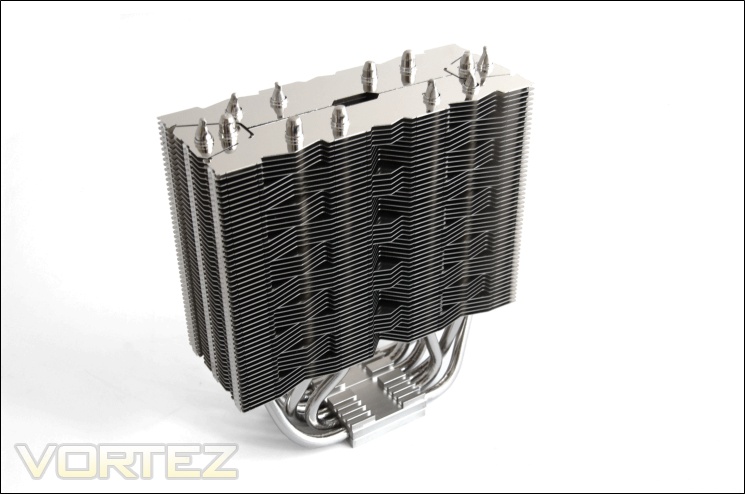 The Himalaya heatsink
Like the K2, Alpenföhn have created yet another heatsink that oozes class and quality. The single tower cooler resembles no other cooler in its class, highlighting the companys creativity and flair for aesthetics. Its shape is very distinctive and the heat pipe layout and fin array further accentuates its uniqueness. The first striking feature is its shiny silver finish thanks to the aluminium construction and nickel-plated finish. Its narrow depth is the second factor distinguishing the Himalaya from other such heatsinks at a mere 55m.