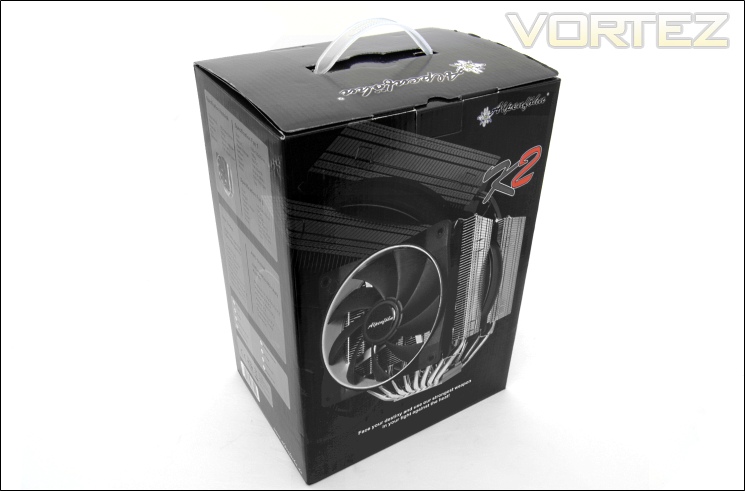 The front of the box
One of the greatest things about Alpenföhn is that they actually listen to past criticisms and work on those. Im glad to see that they have responded to my past complaints about their box designs and created a far more appealing one. Alpenföhn have opted for a traditional cardboard packaging in black this time rather than the vibrant mismatch of colours that plagued their previous ideas. It brings a more sinister and subtle atmosphere that is fitting of their most powerful cooler. On the front is a picture of the K2 itself, with their logo and model name printed just above. 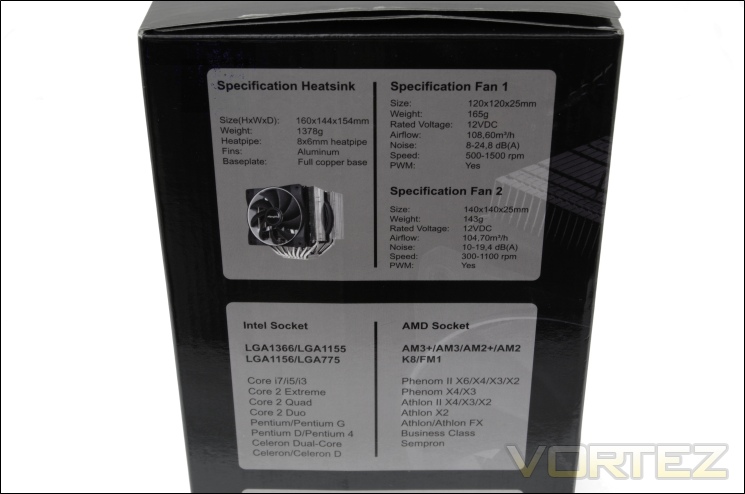 The specifications
On one side of the box is listed all the heatsink and fan specifications as well as the socket compatibility. It gives potential buyers a quick preview of what to expect in terms of performance and size. It also becomes apparent that two fans are already bundled and that there should be absolutely new compatibility issues with any motherboard socket dating back to K8 for AMD and LGA77 for Intel. 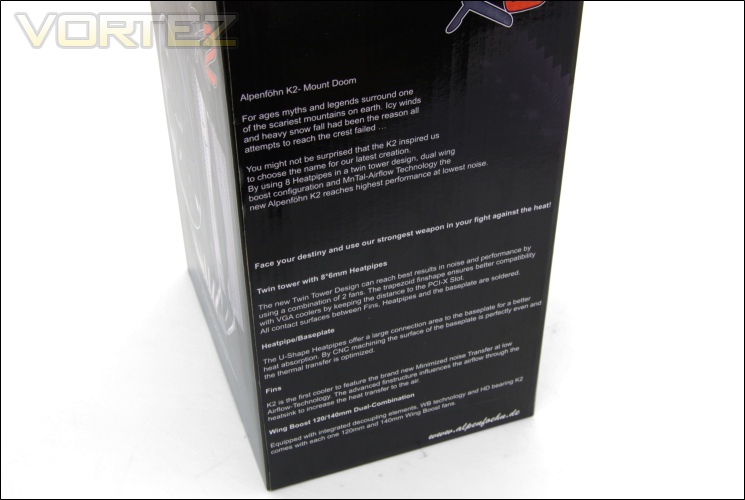 The features of the K2
Turning to the other side, Alpenföhn provides a blurb on the K2 referring to it as Mount Doom for obvious reasons. More importantly is the feature list highlighting the twin tower design and their 8x 6mm heat pipes concept. The inclusion of their two Wing Boost fans is also mentioned. 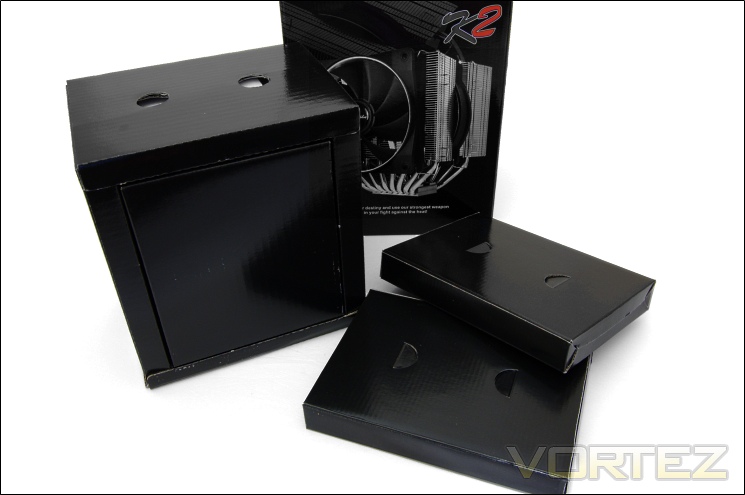 Inside the box
Opening the box, we are met with several more boxes retaining the entire bundle and the cooler. The larger one not surprisingly holds the heatsink and the middle fan whereas the other two holds the second fan and the accessories. 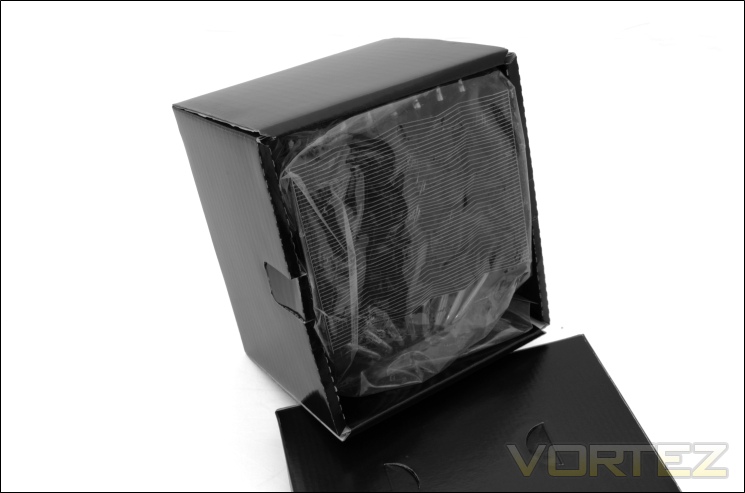 The heatsink packaging
The heatsink comes very nicely wrapped and packaged inside its own compartment to prevent damage. The overall packaging is leagues ahead of their previous designs and more representative of a high end product. 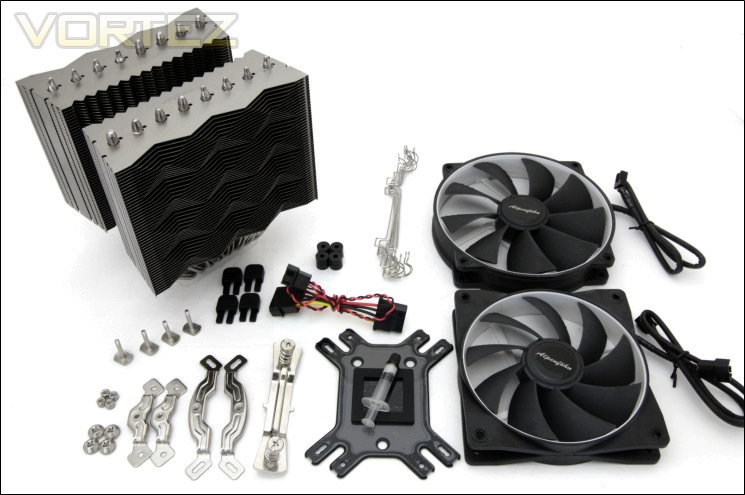 The bundle
Alpenföhn have to be commended once again here for developing a brand new mounting mechanism that is leaps ahead of their previous efforts. The extensive bundle includes:

The mounting kit shares some similarities to Noctuas SecuFirm2 and Phantekss SoliSku mounting kit but Alpenföhn have brought some originality to their components. Another great addition is the sheer number of fan clips bundled meaning more up to three fans can be mounted without issues leaving 2 spare ones. Despite the fans PWM functionality, a voltage adapter is still provided.