AMD Bulldozer is the worlds first native, eight core, desktop processor. Since the days of Intel releasing their Core2Duo CPUs and later on, their Core2Quad CPUs, AMD have been trailing behind. Although they have been able to offer CPUs with more cores than Intels' equivalent for a similar or cheaper price, they have not been able to match Intel in the performance sector. Intel have been consistently improving their designs and they have left AMD in the dust.

We have gone from a 45nm architecture on Phenom II to a 32nm architecture on Bulldozer which should have brought both improved power consumption figures to the table, as well as a design which can be clocked at higher speeds. However, the only FX CPU out of the entire FX line up that delivers on a higher clock speed is the FX-8150. Granted that the turbo features do boost the core speeds above and beyond the Phenom IIs' range, it should have been possible to reach these speeds without the need for the turbo.

The wattage ranges from 95 to 125 watts which is no improvement over Phenom II. Granted there are many more transistors within the chip (~1.2B), but Intel have managed to bring down their TDP and improve their performance so we wonder why AMD have not been able to pull this off as well. 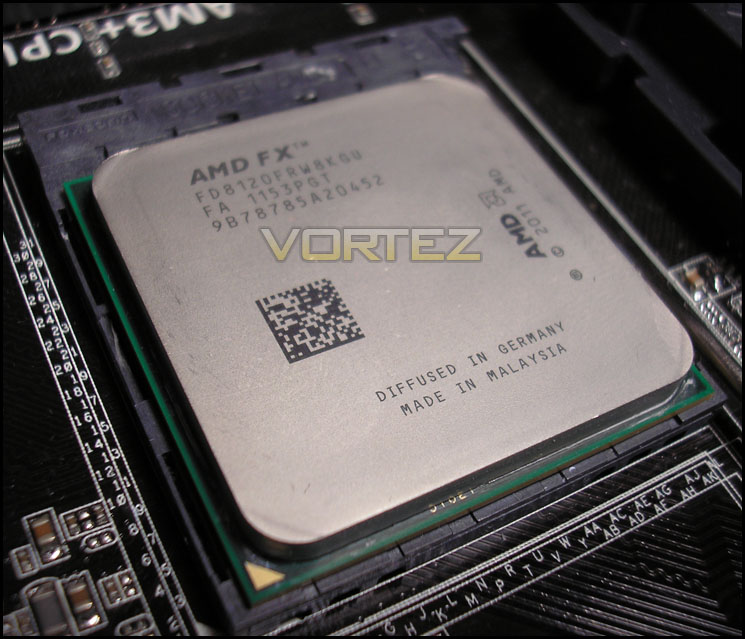 AMD's Overview of Bulldozer
We call it the new AMD FX 8-Core Processor Black Edition and its unlocked for your overclocking pleasure. Experience unmatched multitasking and pure core performance with the industrys first 32nm 8-core desktop processor. Get the speed you crave with AMD Turbo CORE Technology to push your core frequencies to the limit when you need it most. Go beyond the limits of maximum speed with easy-to-use AMD OverDrive and AMD Catalyst Control Center software suites. But the best part of all? Youll get all this impressive performance at an unbelievable price. Youll be asking yourself what competition? in no time.