As most enthusiasts will know, Eyefinity is not a new technology. One could even say it is not truly an AMD innovation as multiple screen setups have been in use in a variety of industries for quite a while now from stockbrokers to the military. This is mainly due to the productivity increases it allows (up to 50% according to some sources e.g. Microsoft). However, Multiple monitor setups only broke into the gaming fraternity in late 2009 with the Eyefinity capable AMD HD 5000 series. Eyefinity was the latest 'must have' technology but as with most new technologies, it was plagued with driver problems and game support from the outset. Also, thanks to the cost of multiple monitors, it was prohibitively expensive both to run from a power consumption perspective and to purchase the required hardware in the first place. Monitor choice was also key as you had to have the correct capable resolutions along with the right amount of display ports be it VGA, DVI, HDMI, DP or a combination thereof. 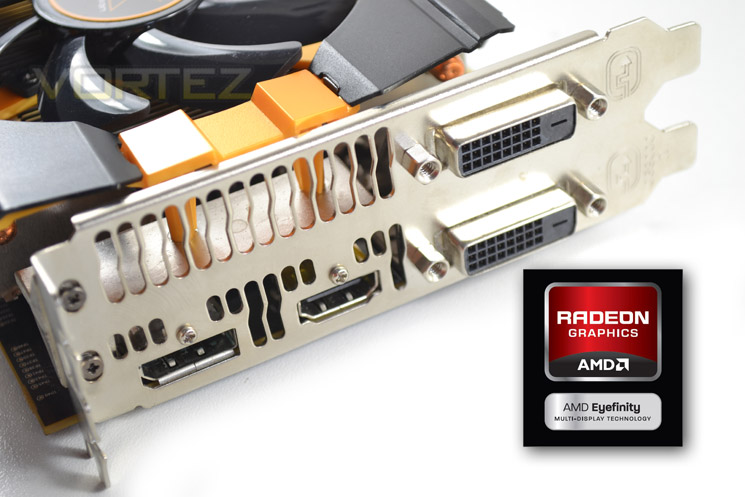 Fast-forward five years and today's monitors are not only cheaper and more power efficient but with 5 years to mature, Eyefinity technology is a much more viable technology supported by a huge amount of game. As we will show it is also extremely easy to setup thanks to massive improvements to AMD's Catalyst driver and software support, the latest of which allows the end user to incorporate mismatched screen sizes to create an Eyefinity arrangement.

Is Eyefinity for you? Only you can answer that we're afraid but if you are looking to buy into this technology we hope this article will give you a fundamental understanding of what is required, how it works along with our own impressions of one of AMD's key GPU/APU selling points. So go put the kettle on, sit back as we take you through the world of AMD Eyefinity.