👤by Alex Hull  Comments 📅11-10-11
Closer Look
We received a bundle that included the FX CPU for testing and a retail box, but no official cooling solution yet. In some of these shots there is an AMD Phenom II 1100T for comparison. 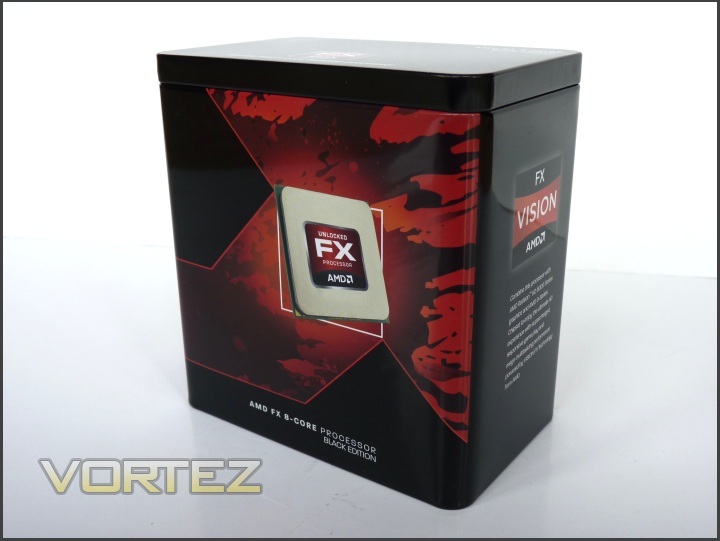 The retail packaging for the FX-8150. A good looking tin.

The FX-8150 is shipped in an attractive metal tin with a view of the CPU from one side. Also in the tin will be a stock air cooler. AMD are going to make available a water cooling solution for the FX CPUs, keep your eyes peeled for that. 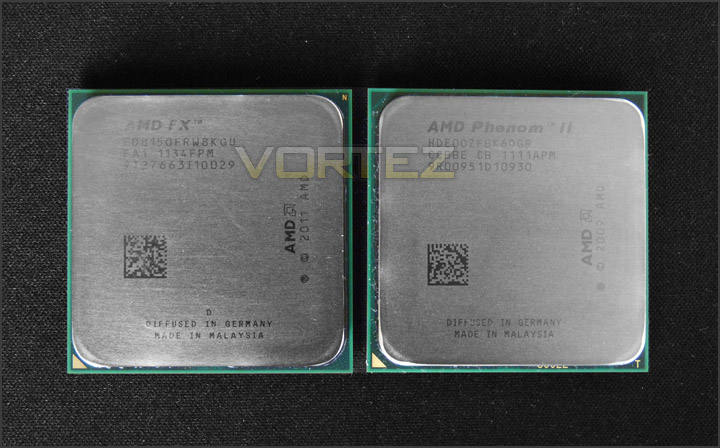 As you can see, on the face of it theres very little difference between the appearance of the Phenom II and the new FX chip as they are both using an almost identical packaging solution (i.e. AM3 and AM3+). This also means that all CPU coolers that were compatible with AM3 should also be compatible with AM3+, providing the cooler is efficient enough to deal with the TDP of your chosen processor. 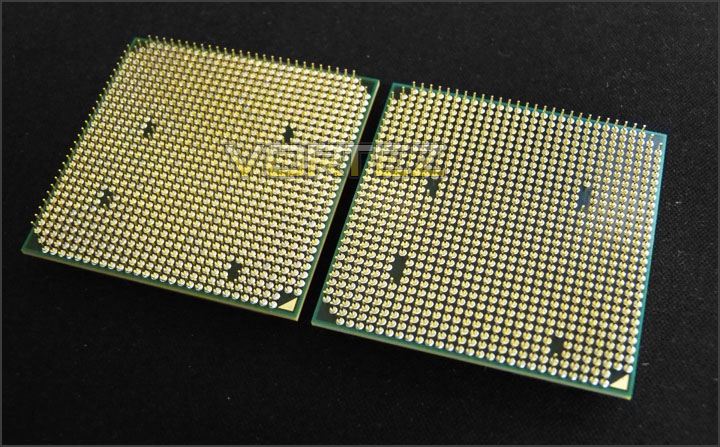 The underside of the processor is again very similar to the existing AM3 CPUs as you can see. The AM3+ CPU appears to have 2 extra pins, bringing the count up to 940. They are in such a place that allows the FX CPU to be installed into an AM3 socket, but only motherboards that have a compatible BIOS will be able to recognise it correctly. Even in this circumstance, it seems as though an AM3 board will not make full use of some of the energy saving features of the FX CPU nor will thermal management work correctly (including thermal fan control). This still needs to be verified. 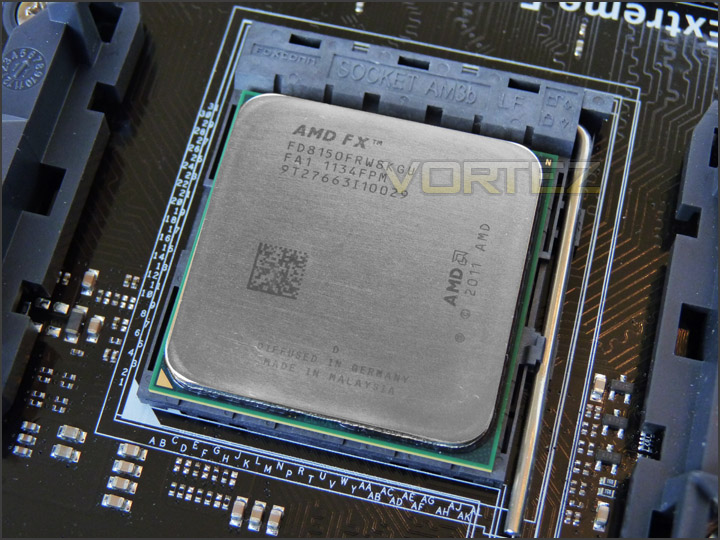 There are currently 137 user(s) online:
Google