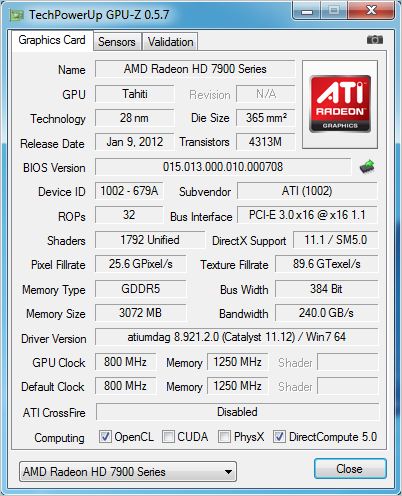 Above we see that the HD7950 is stock clocked to 800MHz on the core with a 1250MHz (5000MHz effective) on the 3072MB of GDDR5 memory. The HYNIX memory used on the HD7950 is rated at 5000MHz however as we have seen in previous reviews, this can often be increased further so we loaded up MSI Afterburner and set about overclocking both the core and the memory. 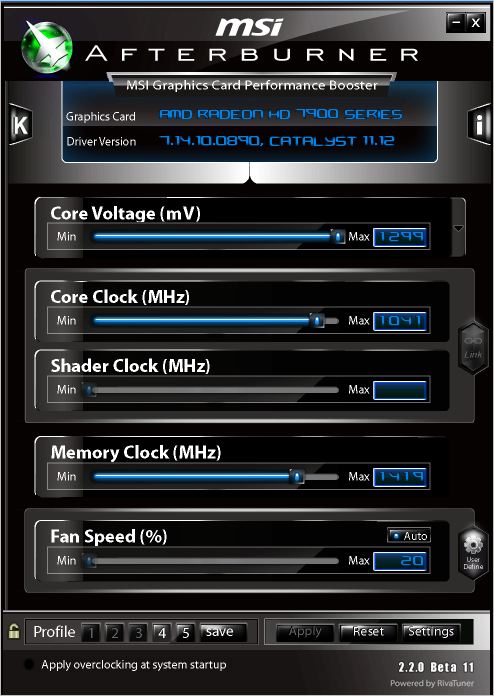 The core easily surpassed the 1000MHz topping out at an incredible 1041MHz! Similar results were had with the memory overclocking too with a maximum overclock of 1426MHz. These clockspeeds were 100% stable and were used for our overclocked runs during the benchmarking stage of this review. While the overclocks could go higher for one off runs, any higher than the values we displayed above resulted in anomolies (tearing/artifects/random freezing) so we backed down until stability was attained. At this speed it should beat the stock HD7970 so I look forward to viewing the benchmark results. 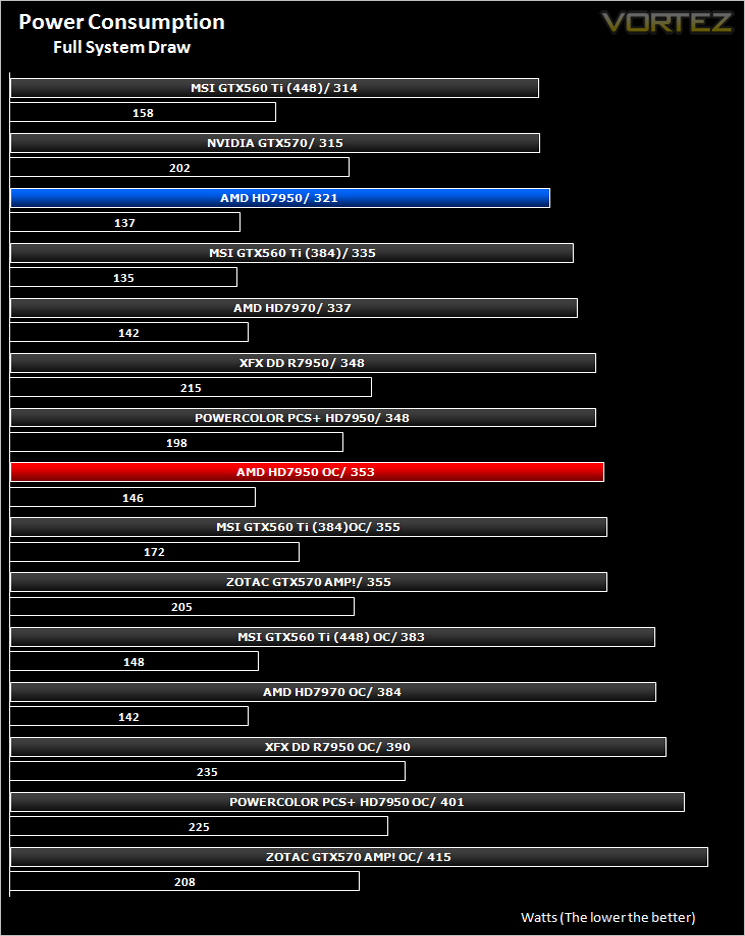 Under both load and idle states, the stock clocked HD7950 was one of the best performers on test thanks to AMDs ZeroPower feature. Even when overclocked the HD7950 only consumed a maximum 353W which is an amazing achievement for a top of the line X79 + high end GPU combination. 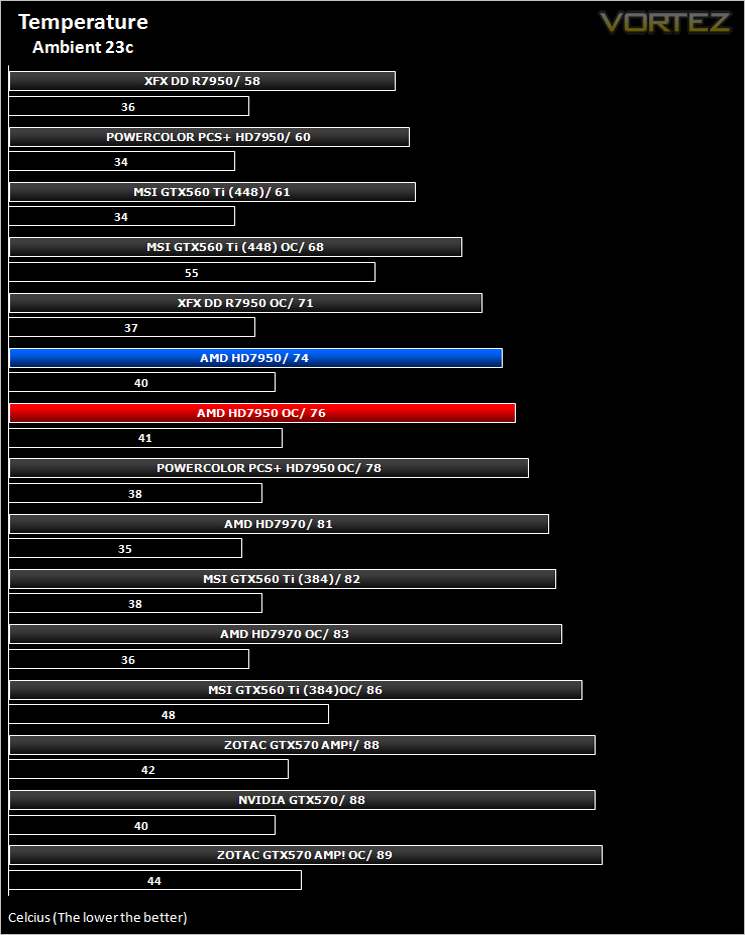 While not a disgraceful showing, I was surprised the card was only 5c lower than the higher clocked and more powerful HD7970. Still, at a maximum 74/76 stock/overclock temperature this is a very good performance. IT is also worth noting that even under the immense stress of Furmark, the fan noise level never raised above a murmur. Increasing the fan speed to it's maximum however made my ears bleed! Ok, maybe it wasn't quite that loud but the dog from next door started howling which goes some way to show you how loud this cooler is on full tilt. That said it is extremely unlikely you will ever need the fan level to be that high so it is not worth worrying about.