Today, we have our hands on the latest CPU from AMD - Piledriver. It is a revision of Bulldozer which promises to bring increased performance. Since Bulldozer was released, AMD have struggled to match Intel for their performance, even though Intel were only using half the number of cores on the chips. AMD have quoted that there will be an upwards of 20% increase in performance and we will be putting that to the test today to find out whether that is the case or not. We certainly hope so, AMD need to regain their lost ground that Intel have increasingly gained over the past number of years with their Core family of processors.

Piledriver is meant to bring us better performance over Bulldozer, but the thermal side of things have not been improved just yet. It is still rated at 125w which is a lot of power to be chewing through but if the performance/watt ratio increases, it may be justifiable. We will have to see how much of a gain there is in terms of performance before we jump to any conclusions. Without any further ado, lets dive in. 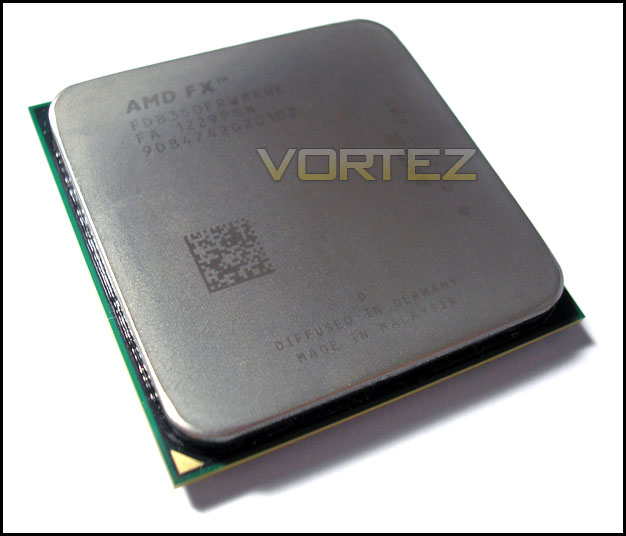 AMD's Overview of Piledriver
We call it the new AMD FX 8-Core Processor Black Edition and its unlocked for your overclocking pleasure. Experience unmatched multitasking and pure core performance with the 32nm 8-core desktop processor. Get the speed you crave with AMD Turbo CORE Technology to push your core frequencies to the limit when you need it most. Go beyond the limits of maximum speed with easy-to-use AMD OverDrive and AMD Catalyst Control Center software suites. But the best part of all? Youll get all this impressive performance at an unbelievable price. Youll be asking yourself what competition? in no time.