The progression of AMDs Ryzen CPU line from Q1 2017 launch through to today has been a breath of fresh air flowing through the desktop PC market. From upsetting the 'core count status-quo' to introducing PCIe 4.0, successive generations have been credited with turning around the fortunes of AMD and meaningfully uplifting the competitiveness of mainstream desktops. The first generation made Ryzen relevant, the third generation seriously eroded their competitions dominant position. Now its time for the fourth generation to make an impact.

AMDs Ryzen 5000-series is based on the brand new Zen 3 architecture that debuts with this range of products. A substantial evolution over Zen 2 rather than more minor iteration, in time the architecture should arrive in the server, HEDT and APU categories. Desktops, however, are getting it first.

That being said, the range wont satisfy the whole gamut of desktop system markets just yet however. It will launch with just four SKUs, broadly catering to gaming, performance and enthusiast segments from $300 USD to $750 USD (£250 to £750). More mainstream and budget-oriented builds arent in the frame for Zen 3 just yet, but older mid-range Zen 2 processors should serve as an ample stop-gap. 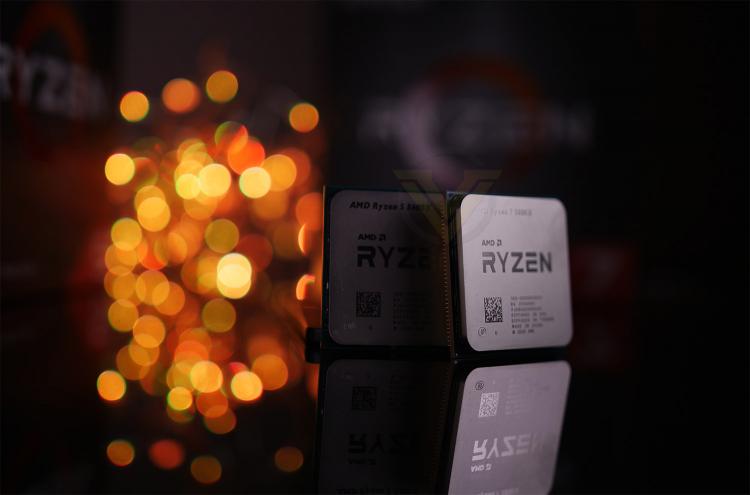 A large reason for bringing it to the desktop first has to be the mature hardware already available for which the 5000-series will be a near drop-in upgrade. These processors continue the legacy of the AM4 socket, and will be compatible at launch with the huge selection of 500-series motherboards that have been available since July 2019. Furthermore, selected members of the 400-series will also be receiving a UEFI BIOS update to unlock Ryzen 5000-series support (expected in January in many cases).

The Ryzen 5 5600X, Ryzen 7 5800X, Ryzen 9 5900X and Ryzen 9 3950X each occupy a similar position in the stack as their predecessors from the 3000-series. While there are plenty of changes under the hood, the specification sheet will bear many similarities with those of the Ryzen 3000-series for desktops.

Sixteen cores continues to be the flagship implementation, and the x600X, x800X and x9x0X SKUs will each have the same number of cores from one generation to the next. Base and boost clock speeds differ slightly and the headline cache values are unchanged, but dont let that fool you - AMD are projecting yet another step-change in performance without the need for more cores on the processor.

Central to that is a marked improvement in Instructions per Clock (IPC). AMD believe that they have nailed double-digit percentage improvements in this key metric (in the region of 19% averaged over a broad array of workloads), reversing the status quo when it comes to game performance in the process. Intels Core architecture has for almost a decade enjoyed a near-unrivalled lead in this arena, so AMD taking the crown here as well as in workhorse productivity applications would complete a dramatic reversal in the status of the two manufacturers.

Todays review will take you through the Ryzen 5 5600X and Ryzen 7 5800X. Equipped with six and eight cores and supporting twelve and sixteen independent threads respectively, they will form the backbone of the gaming and entry level enthusiast performance classes as the 5000-series launches.

The projected improvements in performance are counterbalanced however by an increase in cost. AMD are launching these CPUs with an MSRP of $299 and $449 USD, a $50 increase over their 3000-series counterparts thats also reflected higher in the stack. That will bite deepest at the most affordable end of the market, where customer budgets are tightest.

But we are getting ahead of ourselves. Overcoming Intels 10th Generation Comet Lake range will be a far from trivial matter even before you take into account that ranges atypically competitive pricing. AMD might have a process and technological lead, but application-specific and overall performance dominance is still to be determined.

AMD on their Ryzen 5000 Series Processors:
When you have the worlds most advanced processor architecture for gamers and content creators, the possibilities are endless. Whether you are playing the latest games, designing the next skyscraper, or crunching data, you need a powerful processor that can handle it alland more. Hands down, the AMD Ryzen 5000 Series desktop processors set the bar for gamers and artists alike.