👤by James Clewer  Comments 📅13-06-09
The CP-850:
I removed all packaging to get a good look at the CP-850. It's a simple and clean looking unit. The business end of the supply shows the PSU's trump card. Where you would normally find a lowly (and normally noisy!) 80mm fan resides a much larger 120mm fan. This is a PWM quiet fan which should provide very decent airflow whilst at the same time operate in near silence. 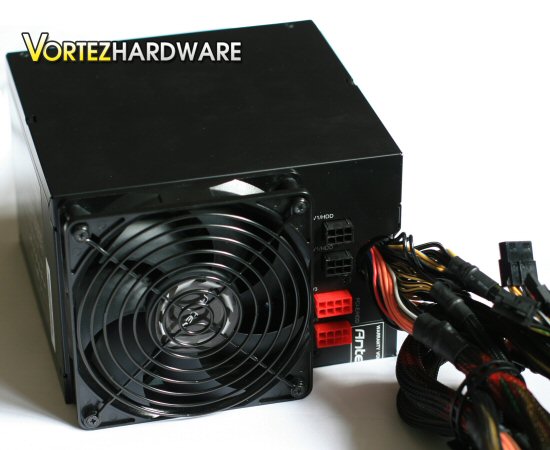 The height of the PSU's case is much greater than the standard ATX design. Of course this unusual shape allows for the inclusion of that 120mm fan but it does rule out its use in any cases other than Antec's own 1200, P183 and P193. The position of the 120mm fan is most important as it is the ideal location for drawing air efficiently over the components within the CP-850 and maintaining the airflow seen in most PC case designs. Many PSU designs use a 120mm (and 140mm) fan at the base of the PSU case... this is of course an inefficient design due to the airflow having to change direction to exit the rear of the unit... on top of that these intakes can easily be blocked by many PC cases and/or the components within.

Looking again at this portion of the PSU you can also see the selection of captive cabling consisting of the following: 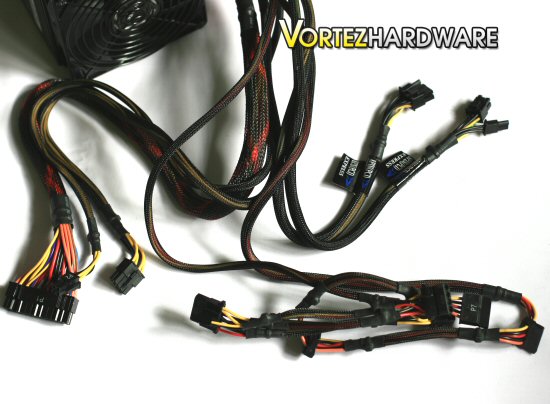 Pretty much enough for any mid/high level system never mind the modular expandability!

Also present are four modular sockets designed to work with the additional cabling that has been supplied. These consist of 2 upper 6-pin sockets in black (Rail 1) a middle 8-pin socket in red (Rail 3) and a lower 8-pin socket also in red (Rail 4). The extra cabling consists of the following:

The sides are a standard design with one side being completely blank (apart from a subtle Antec logo stamped into the metal) and the other stating the make, model and technical specifications of the unit. Tidy and to the point. 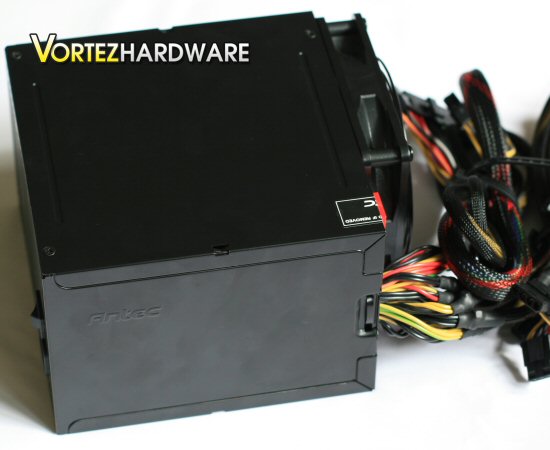 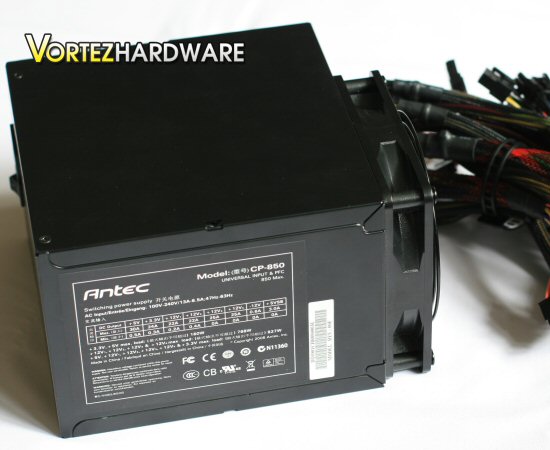 The back of the unit looks a little odd due to that extra height but from here you can clearly see Antec's approach. The additional space allows the use of dual PCB's, better component selection and better layout meaning costs are kept down while component and thermal performance are improved. A simple yet effective design it would seem. Hopefully this will follow through during testing. 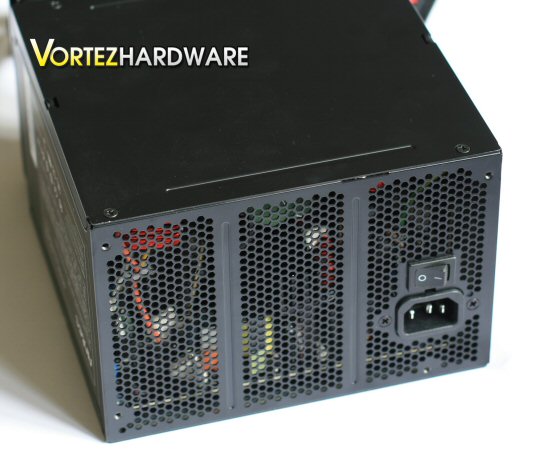