👤by David Mitchelson  Comments 📅22-08-12
Testing Methodologies & Results
Our testing methodology for testing Power Supply Units is limited to the multi-meter to show each rails performance due to us not having access to an ATE load tester.

Although this does constrain us slightly we can still monitor fluctuations on the rails and give the unit a good assessment when we feature it in one of our builds. The way the testing will run is simple, voltages will be observed at idle wattage and then a single GPU will be installed within the system and a combination of OCCT and MSI Kombustor will be executed to provide simulation with just 1 GPU. This will be run for 10 minutes. We will also be adding in another two GPUs to allow for dual and triple card configurations with SLI in order to generate as much power consumption as possible. The CPU will also be overclocked to maximise power consumption and strain. This should give us a good indication of how the HCP-1000 will perform under gaming stresses and beyond.

As I mentioned there is no ATE load tester available so generating as much power as possible is key to observing the fluctuations on the rails. 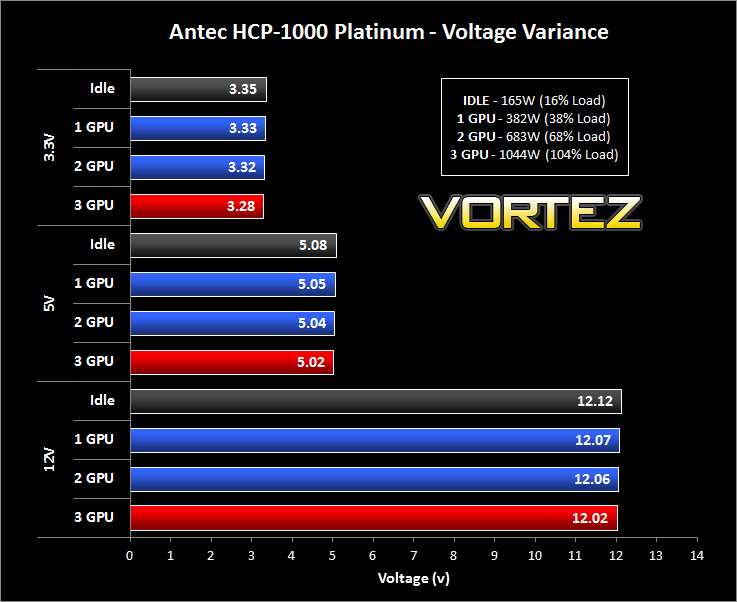