👤by James Clewer  Comments 📅21-09-09
Installation
Being an ITX build with all the components already fitted to the board the whole process was fairly short and sweet.

Motherboard in place with power and front panel connectors fitted. Even with the dual 80mm fan module in place the installation of the mainboard was very simple. The only issue i found was that the 4-pin 12v connector was only just long enough to reach the socket next to the CPU cooler. It meant that the cable had to trail across the whole board. A little inconvenient but it worked none the less. 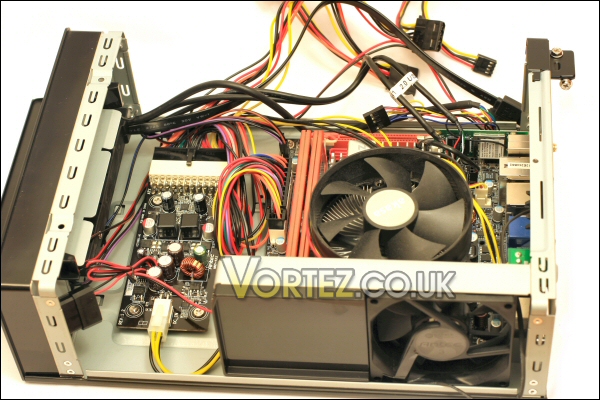 Next i installed the optical drive. Unfortunately i did not have a SATA drive so i made do with a standard IDE model instead... just to see how it all fitted! 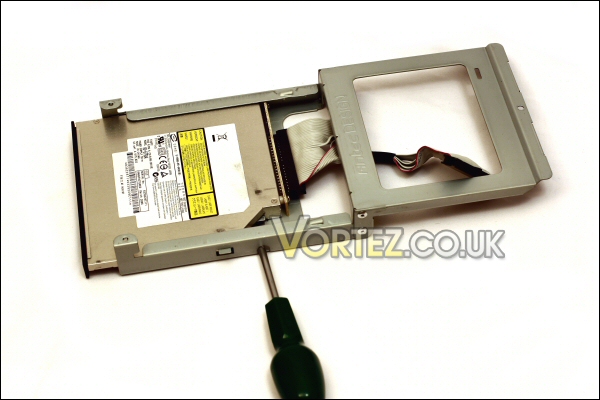 At this point i tried installing it into the case to see if the bay would clear the large Akasa heatsink. It went on like a charm with space to spare. Very impressed! 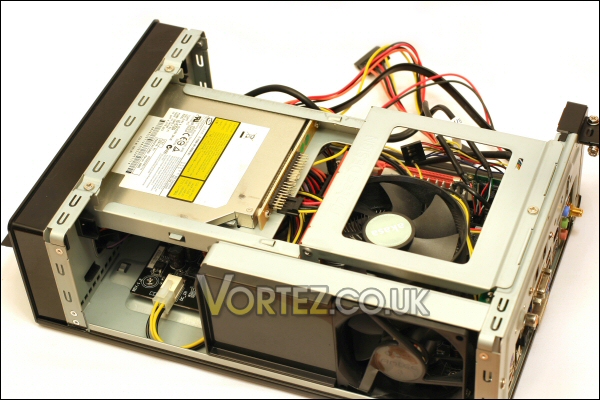 It fits into the case nicely.

I then installed the HDD into the caddy that piggy backs onto the optical drive. As you can see theres space for a second drive which would provide added capacity if it was to be used as a music or video storage and playback device. 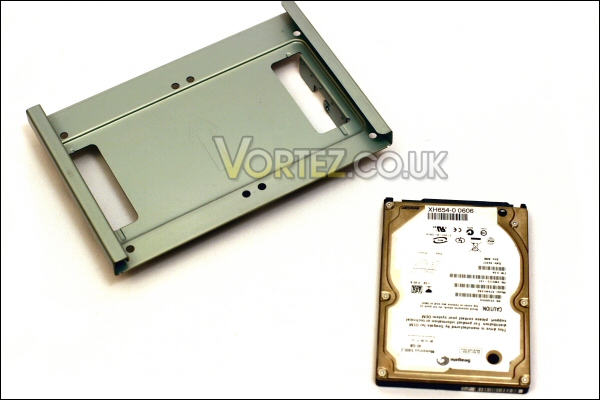 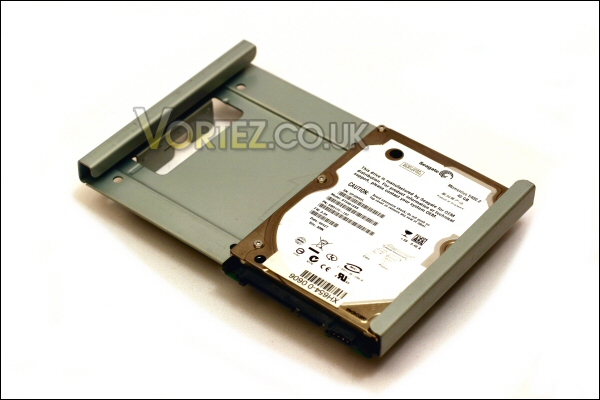 This final open case image shows all components installed and ready to go. It is tight compared to a normal case but for an ITX rig its surprisingly tidy! 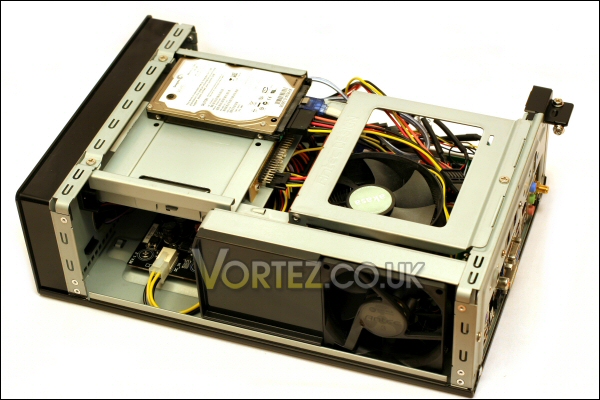 All complete and ready to go.

With the case closed and up and running it looks good. 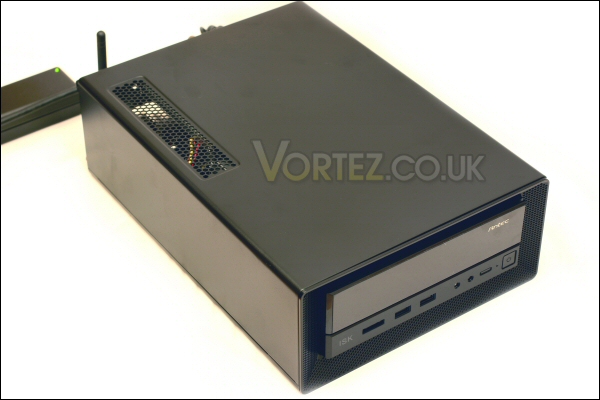 The optical drive is easy to get to and free of any obstructions. 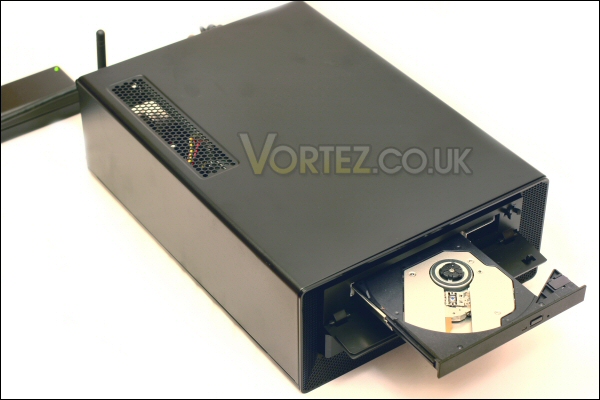 Optical drive ejects without any issues.

For those wishing to place it upright next to a monitor or to match the orientation of their consoles i also put it on its supplied stand. 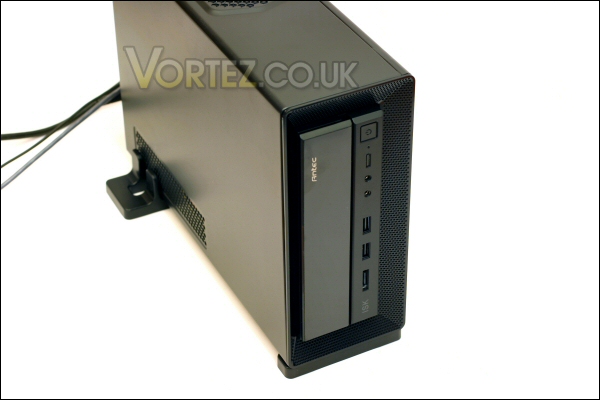