👤by David Mitchelson  Comments 📅21-03-10
Packaging and Twin Turbo Pro
If youve purchased ARCTIC COOLING products in the past, you will be familiar with the product packing approach that they take. The packaging for the Twin Turbo Pro is rather minimalist. The cooler and bundle are encased in a clear plastic shroud giving you a great view of whats inside. Whilst there are other areas of a product that take the spotlight, the packaging may not be the most important aspect of a product but its still an area that should be given attention and I quite like the approach that ARCTIC COOLING take. It allows customers to inspect the product inside.

Flipping the packet over, on the rear side we have information regarding the features, specifications and bundled accessories. 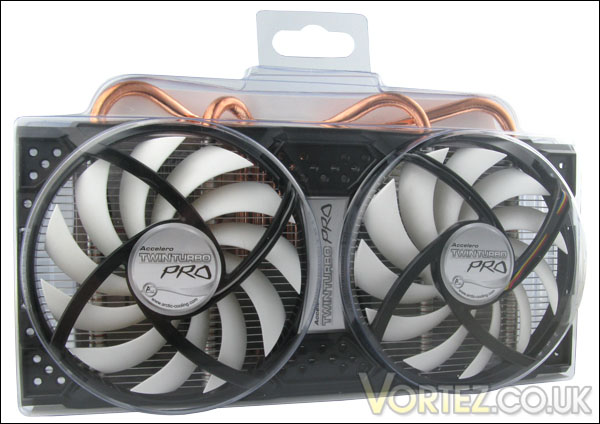 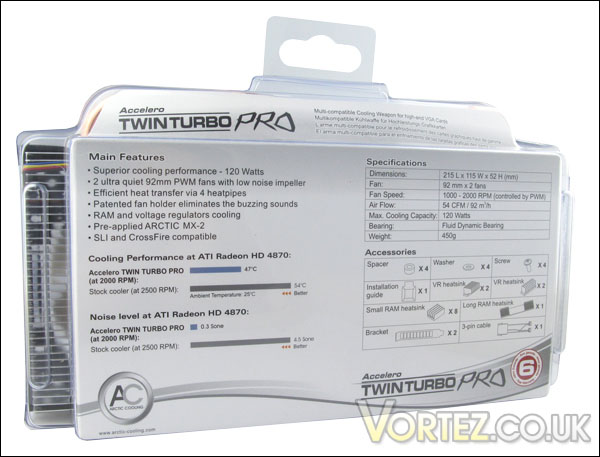 Opening the packet reveals the contents which include the following.

Upon opening the Twin Turbo Pro, we aren't met with something that we haven't seen already because of the transparent casing. The cooler has the notorious black and white fan make-up. There are four rather thick heatpipes that stem from the GPU plate. The Twin Turbo Pro takes quite a conventional approach of following the Accelero design by its looks and methods. On the GPU plate there is some pre-applied MX-3 paste - be careful not to touch this as it will obviously get stuck to your fingers and will interfere with the smoothness of the surface finish.

In this review I've taken two approaches in order to provide the reader with a good all-round observation of the Twin Turbo Pro. I've compiled a video tutorial on how to apply the cooler, and have taken some photos for those wanting to get a closer look at the installation process. So, over the page we will being installing. 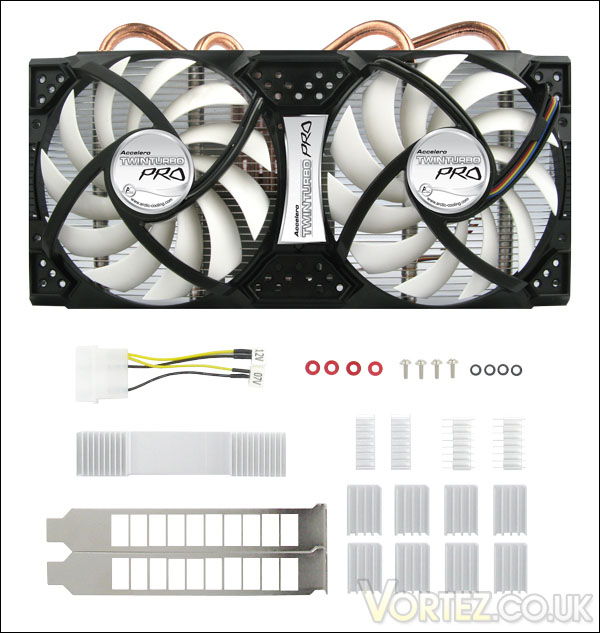 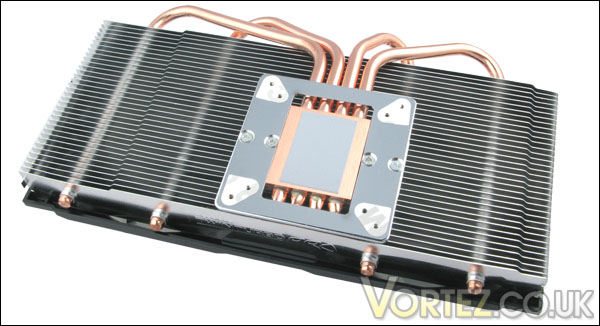