👤by David Mitchelson  Comments 📅21-03-10
Problems
As you can tell from the results, the Twin Turbo Pro is far from a satisfactory solution for the HD5870 in our Furmark benchmark tests. Those results weren't concluded in a momentary observation either. Hours of testing, reseating and buying thermal tape and solution to cleanup the mess of taking the cooler on and off the card. The results were obtained after much toil and those the VRM/RAM heatsinks have been re-applied at least three times before compiling those graphs.

I have been in contact with ARCTIC COOLING regarding the shoddy thermal abilities and have been told that the thermal tape has been revised since the S1 cooler. Now I wouldn't like to undermine anyone but the RAM/VRM components on the HD5870 get hot very quickly, small heatsinks aren't going to be sufficient to dissipate massive amounts of heat, and at the first instance they don't even properly bond to the components anyway. With the superior sticking properties of the Akasa tape, we are still seeing poor performance. Thermalright have a cooling solution solely for the VRM on the HD5870/5970 so surely there is a need for some high-end heatsinks to cater for the massive temperatures that this ATI card generates.

At both the 5V and 7V operating levels the temperatures of the VRM chips were reporting over 105C and I wasn't prepared to allow the test to continue any further. The stock reference cooler on our HD5870 reported 33C less, surely this indicates that those tiny heatsinks are inferior. 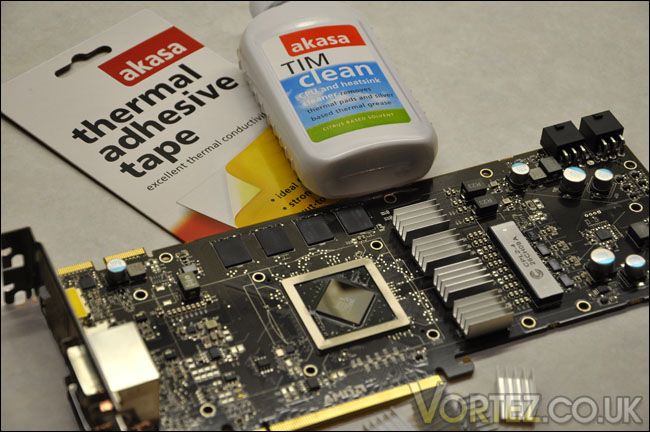 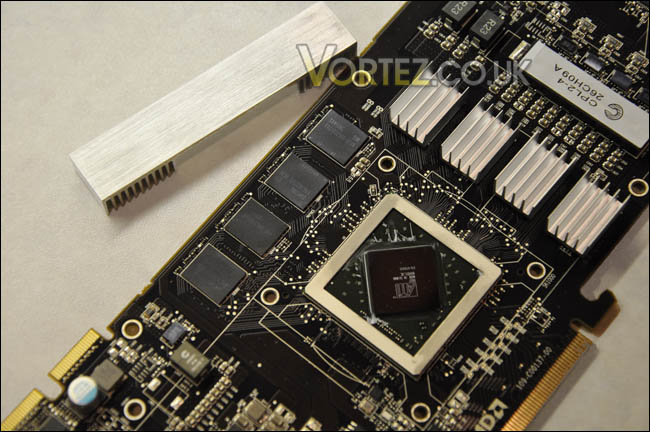