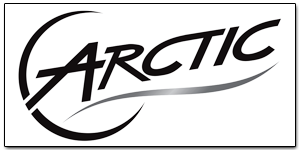 
You'd be forgiven for only recognising the ARCTIC Cooling brand within the ARCTIC stable - for some time they have been a significant presence in the aftermarket cooling arena for CPUs and VGA cards. However that is not their only area of interest; ARCTIC also manufacture and sell diverse products - from hobbyist toys to PC peripherals. In February of this year Vortez were lucky enough to review the MC001-BD Home Theatre PC with Blu-Ray, which earned a Silver Award due to its breadth of features and totally silent operation, so we're not unfamiliar with ARCTIC's HTPC credentials.

For review today is the MC101-A10 Home Entertainment Centre, a compact HTPC based around the new AMD Trinity APU platform. As you will see, the raw specs of the MC101-A10 are significantly improved from the MC001-BD making it a more well rounded system for the front room or the bedroom. Whilst not silent, ARCTIC have brought their cooling expertise to bear with the aim of very low noise operation to create a more pleasant experience when watching High Definition Video, Digital Terrestrial TV and Internet browsing. ARCTIC note about the MC101-A10:


The MC101 (A10) is an artistic combination of elegantly-brushed silver aluminium design with the latest APU technology. It is featured with the latest high-speed AMD APU processor Trinity A10-4600M, extreme 3D HD graphics that is ideal for gamers, up to 8 GB RAM, massive HDD storage, pre-installed Windows® 7 Home Premium (Windows 8 ready), TV tuner and numerous ports for extensive connectivity.

AMD's A10-4600M is the latest generation of AMD APUs, codenamed 'Trinity'. Rather than the up-to x86 STARS cores (based on AMD Athlon II 'Llano' CPU cores) seen on the 3000-series APU's, the A10-4600M features two Piledriver modules. Piledriver itself is an evolution of the controversial 'multi-thread optimised' Bulldozer architecture - controversial mainly due to missing performance expectations. Each Piledriver module features two cores that share a proportion of the uncore, hence why these APUs are generally labelled 'quad-core' in marketing literature. The 4600M is clocked at 2.3GHz, though turbo modes allowing it to reach 3.2GHz under specific load conditions.

The graphic portion of the A10-4600M package is a HD 7660G, featuring 384 Radeon GPU Cores on die clocked at 438MHz-685MHz. It should be stressed that these graphics cores are not based on the Graphics Core Next architecture seen in AMD's 7000-series of discrete graphics cards; the 7660G utilises the VLIW4 architecture of the later 6000-series AMD GPU's. This is still a major upgrade from the previous generation of APUs, and probably the most powerful graphics seen on-die to date.