👤by Matthew Hodgson  Comments 📅11-10-19
Closer Look
Now to take a look at the motherboard itself. The urban camouflage style with black, silver and white components looks fantastic and if paired with a bunch of the now-available white components, should look great as a complete build. The X570 Steel Legend conforms to the 305mm x 244mm ATX form factor. 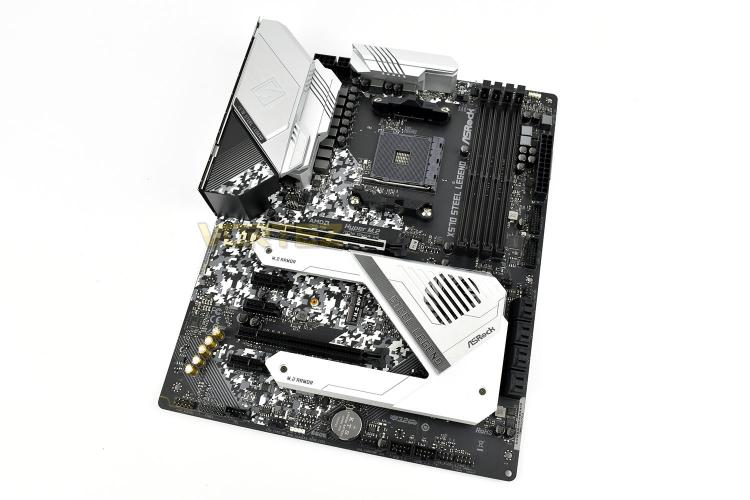 ASRock have opted for an 8+4 power connector arrangement to feed a 10-phase power design with Dr. MOS power staging and premium 60A power chokes, which should be ample for the 3900X and incoming 3950X, if you wish to opt for either of those. 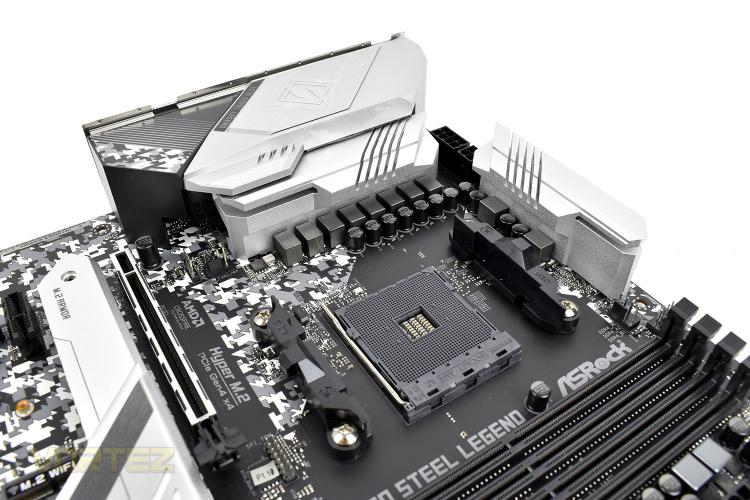 To the right of the AM4 socket is a quartet of DIMM slots which can take advantage of the latest 32GB modules for a total of 128GB with support for frequencies up to 4666MHz.
Along the right edge theres a pair of USB 3.0 front headers. 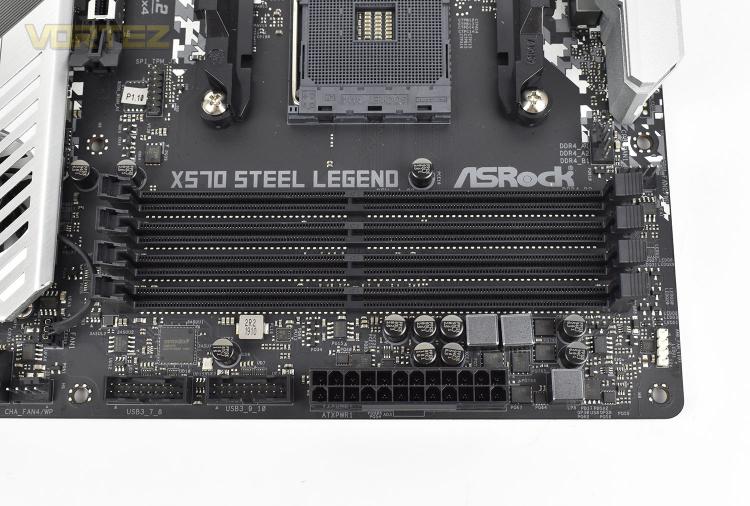 The bottom end of the motherboard is dominated by a large white/silver heatsink with an attached 40mm fan, something that has become synonymous of the X570 chipset. The heatsink has to be removed with the three small black screws to install an SSD into either of the two M.2 NVMe 4.0 slots.
Along with the M.2 ports are a trio of PCI-E 4.0 x1 slots and a pair of PCI-E 4.0 x16 slots, one of which is steel armoured for increased strength and resistance against shearing/warping.
Further to that, theres an M.2 WiFi connection for a 42/20 card, available from around £15 in the UK. Further provisions have been made for this which well show you on the rear I/O. 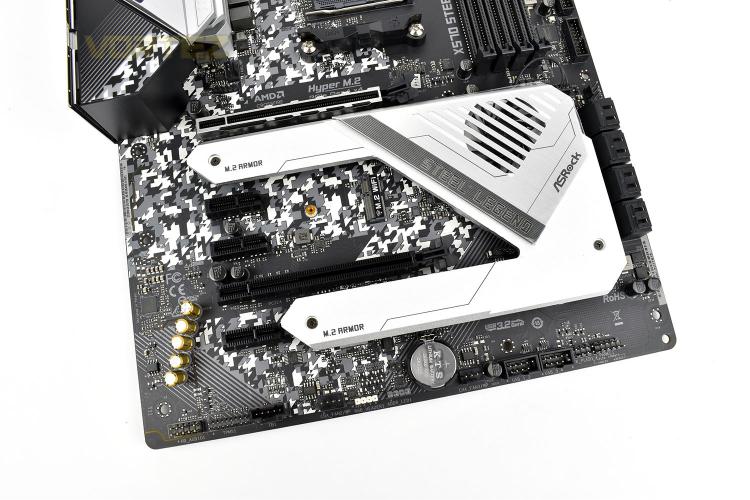 With the M.2/FCH heatsink removed, one big issue becomes evident, as well as a smaller one. The heatsink is made up of one piece of cast aluminium so any M.2 NVMe SSD that you choose must arrive without its own heatsink, or at least be easily removeable. Both of the NVMe 4.0 SSDs currently on the market have a pre-installed heatsink so make of that what you like.
The smaller of the two problems is, ASRock have equipped the FCH heatsink with a fan but theres nothing close to resembling an array of fins to help with thermal transfer so the effectiveness of that fan might be questionable. 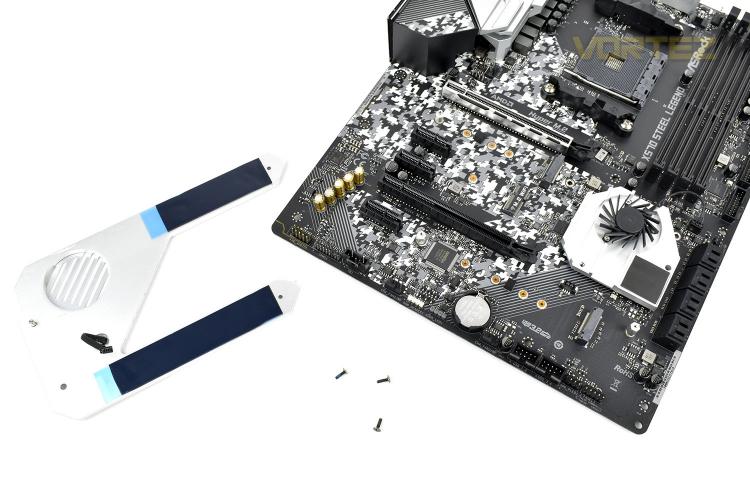