👤by Matthew Hodgson  Comments 📅18-09-19
Closer Look (Continued)
Under the vented section of the M.2 heatsink is a small 40mm fan, this serves two purposes of helping to cool the attached NVMe SSD and the AMD X570 FCH. 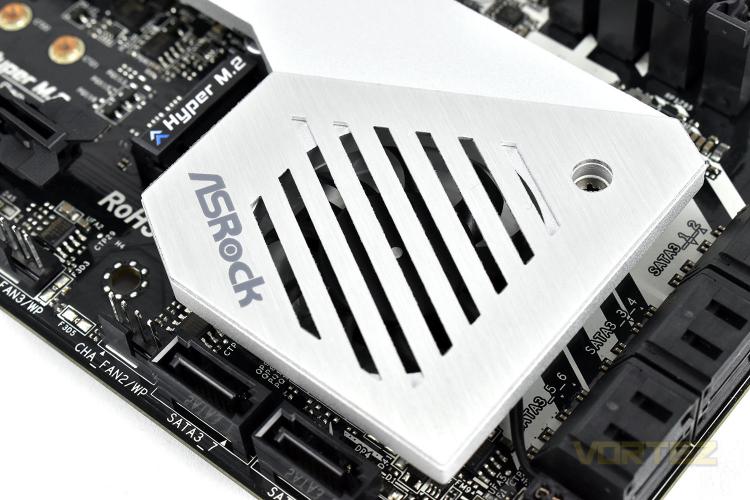 Removing the heatsink via the two small screws, the aluminium piece underneath is relatively simple with a distinct lack of additional surface area that would allow the fan to spin less often, or at a lower RPM. 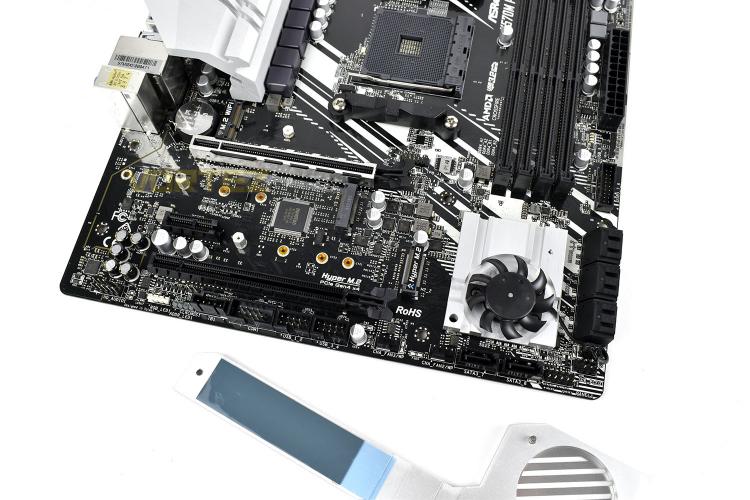