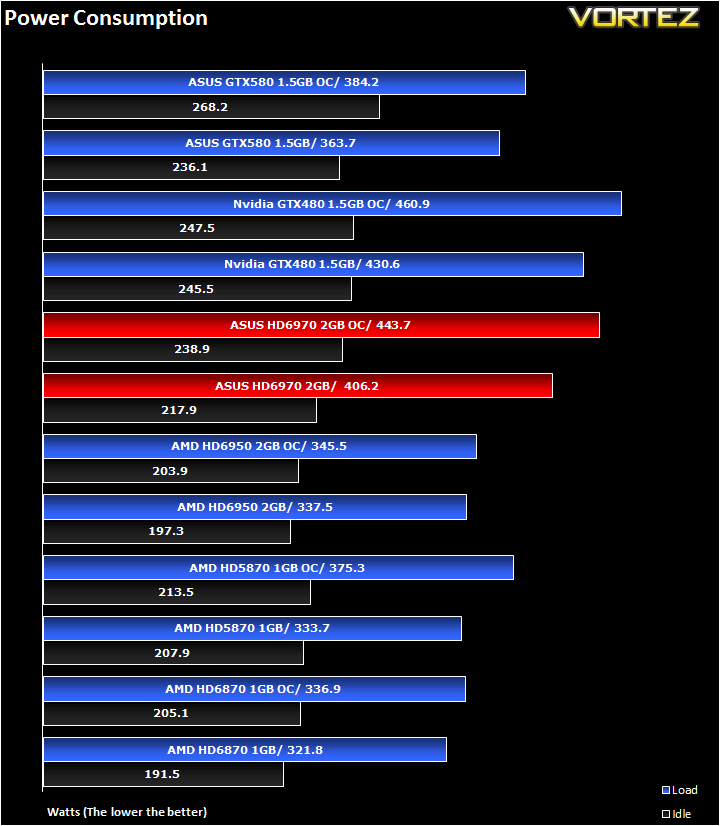 Power consumption is now the HD6970s strong suit and early claims that it was a power hungry card comes to light here. At stock speed, it draws 70W more power than the HD6950 and when overclocked, its the second most power hungry card on the chart, behind the notorious GTX480. In fact, even the GTX580 is more efficient despite being more powerful. It is important to point out that the overclocked HD6970 was running at higher than reference voltages but so were the GTX480 and GTX580 in these cases. Its disappointing to see such figures given how efficient the HD6950 is and the Barts core that came before it. The high power consumption is indicative that PowerTune might have limited overclocked performance.

There are currently 637 user(s) online:
Google